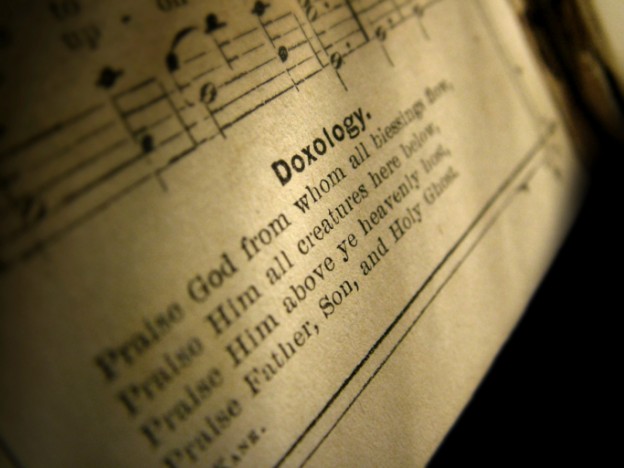 Worship pastor Drew Causey shares 5 of his favorite modern hymn artists, arguing that the depth of writing in the hymnody of the Church is something people love (and desire), and when style of music can become a means to this end, the Church only benefits.

I love hymns. As a worship leader in a modern context, that fact surprises people sometimes. A few years ago, I arranged a version of the hymn “I Stand Amazed in the Presence” for our church, and after the service, a woman approached me and asked me about the song.

“I really liked the new song we did today.”

Thanks! It was one of my favorite hymns to sing in the church where I grew up.

Interestingly, this isn’t the only time I’ve heard this idea. The depth of writing in the hymnody of the church is something people love (and desire), and when style of music can become a means to this end, the church only benefits. For this reason, I am glad to see so many songwriters drawing from the hymnody of the church for inspiration and direction in their songwriting. Even more exciting to me, though, are the numbers of hymns that are simply being rearranged by songwriters and offered back to the church. Here are a few of my favorite musicians and bands who are rearranging hymns for the church to use today:

Reid and Latifah Phillips and Dann Stockton formed the band Page CXLI with a strong desire to make hymns they loved accessible for the church. After a series of releases, they decided this year to release albums in parallel with the liturgical calendar as well. They have turned out a lot of music in a very short time, and there are some great arrangements of a number of classic hymns on their albums.

This Louisville-based collective from Sojourn Community Church has published a number of original songs worth singing in the church, but has also spent considerable time arranging hymns in new and musically exciting ways. Two of their albums feature some “deep cuts” of Isaac Watts lyrics that have wonderful musical and theological depth. Plus, Brooks Ritter’s voice is just exceptional.

Singer/songwriter Jill Phillips has one of the most wonderful voices I’ve ever heard live, and I was thrilled to hear she released an album of hymns called “Kingdom Come”. Every song is both familiar and new, and most of the arrangements are very accessible even for young worship teams.

Under the umbrella of Mars Hill Church in Seattle, Mars Hill Music has a number of artists releasing worship music these days, and most of these groups record hymns as at least part of their musical offering. Stylistically, there are a wide range of offerings coming from this label, including the modern rock of the band Citizens, the horn-infused praise of Kings Kaleidoscope, the anthem-driven band Ghost Ship, or the vocal-driven nostalga of the Sing Team, not to mention the albums of other groups like Ramshackle Orchestra or pastor and former Thrice frontman Dustin Kensrue. There is a lot to explore here, and some fun and original arrangements to be found.

Indelible Grace began at Belmont University with a group of students hoping to delve into the rich tradition of hymns for the sake of the younger generation of believers on their campus. Names like Sandra McCracken, Andrew Osenga, Matthew Perryman Jones, Derek Webb, and Matthew Smith as well as numerous others have contributed to a huge catalogue of hymn arrangements and recordings that draw from the hymnody of the church as source material.

Beyond these largely hymn-focused recordings and groups, there are plenty of amazing hymn arrangements out there, including worship leaders like Chris Tomlin and Charlie Hall, artists like Leigh Nash and Daniel Renstrom, and even bands like Hillsong and Bethel. Feel free to add to our list some of the hymn arrangements you’ve used in your church in the comments.

View all of our articles on Art & Literature.

GET THE BOOK: Making Manifest by Dave Harrity, a 28-day devotional based on poetry, prayer, writing practice, contemplation, and personal reflection.