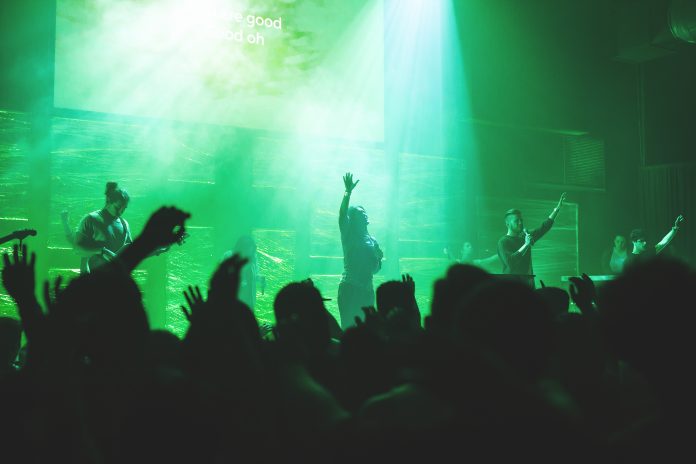 I am neither a prophet nor the son of one.

Yet, as a young-ish university professor and a pastor, I am often asked about the challenges facing the American church in the 21st century.

What are some of these?

The following four answers are not exhaustive or infallible, but they are honest.

In past generations, and especially in the Bible belt (where I live), religious leaders propagated the notion that there was a “moral majority” of Bible-believing Christians, who simply needed to be mobilized in order to (I apologize…) “take back America.”

Whether this was ever true may be debated. Yet in recent years, it is increasingly obvious that the idea is simply delusional. Committed Christians are nowhere near a place of numerical dominance, either within the larger culture, or within the self-identifying “evangelical right”—as illustrated by the embarrassment that is the rise of Donald Trump. Given this, we Christians are in no position to throw our cultural weight around. Those days, if they ever existed, are long since over.

So what cultural image should replace that of the not-so-moral non-majority? Let me suggest a biblical one: the vocation of a missional minority in a place of cultural exile.

But first, some qualifiers: Exile is not the same as persecution. Before throwing around the “P”-word, American evangelicals should turn on the world news, to find out what the term actually means. Also, in the Scriptures, exile isn’t all bad, nor is it the end of cultural engagement. While often a penalty for sins committed (of which we have more than our fair share), exile is a place of repentance, reflection, and of contribution to “the peace of the city” (Jer. 29.7).

To use an oft-quoted phrase, it means being a counterculture for the common good.

So while cultural exile doesn’t mean an end to mission, evangelism, or renewal, it does mean that we stop pretending that we can dictate demands based on our massive size or political influence. In doing so, we come to grips with life on the margins, where Jesus lived, and where the early church took root.

Cultural exile isn’t the end, but it does demand a change in posture, and that brings us to a second challenge.

For Cable and Internet providers, “bundling” is a way to offer more for less. Why pay separately for certain items (TV, phone, and Internet) when they come prepackaged?

But when it comes to theological and social issues, “bundling” can be bad. Hence, another challenge for the American church will be to unbundle some personal and political opinions that have been oddly intertwined with the core commitments of the gospel, and then sold as a set.

In short, we need to be clearer about what are “gospel-issues” and what are not.

Some examples: One’s love for the 2nd amendment is not a gospel issue (at least not in the way that some seem to think it is). Nor is one’s opinion on which form of governance leads to human flourishing. Whether one endorses capitalism or sees it as morally deficient is a question over which good Christians may disagree, so long as our goal is neighbor-love as an expression of our love for God.

By all means, debate. Have strong opinions and back them up. But, do not bundle them together with the core commitments of our faith (Christ, Trinity, salvation, and the call to Spirit-driven holiness) and call it evangelicalism. Doing so does great harm to the gospel. In this way, unbundling the extraneous issues (without letting go of core commitments!) will continue to be a major challenge.

3. Responding to Science (Without Relinquishing our Reason)

When I did my seminary training in the early 2000s, “postmodernism” was all the rage. At the time, whole cottage industries sprung up over rumors that certain churches were “emerging,” and there was a furious run on prayer candles and black-rimmed glasses.

I barely got mine.

Modernity was passé, and with it the preoccupation with Reason and Science as ultimate guides to truth.

Around this same time, I recall a classroom discussion in which a visiting professor was asked about what came next. What follows on the heels of this initial version of postmodernism? I still remember what she said—For many, it will be a reinvigorated “Scientism.”

This was before I had even heard of “The New Atheism,” but the thought was prescient.

From the “born that way” argument, to evangelical debates on the historical Adam, and on to some of the fastest growing Christian podcasts (See The Liturgists and Science Mike Mchargue)—Science is posing serious questions to the Christian faith.

And thoughtful Christians must respond in thoughtful ways. Neither fundamentalist antagonism nor blanket acceptance of the “assured results” will do. Thus, while groups like “Answers in Genesis” and “Biologos” provide polar (and not always satisfying) examples of Christian engagement, the question remains an open one: How will the church engage with scientific questions without compromising our commitment to the gospel?

4. Speaking in Tongues (While Saying Something Substantive)

As I teach freshmen college students every semester, one reality is clear: Most of them don’t know the first thing about the Bible or Christian theology. And that includes the ones who have grown up in church. In some ways, this reality affords an opportunity, and I am grateful for it. The situation is largely not their fault, and it does not mean that they are unintelligent or apathetic.

For better or worse, most of them are familiar with the “bundles” of American evangelicalism (see above), but that’s about it.

And this presents a paradox.

On the one hand, it requires that we start from the beginning in the Christian story. We assume nothing, and we meet people where they are. In short, this must happen when you tell your story from a place of exile.

On the other hand, it will not work to simply abandon careful study of the Scriptures, robust doctrine, and nuanced theology. This is the very move that helped create the problem in the first place.

After all, what would you know of Scripture if every sermon you heard was little more than a motivational pep-talk, a moralistic drubbing, or a practical guide to better life? These moves are understandable in the quest to be relevant and understood—so we shouldn’t simply bash the efforts of the Seeker movement or the hardworking mega-churches. But if we’re not careful, the breathless chasing after relevance perpetuates the problem.

In short, we need the power of the Spirit to “speak in tongues.” And while I deeply love my charismatic brethren, I don’t mean this in the common sense. We must come to tell the scriptural story as the first apostles did (Note: Peter’s Acts 2 sermon was as biblical as it was blunt). But, we must also do this in ways that can be understood by our hearers, and this is difficult. In fact, it is so difficult that, if it happens at all, it will be miracle. Yet as a Christian, I believe in those.

The future is not lost; let us then engage it with hope and holiness, grace and truth.