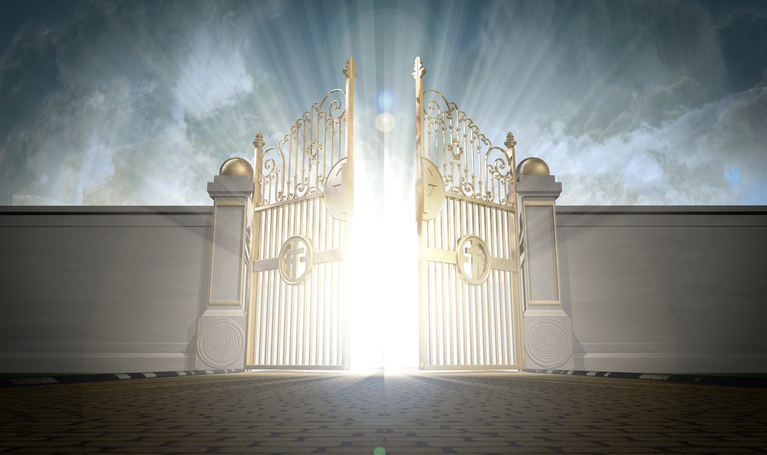 When you offer the gift of salvation in evangelism, do you contrast heaven with hell? When you give thanks to God for the life and death of Jesus Christ, do you have in mind an eternity spent worshipping at the feet of Jesus? When you sing about the great promise of God through hymns and contemporary song, is it with reference to a place away from here, where time will fade away and your true, immaterial home replaces this earth? If so, it may just be that the Bible’s message isn’t the source of your hope and understanding of the gospel.

In a recent book, A New Heaven and a New Earth: Reclaiming Biblical Eschatology (Baker Academic, 2014), J. Richard Middleton offers a challenge to the contemporary church: reclaim the Bible’s holistic vision for salvation and the afterlife. Middleton demonstrates that the grand sweep of Scripture (and specific texts) doesn’t promise a disembodied eternal state in “heaven,” as is often depicted in popular song and sermons, rather, it has always presented a this-worldly gospel of resurrected bodies that is tied to a restored heaven and earth. This has serious implications for the church’s witness and mission, and Middleton lovingly but faithfully challenges Christians to consider the ethical implications of this paradigmatic shift in understanding.

Below are six references to Scripture that are often overlooked, misunderstood, or ignored on grounds other than a commitment to faithful biblical interpretation. You can find these examples with fuller explanations beginning on page 156 in Middleton’s book. In a later chapter he deals with texts that on the surface seem to suggest that God is going to destroy this earth in judgment.

Repent therefore, and turn to God so that your sins may be wiped out, so that times of refreshing may come from the presence of the Lord, and that he may send the Messiah appointed for you, that is, Jesus, who must remain in heaven until the time of universal restoration that God announced long ago through his holy prophets. (19-21 NRSV)

Notice that Jesus’ work, at his second coming, will be the universal restoration of things. It won’t be destruction, nor even primarily judgment, though judgment won’t be absent, as v. 23 indicates. This passage instructs us that the created order is not going to be destroyed, it will be restored.

He has made known to us the mystery of his will, according to his good pleasure that he set forth in Christ, as a plan for the fullness of time, to gather up all things in him, things in heaven and things on earth. (9-10 NRSV)

The plan of God, here, is to “gather up” all things unto Christ (translated variously by differing translations). This bringing together is the opposite of what sin does in fragmenting and dividing creation. While sin creates chaos, God’s salvation brings order and peace, not destruction. A restored, united creation will be the inheritance of Jesus Christ.

Here again we see the theme of reconciliation—the bringing of things together by removing that which alienates. This reconciliation is cosmic and wide, it includes the heavens and the earth.

Notice the two critical aspects of salvation: the freedom that the entire creation awaits as participation in the glory of God’s children, and the material blessing of redeemed bodies for God’s children. The personification of creation stresses the concern of God for this material world and his concern that humanity care for it properly.

But the day of the Lord will come like a thief, and then the heavens will pass away with a loud noise, and the elements will be dissolved with fire, and the earth and everything that is done on it will be disclosed. Since all these things are to be dissolved in this way, what sort of persons ought you to be in leading lives of holiness and godliness, waiting for and hastening the coming of the day of God, because of which the heavens will be set ablaze and dissolved, and the elements will melt with fire? But, in accordance with his promise, we wait for new heavens and a new earth, where righteousness is at home. (NRSV)

While this passage certainly suggests that the created order will be put through the ringer of fire, in biblical imagery, fire is regularly a purging, refining fire just as often as it is a judgment-bearing fire. And while the exact measure of continuity between the current earth and the “new earth” is uncertain, what is clear is that the future promise for the church is a material world that is free from the destructive effects of sin.

Then I saw a new heaven and a new earth; for the first heaven and the first earth had passed away, and the sea was no more. And I saw the holy city, the new Jerusalem, coming down out of heaven from God, prepared as a bride adorned for her husband. (NRSV)

The book of Revelation, after all of its complex imagery and messages, ends with a picture of a renewed creation. The final state is not an immaterial “heaven,” it is a home here on earth. Notice that the New Jerusalem comes “down” from heaven to earth, in order for God’s people to be able to inhabit it.

How does this change your future hope, if at all? How might it impact your kingdom ethic? Learn more on this subject with the following Seven Minute Seminary videos: “Will Our Heavenly Bodies Be Immaterial?” (Ben Witherington III); “The Christian Afterlife” (Matt O’Reilly); “The Good News of the Resurrection” (Larry Wood).