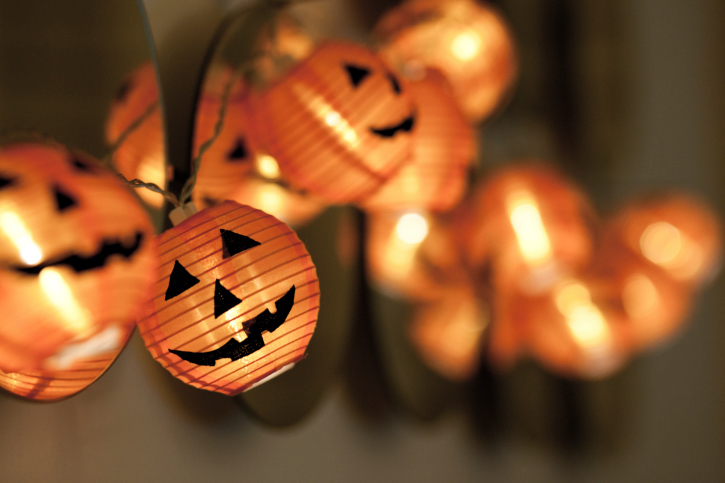 As with other holidays, Halloween seems to have a mixture of both pagan and Christian origins. It is a testimony to the uneasy relationship that church tradition has often had with the culture it meets and then inhabits. This explains in part why it is difficult to find definitive origins to many modern day Halloween traditions. As you’ll notice below, determining which tradition borrowed from the other, and at what time exactly, has proven to be challenging.

1) Halloween is a contraction of “All Hallows’ Eve,” which is also known as “All Saints’ Eve.”

3) Many believe some elements of the holiday to have originated from the Celtic harvest festival of Samhain in Scotland and Ireland, which was a time when the spiritual and natural worlds overlapped more than usual.

4) Various traditions have been suggested for the origins of pumpkin carving, including the Celtic practice of carving scary images onto turnips to ward off spirits during Samhain, or the Christian practice of representing deceased persons’ faces in jack-o’-lanterns at feasts.

5) The element of food on Halloween is related to multiple traditions. Most likely, it is associated with setting out treats for the visiting spirits of deceased relatives, or with the poor going around to collect cakes in exchange for prayers or other oral performances.

6) It is possible that costumes were originally worn by children dressed up to commemorate earlier saints, or by the public dressed to disguise their identity from wandering spirits wishing to inflict vengeance.

7) The greeting “Trick or treat” was a demand made by trickster children in the early 20th century who would threaten disruptive pranks in their neighborhoods unless they were appeased with treats.