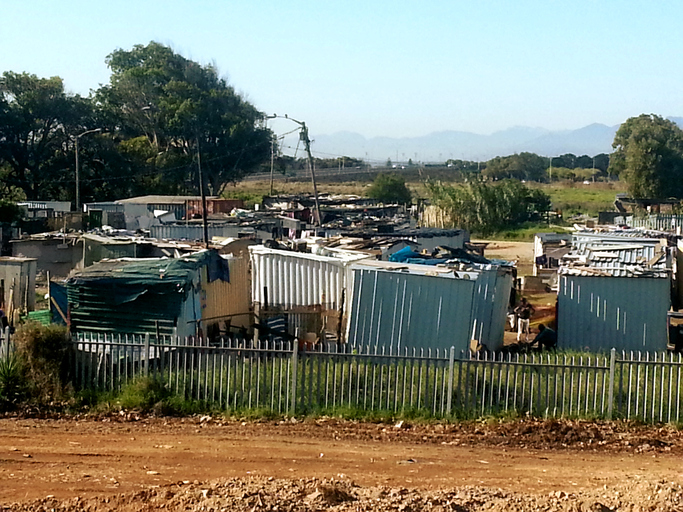 In the morning of January 19th 1999, my family woke up as usual in the small city of Dolisie (Republic of Congo). Everyone was getting ready to go and do what we usually did: children readying for school and adults for work. Suddenly we heard gunshot and bombardments. Everybody tried to find shelter amongst the cries of children, wailings of women, and confusion. After two days of trying to hide in our house because we did not know where to go with a disabled father, hunger drove us out. Thus began our long journey as refugees.

For 18 months, we slept on dirt floors, in abandoned schools, churches and hospitals where we were at the mercy of malarial mosquitoes. Our meal that we ate once a day came sometimes from the kindness of the villagers who invited us to their plantations, but mostly from what we could find in the forest. We ate ferns that grow by the riverside and drank water from rivers where dead animals and corpses were discarded and where people cleaned children’s excrement. We did not have toilets or toilet paper. We got sick with malnutrition, malaria, typhoid fever, and hemorrhoids.

Our world is filled with news about racist and ethnic violence, war, and people having to leave their homes for the unknown. The following are 7 facts about refugees that can help us understand them better.

1) Refugees are human beings, with all their normal pains, joys, sadness, idiosyncrasies, etc.

Sometimes we think of refugees as a blurry image of people on TV, as statistics or a distant country’s name. But, they are indeed people with real names and faces, experiencing the same things we experience. Many are people who have studied and earned degrees, and they have worked somewhere; they are spouses, parents, and children, as well as members of families, churches and other communities. They are humans—people like you and me.
June 20 is World Refugee Day. This event brings awareness to the fact that thousands of people are internally displaced refugees or refugees living in foreign countries because of circumstances beyond their control.

2) Refugees are stripped of all the basic necessities: food, medication, hygienic supplies; things we take for granted.

After being deprived of a good meal for months, I found it hard to believe that people could throw away food and that I used to do that. Now I am very grateful for what I have. Whereas our world here is stable and peaceful, refugees’ worlds are full of chaos and confusion. Suffering is an everyday occurrence.

They face fear of death, fear of not having anything to feed their families, fear of having their loved ones ripped away from them either by death or by the confusion. Anxiety and weariness are their constant companions. They experience despair and hopelessness all the time. They face all sorts of dangers, from being shot to being raped to being molested.

4) Refugees are people who have to leave behind their beloved home and sometimes their country for safety reasons.

Being a refugee means not having a stable place to live and call home; you are always on the move and cannot experience belonging. A sense of belonging is one of the most basic needs for all human beings. Being torn from one’s community and social groups and having to start over brings confusion, fear, insecurity, and a sense of great loss.

5) Refugees are people in transition whose goal is to try to rebuild their lives.

They are consumed by issues that arise in the foreign land: new culture, new food, learning a new language, ensuring that their families will be cared for.

They also think about the distant ancestral villages while they wait for war to end and political, ethnic and racial strife to be resolved. That wait can be for a very long time, so they live in one country or region with the longing of going back to where they came from, not being able to put strong roots in their new home.

6) Refugees do not have a voice.

When I was a refugee I wished there was, by some miracle, a way to let people know what was happening in Congo, how innocents were suffering and dying for something that they did not even initiate. Since I could not voice what was going on inside to the world, I turned to God with all I had. I prayed for everything—not casual prayers, but “travailing prayers”.

Sometimes I could not put my prayers into words; I just groaned and cried. The Bible says that God receives our tears (as prayers). Since refugees do not have a voice, God is calling his people to be a voice for the refugees, to speak up against injustice and all sorts of violence. And He is waiting for us to say yes!

7) God is not a stranger among the refugees.

In fact, God’s people have long been refugees themselves. In his Word, God has shown that He is concerned with the plight of refugees; He cares about them. He gave laws to his people to welcome and care for refugees.

During my time as a refugee, I saw God move in our lives; his peace and joy despite the circumstances were real. I also witnessed God’s miraculous provision and healing. My testimony is in our book, Impossible Love: The True Story of an African Civil War, Miracles and Hope against all Odds. Craig and I have also done a video interview with Seedbed, the first part of which released last Saturday—view the video here.

Being a refugee helped me discover who I am: a sinner forgiven by grace.
War helped me see who my neighbors are and how I should treat them. The people I cursed inside and those whose death I prayed for deserved the same grace I have been given.

War also taught me who God really is for me: my Father and my rock! When we walk through the dark valley, we discover precious treasures that we will not discover otherwise.

As we enter the month of June and prepare to celebrate World Refugee Day, I pray we will be open and aware of ways we can be of help to the refugees in our communities—our neighbors.