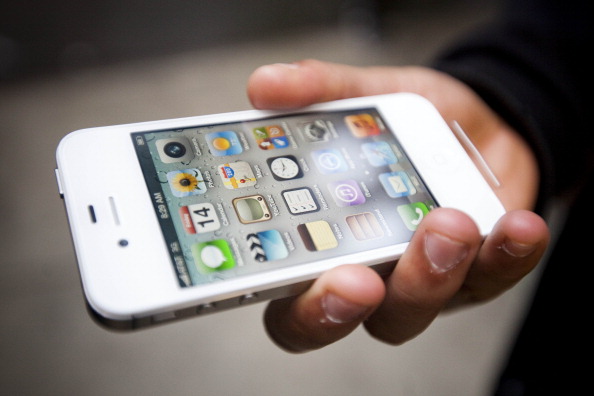 Where technology is applied to escape the limitations of being human we don’t have to look far to see where it is contributing to human suffering. J. D. Walt makes 7 observations about technology and modern life and challenges us to introduce Sabbath into our rhythm of life.

I am an appreciator of technological innovation. I love my iPhone and my iPad and my Air, and my iMac and Youtube and Instagram and Twitter and GPS and Google Earth and on I could go on. I love binge-watching episodes of How it’s Made. Technology fascinates me. These days, however, I am learning to be a bit more critical and self reflective about technology’s impact on my life and relationships– for better and for worse. Let me know what you think of the following seven observations and the theological reflection interspersed.

1. Technology, at its best, serves to ease the burden of the human race. Consider the dollie?

2. Technology, in its best frame, offers to increase our productivity and maybe even our efficiency. Consider the personal computer.

4. Technology, in its most common extrapolations, entertains children and keeps parents sane. After all, who lives in a pineapple under the sea?

5. In all these ways and more, technology is the gift of  Divine creativity stewarded by the human race for the sake of human flourishing.

6. Technology, at its worst, seduces the human race into believing the lie that we have no limitations. Consider email- unlimited communication. Or Facebook- unlimited relationships. Or Thin Booth- ok maybe that was Fat Booth. ;0)

In  his landmark book, What Technology Wants, Kevin Kelly reflects on an ironic technological lesson learned from the Amish.

I owe the amish hackers a large debt, because through their lives I now see the technium’s dilemma very clearly: To maximize our own contentment, we seek the minimum amount of technology in our lives. Yet to maximize the contentment of others, we must maximize the amount of technology in the world. Indeed, we can only find our own minimal tools if others have created a sufficient maximum pool of options we can choose from. The dilemma remains in how we can personally minimize stuff close to us while trying to expand it globally.

7. Technology begins to go wrong when it seduces the human race to forsake it’s very humanity in the quest to become like gods.

“For God knows that when you eat from it your eyes will be opened, and you will be like God, knowing good and evil.” Genesis 3:5 (in context)

Consider also the Tower of Babel.

Then they said, “Come, let us build ourselves a city, with a tower that reaches to the heavens, so that we may make a name for ourselves; otherwise we will be scattered over the face of the whole earth.” Genesis 11:4. (in context)

Consider the connections between the word human and humus (not to be confused with hummus) and the word humble. Wasn’t part of the project to leave the soil in order to inhabit the sky? (It probably involved slave labor).

Was it not something of a technological play when the Satan tempted Jesus to “turn these stones to bread?”

Where technology is applied to escape the limitations of being human we don’t have to look far to see where it is contributing to human suffering. Consider sweatshops. It’s ironic to consider, but wherever we find human slavery, humanity itself has become the technology. it is painfully ironic to consider that the factories in China where Apple assembles computers have nets outside the windows to keep employees from jumping to their deaths. So does it follow that wherever technology is applied to escape human limits it results in a diminishment of human life?

Incarnation and the Embrace of Limitations

It brings us to the idea of the incarnation, God becoming a human person. In the incarnation, God doesn’t seek to escape the limits of the human race, but rather to submit to them; even to embrace them. What if the core essence of the incarnation is the embrace of human limitations. Could it be that wherever human beings embrace their limitations an entry way is made for Divine engagement. Human limits are not escaped but rather transcended. Might it be something of the meaning of “Blessed are the poor in spirit, for the Kingdom of Heaven belongs to them?

The Cruel Technology of the Cross

In the death and resurrection of Jesus we see this at work in perfection. The one who being in very nature God, determined to embrace the utter limitations of being human, death (and at the behest of the most cruel capital punishment technology ever invented). In doing so, Divine reality submitted to human frailty and from this came the way of Eternal Life. Durable life.

So what is an iPhone Lover to Do?

Embracing limitations. . . Eternal life. . . Maximizing contentment by minimizing technology. . . Yet I still love my iPhone. I end with more questions than I have answered. The answers come in the wrestling. I think the solution comes not so much in creating more rules around our use of technology as it comes through adopting creative counter-measures into our lives. We might call them the “Means of Grace.” But beware of turning even gifts like these into technological levers. That’s what the prosperity gospel does; morphing faith into a technology of financial gain.

Closing thought: Hang on to your iPhone, but introduce Sabbath keeping into your life. You can download a free ebook I authored on the practice of Sabbath here.

So how are you processing technology, humanity, spirituality and such? Share in the comments.