Advent and the Winter of Our Disenchantment 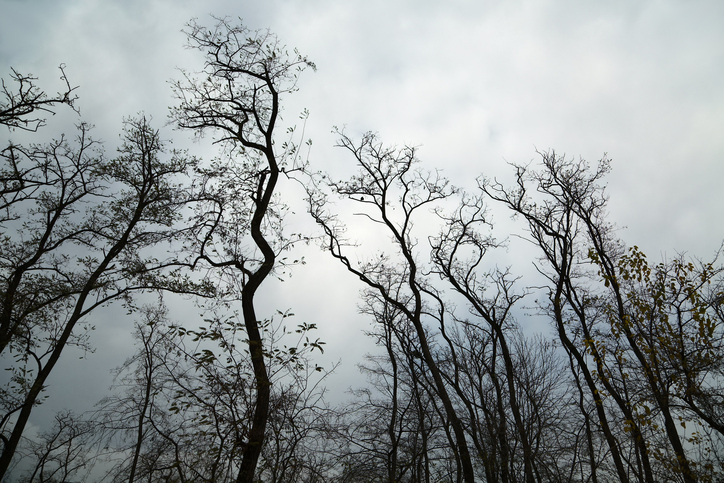 Advent is the time to open the first pages of the Church’s story of salvation. It is an enchanted portal into a world of darkness, deep mystery and the Spirit’s hidden brooding. Advent asks us to sit a while in the darkness, waiting for the light of God, but sitting in darkness is difficult for modern Christians. For the most part, our lives are filled with light. Advent asks us to feel the deep longing that exists in the tension between the inauguration of the kingdom at the first Advent and its consummation at the Second Coming of Christ. But because we don’t really live in this tension, it hard to conjure up sincere longing.

To make matters worse, modern Christians are seriously disenchanted. We find it hard to appreciate mystery. We lack a capacity for wonder, and have a strong aversion to anything labeled “supernatural.” We can partially blame our enchantment deficit on the Enlightenment, the period N.T. Wright, in his book Scripture and the Authority of God, describes as the “we know better now” project.

Over the last few centuries, the “knowing better” project has been in full swing, demanding people turn away from superstition in favor of a world governed by reason and science. Proponents of the modern project liked to point out what the world looked like when it was ruled by magic and superstition—religious wars, witch hunts, and heresy trials. They made a convincing argument for letting go of the supernatural in favor of the material world governed by reason and science.

By the 20th century, people in the Western world had pretty much freed themselves from supernaturalism and magic. However, there was a trade-off in this freedom, what Max Weber described as “the burden of disenchantment.” In a lecture titled “Science as a Vocation,” delivered at gathering of science students at Munich University in 1918, Weber acknowledged the necessity of disenchantment in order to enter the modern world. Understanding his words would be hard for some students, he gave them an out, namely, if they were not willing to bear the burden of disenchantment, they could leave the university and “quietly return to the arms of the old churches.”

Protestants, and evangelicals in particular, have been content to leave enchantment to the old churches (Roman Catholic and Orthodox), or relegate it to the margins among people who “need that sort of thing.” In embracing disenchantment, Protestant-Evangelical Christians developed an obsession with facts and principles. This obsession took away interest in stories. Many disenchanted Protestants went so far as to deem narrative too slippery a place for development of doctrine.

The Protestant-evangelical enchantment deficit has made it difficult for Christians to celebrate the church’s sacred story, especially Advent. Advent asks us to face the very things left behind in order “to know better:” the cosmic struggle between good and evil, angels, visions, dreams and miracles. For that reason, many evangelicals find Advent to be “too much like the old churches,” and refuse to celebrate it. Those who are more liturgically minded, struggle to convey Advent’s message of a cosmos longing for deliverance from spiritual darkness. For all of us, Advent and Christmas have been merged into one happy story, leaving us with what Russell Moore recently described as the “unbearable lightness of Christmas.”

The unbearable lightness of Christmas may have served us well…until this year. For many reasons, things seem different now. The brutal presidential election has left many people wounded. Families and friends are estranged from each other. It seems that something larger than the election seems to be in play. A heavy feeling of angst hangs in the air. Even the creation seems to be mirroring this angst. Where I live, in southeastern Tennessee, we are suffering from the worst drought in centuries. Forest fires are raging. There have been days when it is difficult to breathe due to the smoke filling the beautiful valleys. Last week fires consumed large sections of the magical city of Gatlinburg. Thirteen people died, including a mother and her two daughters. Hundreds of people lost their homes. A few nights ago, rare winter tornadoes ripped through our community, leaving several people dead. Driving around our town, I notice that people don’t seem so eager to put up their Christmas decorations. Somehow the twinkling lights don’t fit the apocalyptic landscape.

In this present darkness, we watch in horror as Syrian and Russian bombs kill children in Aleppo. We grieve to see Native Americans at Standing Rock suffering afresh the humiliation of their ancestors. Racism, something we have long denied, has reared its ugly head. It seems that overnight we have gone through the wardrobe and found ourselves living in a cursed, frozen landscape, one our “know better now” ideas can’t seem to fix.

Advent is the acknowledgment that “we just can’t.” We cannot save ourselves. We cannot reason ourselves into a world of light and happiness. We cannot prevent the dark forces of poverty, abuse, and war. We need a Savior. We need Christ to come and bring about the power of the New Creation. We just can’t.

In this winter of disenchantment, we are being called to find ways to liturgically express our awareness of our need for a Savior. We must do more than light candles and sing “O Come O Come Emmanuel.”

In doing more, it would serve us well to re-vision Advent in the more ancient manner as “the little Lent” or “The Nativity Fast.” Just as confession and fasting prepares Christians to celebrate Easter, these practices prepare us to welcome the Savior at Christmas. The Nativity Fast exposes the lie that we are able to sustain our own lives. It calls for Christians to purge our hearts of hidden sins and take the posture of active waiting. In the waiting, anxieties and fears are not glossed over. Rather, they are taken under the brooding wings of the Holy Spirit. In this space of hidden brooding, the longing found within the heart of God touches human longing. Here we learn to pray in the Spirit with groans with sighs too deep for words.

Longing and abiding are the deeply mysterious movements of Advent. But, there is one more movement. As we pray and wait, the Spirit begins to shed God’s light upon our present darkness. In this light, those who are fasting from carnal food, taste the first fruits of the New Creation. These first fruits are the gifts of hope, love, peace and joy. In Advent, hope overcomes despair. Love overwhelms hate. Peace transforms anxiety. In Advent’s light, the deep river that springs out of the life of God begins to flow into our lives, replacing our unbearable lightness with unspeakable joy. In this joy we cry, “Even so come Lord Jesus!”

Advent and the Winter of Our Disenchantment