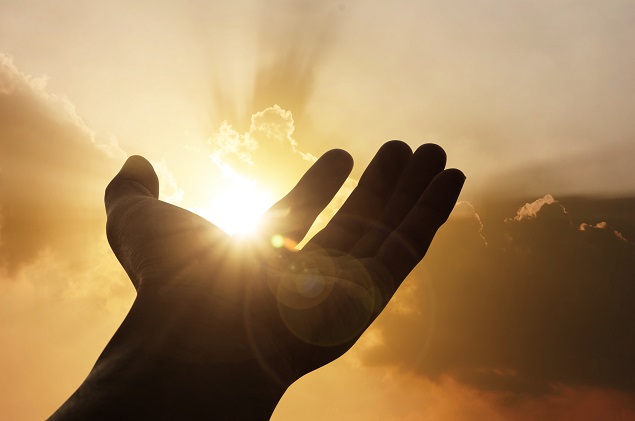 In this early part of the Advent season, we look to Mary as a source of encouragement as we worship our Lord. In part one of this series we considered Mary’s response to God, and how she worshiped with expectation as God opened her womb to the Christ child. From her we learned that our worship helps us to take our place in God’s grand Story. We also saw that expectant worship turns our ears to hear God’s voice. As we continue now in Mary’s story, we will see that worship also tunes our hearts to sing God’s grace, and trains us to be ready for all that is to come.

Worship Tunes our Hearts to Sing His Grace

When you learn you are expecting a child—whether biologically or by adoption—your world expands exponentially. All of a sudden you are looking forward through an entirely new lens. 9 months down the road, 9 years, 19 years…your imagination runs wild into the future of the one you are still waiting for. As you hold your ultrasound photos or adoption packet snapshots, you simultaneously project towards kindergarten and junior prom. You haven’t even smelled that newborn smell, but you’re already planning a university graduation. It’s this incredible tension of what is already, but not yet.

Young Mary is the originator of the Advent Carol. Let’s read it in verses 46-55. This is gold! There is so much in the spontaneous song of the young virgin who is going to bear the Divine.  In Mary’s song, her words are simultaneously time-rooted in history, very much aware of the present, and flinging forward into the future of God’s unfolding Story. The word magnificat, used today as a title for this song in Scripture, is taken from Latin, meaning to glorify or to magnify. This is the word Mary used as she began to praise God. She magnified the Lord, responding to His revelation that she was to deliver the long-awaited Savior of the world. Really, her praise at this time is almost surprising, considering the uphill battle she was facing. In her society, as a pregnant, unmarried woman, she would have been ostracized (at best), or, at worst, executed.

But she chooses to magnify the Lord, not her circumstances. Mary’s faith and obedience as a servant and worshiper of Yahweh, magnified God to her. This helped her to see Him more clearly, and that gave her strength she would need to endure the uncertainty she faced; and not only that, it strengthened her to embrace the favor of her Master, and to respond with sincere joy and adoration. What an incredible passage of genuine, passionate worship! As a worshiper, Mary’s heart had been tuned to sing (no, to explode!) with praise.

Worship Trains us to Be Ready for What is to Come

What did Mary know at this point? She knew basically only what Gabriel had told her: that the Messiah was coming, and somehow she had been chosen to be the vessel to bring Him into this world. She knew that the arrival this child was going to be different than what anyone had expected. Gabriel had said her child would be called the Son of the Most High and that He would be given David’s throne. He told her that Jesus would reign over Israel forever and that His government would never end.

But she did know that God was worthy of her worship. She did know that she was willing to allow God to break in to her life. She did know that God’s plan was good, and that she was chosen to take her place in the Story. She hadn’t known that while she had maintained a sacred rhythm of worship in her life—pondering things in her heart, praying, reading the Scriptures, seeking to live obediently, to serve and to praise—she was being prepared for all that was to come.

None of us will be selected to bear the Christ Child—Jesus has already come. Emmanuel, God is with us. But we are still selected to bear God in us—to allow God to break in to our everyday existences, during and beyond our Sunday mornings. Mary said, “May it be done to me according to Your Word.” God is calling each one of us to fling ourselves open before Him, like she did. Do not be afraid. This Advent season, let’s worship, taking our place in the Story, turning our ears to His voice, tuning our hearts to sing His grace, and so be trained for all that lies ahead.