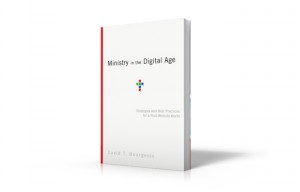 As a 26 year old associate pastor, I have never known ministry to not be in the “digital age.” I remember discovering my faith for myself during my freshman year of undergrad and landing on

Greetings Seedbed readers, We wanted to take a moment and invite you into our social media conversation. As many of you know, we are committed to sowing for a Great Awakening, and one of the

Book Review: The Next Christians by Gabe Lyons

There’s a new generation of Christians rising up to take their place as cultural restorers rather than being separatists or merely blending in with culture. Read more in this book review of The Next Christians by staff writer David Lyell.

This week Dr. Lawson Stone offers his hearty summer reading list for the readers of Seedbed. He promised that his list might be a bit more eclectic, so check it out!

In this resource post, we are presenting some of the best resources for understanding and enriching the conversation about women in ministry.

5 of the Best Wesleyan Podcasts

Podcasting is a fantastic resource for getting your church’s message out. Today it’s possible to watch and listen to churches from all over the country and the world. Here you will find 5 podcasts from vibrant churches that are making a difference and have their roots in Wesleyan theology.

Online Resources You Need to Know About

The web is filled with great resources for ministry. Seedbed is here to help you find the very best.

It seems like there’s always another local church in the news for pulling some outlandish stunt or another. And sometimes its hard to tell what their intention was, and other times its pretty clear that they were looking to get in the news.

One way we can begin interpreting these surprising actions by a local church is to examine their beliefs and determine whether they would be considered “orthodox”. Orthodoxy can be defined as the “right belief” about God and is typically characterized by the ancient creeds of the church.  To compliment their orthodox belief, we can then consider the “orthopraxis”, or the “right practice”, of the church.

Typically the orthopraxis of the local church is expressed in much broader terms than orthodoxy, and of the two is what flexes as local churches contextualize their practices to reach new members.