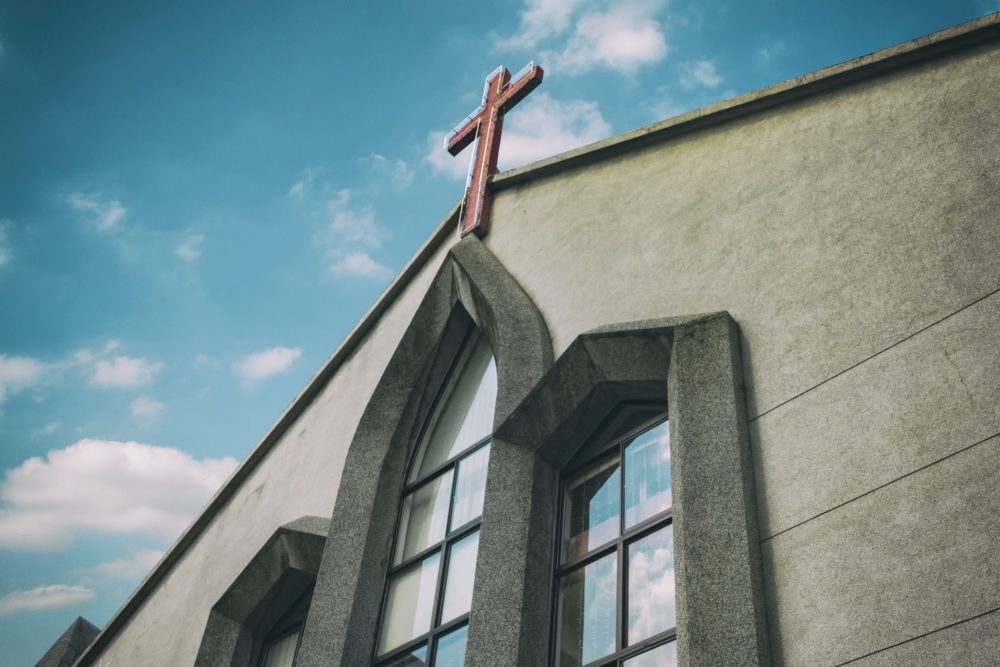 From my conversations with pastors over the year, I have noticed some common “detours” that lead ministers and churches off track. I present four common ones.

The Detour of Tradition

History can be instructive. But it can also be stifling because God has worked in different ways at different times. Church history and testimonies from the past may hinder our ability to follow fresh direction from the Holy Spirit.

Many leaders are stuck trying to replicate what they saw growing up in church, whether it produced spiritual fruit or not. And this nostalgia keeps them from being open to change and growth. They rarely receive fresh revelation of truth from God’s Word. They are averse to any change from what they grew up around.

But we forget that the men and women who made a huge difference for God in the past were not afraid to step out in faith in new ways. They were willing to be led by God, and as a result they turned their world upside down.

Consider the famous missionary to China, Hudson Taylor. When he refused to follow established tradition but rather chose to adopt Chinese dress and culture, he was roundly criticized. In the end, he was mightily used by God and pioneered a new approach to mission work. In a similar way, we too need to be brave in following God.

The Detour of Latest Trends

Following the latest trends is the flip side of getting stuck trying to relive the past, and it is equally problematic. I’ll share an example that highlights just how ridiculous—­and how pernicious—­it can be to follow after the latest trends in ministry.

I had been pastoring for about eight or nine years when an older pastor from another part of the city visited me. He was immersed in the leading church-­growth philosophies of the time. He said, “You know, Jim, your church is an anomaly to me. I can’t figure it out.” I asked him what he meant. What was the “anomaly” that puzzled him? “Look at the people in your church, in your wife’s choir,” he said. “There’s Black, West Indian, Latino, Caucasian, Asian. It’s a diverse mix of people. The problem is that principle number four of the church-­growth program I’m following says that churches grow faster when they are homogeneous—­all from the same culture and ethnicity.” I responded, “Brother, with all due respect, everyone knows what that’s a code word for.” That brought the conversation to a halt.

Now, I’m not denying his point. Maybe birds of a feather do flock together. That’s always been true in a carnal sense. But that’s not what the gospel is about. The Jews and the gentiles hated each other two thousand years ago, but the gospel broke down that wall. When they came together as the family of God, despite their differences, it was a sign of the power of the gospel. Racial and ethnic differences dissolve when God’s love fills our lives.

The church-­growth industry offers many options that leaders throughout the country choose from as they reach for what the world calls “success.” Take, for example, marketing and social media in a digital age. These can be helpful, but they are only communication tools. In and of themselves, they can never build a spiritual church. The church is built by the pure gospel of Christ and the Spirit working among its members.

The Detour of Politics

The political detour can be subtle. Without question, we are called to be a light to the world, and undoubtedly some of the church’s finest hours have featured humble, dedicated Christian soldiers serving the poor, raising up the downtrodden, and working for justice. But the Bible declares that only Jesus can change the human heart, and that is what the gospel is all about. Institutional and governmental changes alone will never produce love and unity among people. The danger of politics is that we become seduced by the very structures and political forces we feel we must change.

Christian leaders sometimes form coalitions with high-­ranking politicians, and by doing so, they can easily drift away from preaching the gospel. Cynical politicians value those leaders not because of an interest in Christ but because they feel that ministers will deliver the “evangelical vote” in some way or another. The tragedy is that whole segments of the church then become identified with a political party. Brothers and sisters, this is never good. When the church is identified with a political party, we lose our ability to get a hearing for the gospel because of the acrimony inherent in politics. Not only do we fail to change these political institutions, but they end up injecting us with the intolerance and venom that have characterized politics from the founding of our nation. The church thus becomes entangled with the affairs of this world, even to the point of fighting against or alongside folks who don’t know the Lord. This damages our witness for Christ and hinders our work for the kingdom. The apostle Paul said, “What business is it of mine to judge those outside the church? Are you not to judge those inside?” (1 Cor. 5:12).

I recently received a heartbreaking call from a believer who lives in the suburbs of New York City. The person doesn’t attend our church, but they watch our online devotionals where we go through books of the Bible. They expressed grief that the church they attend has gotten involved in politics and has moved away from the Bible. The sermons they hear seem to be more about “God and country” than Jesus and saving souls. They shared with me, “The time is too late for that. We have to preach Jesus!”

There is no record of the early apostles trying to improve the Roman Empire or any province within it. God is not interested in building up or promoting a specific country. He’s intent on building his church. Jesus declared that only his followers are the salt of the earth and the light of the world. Democrats or liberals or progressives aren’t the salt. Republicans or conservatives or libertarians aren’t the light. Christians are. Our orders are not to curry favor with kings or presidents but to carry the message of Christ to everyone.

Believers around the world should be patriotic, but not in the way that phrase is generally understood. Patriotism may seem admirable, but Christians aren’t citizens of America, Korea, Ghana, or Argentina first. Our nationality is not our home country if we believe in God’s Word: “You are a chosen people, a royal priesthood, a holy nation, God’s special possession, that you may declare the praises of him who called you out of darkness into his wonderful light. Once you were not a people, but now you are the people of God; once you had not received mercy, but now you have received mercy” (1 Peter 2:9–10, italics here and in Scripture quotes throughout the book were added by the author for emphasis).

Peter reminds us that we make up God’s “holy nation,” while Paul tells us that “our citizenship is in heaven” (Phil. 3:20). All nations have unfortunate histories riddled with deceit, imperialism of one kind or another, racism, and other problems. But our holy nation has a king over it named Jesus! Although his people of every race and ethnicity are scattered over the whole earth, we alone make up the one holy nation God is building, the nation he cherishes.

The Detour of Culture

Sometimes, to make church “accessible” and “relevant” to the people around us, we try to incorporate elements of the secular culture that make them feel welcome. Here again, it is all too easy to be seduced by carnal thinking and turn our backs on God’s way of doing things.

Not long ago, when our own services were shut down because of the pandemic, my family and I attended a well-­known church. It was, to put it bluntly, an embarrassment. It felt more like a late-­night talk show than a worship service. The pulpit was filled that morning by a popular conference speaker, and the message included off-­color jokes and raunchy anecdotes. Even my eleven-­year-­old grandson realized it was not appropriate. His mother, my daughter, seethed throughout the service. But all around us people were laughing. As the meeting ended, the pastor tried pathetically to put a spiritual spin on it all. A few people came forward to be prayed for while the sound system blasted a secular pop song as the audience quickly exited. Not exactly the best atmosphere for drawing near to God!

I regularly encounter similar—­if less extreme—­problems when I visit other churches. It’s as if the pastors have stopped seeking Christ for what he wants his church to be and instead have started asking people what they want it to be. It’s consumer religion—­giving people what they want instead of what God wants to give them. If you asked the leader, “Do you really think this is conducive to spiritual growth and is pleasing to God?” the answer would likely be, “Oh, you’re antiquated. That’s old-­school thinking.” But I’m not “old school,” and I don’t want to be “new school.” And God isn’t old school or new school either. God is eternal truth, and the Lord Jesus Christ is “the same yesterday and today and forever” (Heb. 13:8).

Every believer in Jesus who loves God’s Word should be troubled by those who want to redefine the essence of Christ’s church in the quest to “stay relevant” and appeal to their “hip” target group. The Lord has clearly spoken concerning the nature of the body of Christ. People gathering in a building to be entertained once a week does not make a Christian church. Rather, the church is a supernatural, spiritual organism created through the gospel and the power of God as a dwelling place for the Holy Spirit. To redefine the Christian church is a terrible thing in God’s sight. 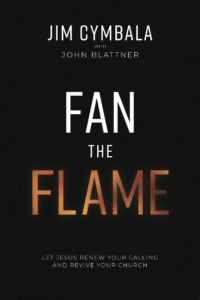 What if we modeled our churches after what Jesus intended His church to look like? What if our hope for our ministries rested not on human wisdom but on God’s power? In his newest book, Fan the Flame, Jim Cymbala urges Christian leaders to remember the deep roots of their ministry calling—and the One who called them.

Over the past few years, we’ve all seen how quickly circumstances can change, and many of us have experienced firsthand how church growth trends and popular models fail us. Churches across the country are struggling, and many pastors are deeply discouraged. We work hard and with great sincerity, but our efforts don’t seem to be helping our churches flourish.

Jim Cymbala—New York Times best-selling author and long-time pastor of The Brooklyn Tabernacle—has been watching the pressing need for back-to-the-basics spiritual leadership among Christians, and he’s seen so many churches come to defeat because so many leaders forget this one truth: Your church is not your church. It’s Christ’s church. In order for his church to flourish, we have to minister his way.

Get Fan the Flame from our store here.