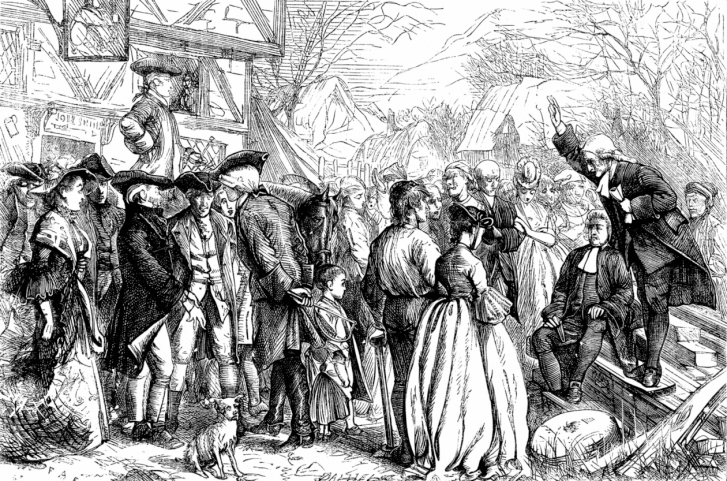 A common criticism of Wesley’s theology, especially from those of a more Calvinist inclination, is that it grounds salvation not on grace but human decision. This is, to put it bluntly, a false claim — Wesley’s theology is thoroughly rooted in the grace and love of God. But the perception that Wesley believed in natural human free will persists even among some Methodists. One way this is often put is to call Wesley a “Pelagian.”

Pelagius was a fifth century British monk who was said to deny that humans inherit from the fall of Adam an inclination to sin. We have the natural capacity not to sin, he argued, and therefore are able to follow the example of Christ without a prior transformation of the heart. This view was vigorously opposed by Augustine, who argued salvation was by grace alone, and that we are not free from sin until God changes our hearts through Christ. Pelagianism was condemned as heresy by a series of ecumenical councils.

John Wesley, in “The Wisdom of God’s Counsels,” defended Pelagius as a holy man whose “real heresy” was “holding that Christians may by the grace of God (not without it; that I take to be a mere slander) ‘go on to perfection’, or in other words, ‘fulfill the law of Christ’” (in Works, [vol. 2; ed. A.C. Outler; Abingdon, 1985], 556). In other words, Wesley believed Pelagius’ real theology was misunderstood and distorted by Augustine much as his own had been by many Calvinists. But whatever Pelagius’ personal character, the weight of the evidence is that his theology lacked the concept of prevenient grace so central to Wesley’s.

We can place Wesley more exactly on the Pelagian to Augustinian spectrum with the assistance of R.C. Walton, whose Chronological and Background Charts of Church History (Zondervan, 1986) contains a fine synopsis of the Pelagian controversy (chart 17). There, Pelagianism is defined as holding that persons are “born essentially good and capable of doing what is necessary for salvation.” Even a casual glance at Wesley’s writings shows he believed just the opposite. In “Original Sin” he describes persons as born in “total corruption,” “empty of all good, and filled with all evil” (183). This sin motivates our will and shapes our desires; apart from grace we are hopelessly bound by sin.

Sometimes it is said, by critics of a more generous inclination, that Wesley is only semi-Pelagian. Walton describes semi-Pelagianism as holding that “the grace of God” and human will “work together in salvation,” with the human taking the initiative. But Wesley is quite clear that because of the corruption of sin we are unable to take the initiative in our salvation. It is God who takes the initiative, first to provide for our salvation in Jesus Christ, and then to enable us to respond through prevenient grace.

Does this make Wesley an Augustinian? Initially it might seem so, as Walton describes Augustinianism as arguing because humans are “dead in sin,” then salvation must be “totally by the grace of God.” But then Walton adds that for Augustinianism, such grace “is only given to the elect,” that is, those predestined by God for salvation. It is here that Wesley registers an emphatic dissent. Wesley believes God’s love is universal, and therefore grace is given to everyone. For Wesley grace is not irresistible (as it is for the Calvinists) but enabling, restoring our capacity to respond to God. Predestination, he believes, contradicts the biblical affirmation that God is love.

The option that remains is semi-Augustinianism, which Walton describes as holding that “the grace of God come to all, enabling a person to choose and perform what is necessary for salvation.” This is indeed the place on the spectrum where Wesley best fits. Grace is for Wesley transformative, a work of the Holy Spirit, restoring a freedom to be in relationship with God that apart from grace we would not have. Initially our response to God may be obeying the leadings of our conscience (itself a gift of grace); ultimately, what grace enables us to “choose and perform” is faith — trusting in Jesus Christ — that necessarily results in love for God and neighbor. For Wesley, this new life of love is most centrally what salvation is.