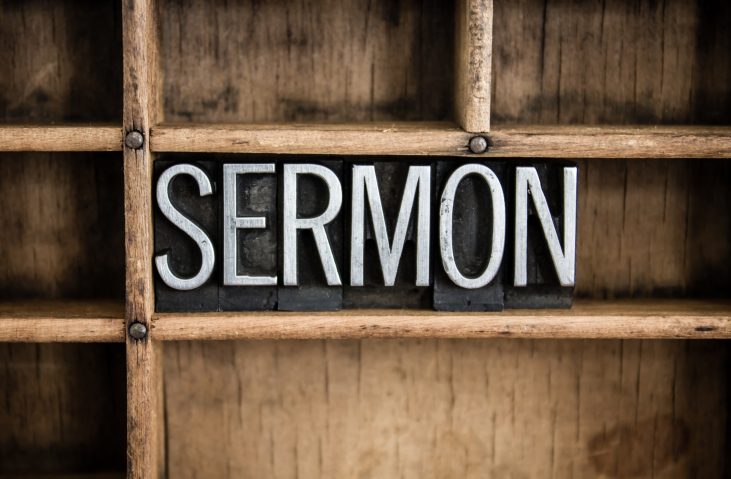 Rooted in the word “expository” is the word “expose.” John Stott brilliantly engaged the related words: “‘Exposition’ refers to the content of the sermon (biblical truth) rather than its style (a running commentary). To expound Scripture is to bring out of the text what is there and expose it to view.” The word ‘expose’ comes from the Latin word exponere meaning to explain, to put out, to expose. Expository preaching involves just that: exposing what is in the text to the congregation. I suggest that a broad definition of expository preaching is the most helpful when seeing how preachers may use a variety of styles to proclaim the biblical text effectively. The text of Scripture can be exposed in a variety of ways, including what is thought of as topical preaching, doctrinal preaching, exegetical preaching, and narrative preaching. Effective topical preaching exposes the wisdom and theology of the Bible on a certain topic. Effective doctrinal preaching exposes the biblical foundation and rationale for doctrines of the faith. Effective exegetical preaching exposes a specific biblical passage’s ancient meaning for contemporary formation and belief. Effective narrative preaching exposes the story of Scripture from and with various genres for intersection with the story of today’s church. These styles can all expound—expose—the text.

Luke’s Gospel displays this dual exposition. On the road to Emmaus, Jesus opens (dianoigo) the Scriptures to two followers who do not yet recognize him. He exposes the text. In the breaking of bread, they recognize Jesus because their eyes are also opened (dianoigo). They have been exposed to Jesus. While we could delve into a discussion of sacrament and Word in preaching—and the role they play in this dual exposure, instead let’s use this dual exposure to see how it illumines the effect of several sermons in the Gospel of Luke’s companion text, the book of Acts.

1) In Peter’s sermon at Pentecost (Acts 2:14-41), he begins by exposing his listeners by declaring they are interpreting the situation of multilingual preaching wrongly, and moves into exposing the Gospel by connecting the prophet Joel with the life of Jesus and the gift of the Spirit. The congregation is exposed as the ones who are babbling and are invited to become true speakers, filled with God’s Spirit.

2) In Peter’s sermon at the temple (Acts 3:12-26), he exposes the crowds as people who helped put Jesus to death and exposes the story of Scripture by connecting Moses’ prophecy of a unifying leader with the ascension of Jesus.

3) Before the Sanhedrin (Acts 7), Stephen begins with a masterful exposition of the biblical story in light of Jesus, before exposing his listeners as stiff-necked people who resist the Spirit.

4) Paul’s sermon at the synagogue (Acts 13:16-41) involves an exposition of the prophecies of the Old Testament and a revealing of the hearts of his listeners: They are a people who may become scoffers and eventually unbelieving.

5) Finally, at the Areopagus in Athens (Acts 17:22-34), Paul exposes the gathered worshipers as being ignorant of whom they worship and then expounds God as Creator, Sustainer, and the Just Judge.

This cursory view of sermons in Acts leaves much to study, but it does reveal that these early preachers exposed both text and listener. The audiences vary from being insiders not yet won to the Kingdom, to Jewish insiders opposed to the preacher, to Gentile outsiders who remain undecided. Yet all are exposed to who they are and what they have done and the Word is intentionally exposed to them—not to someone else, but to this gathered people. Whether verse-by-verse, topic by topic, or unfolded as a story, that kind of expository preaching cheats no one.

Purchase Aaron’s book, Putting the Plot Back in Preaching from out store.