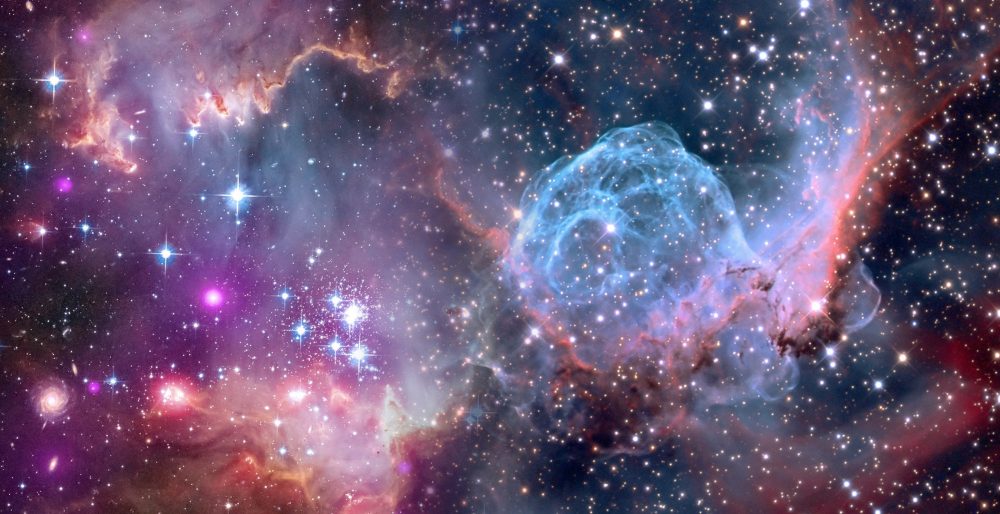 Since the 1859 publication of Charles Darwin’s On the Origin of Species argued for evolution as the means by which life (including human life) emerged on earth, Christianity has wrestled with the relationship of science, scripture, and doctrine.

Two books this year address biblical interpretation and theology in light of scientific advances regarding the origin and development of human life. 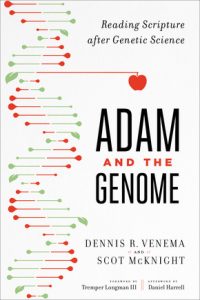 Adam and the Genome presents the current scientific understanding of human origins based on genetic science and reflects on the Adam and Eve narrative and other references in the bible. Both authors are Evangelical scholars who affirm traditional Christian doctrine, divine inspiration of scripture, and biological evolution.

Venema, a biologist teaching at Trinity Western University, presents the genetic science that demonstrates our species, homo sapiens, evolved as a population (of roughly 10,000) and not as a pair. He lays out the case in a way that an engaged lay reader can understand and addresses objections from Christians who advance other hypotheses, including Intelligent Design (ID). (Venema and others do not debate the existence of an intelligent designer–God, but they disagree with ID’s accounting for the scientific evidence.)

McKnight, a biblical scholar, author, and prominent Christian blogger, considers the implications of Venema’s presentation of the science for biblical interpretation and theology. To begin, he lays out four principles for reading the bible in light of the Human Genome Project’s research and conclusions, explained by Venema in the first half of the book. The first principle is respect, meaning “we learn to listen to Genesis 1-11 in its own world (and not our own)” (100). Second is honesty about both the bible and science: “face the facts and do not fear the facts” (italics original). Third is sensitivity to the student of science, recognizing that for many Christians, particularly younger people, hanging the totality of the bible’s faithfulness and of the Christian message on assent to a conservative interpretation of Genesis 1-11 is a faulty apologetic.

The fourth principle is the primacy of scripture. The wording is careful here to acknowledge that context aids in the interpretation of scripture. This context may include the socio-religious world in which the patriarchs and Israel lived as well as the context of the natural world, according to modern scientific understanding. With these four principles in mind, McKnight examines interpretive options for Adam and Eve as we read about them in Genesis and in the New Testament. 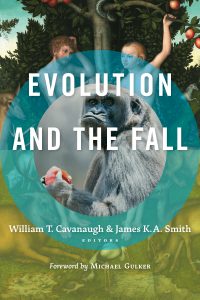 Evolution and the Fall assembles an array of scholars in a variety of Christian traditions and scholarly disciplines. It is not, however, only a collection of individual essays, but instead is the culmination of a three-year research project sponsored by the Colossian Forum on Faith, Science, and Culture. The group gathered to address “one of the most pressing questions of the day: if humanity emerged from nonhuman primates—as genetic, biological, and archeological evidence seems to suggest—then what are the implications for Christian theology’s traditional account of origins, including both the origin of humanity and the origin of sin?” (xviii)

The essays move beyond genetics and biblical interpretation to include philosophy, history, ethics, and political theology and the audience is generally more scholarly, while the audience for Adam and the Genome will include both scholars and thoughtful laypersons.

Evangelical Christians agree that the bible is the fully inspired and authoritative Word of God, but they need not receive any one interpretation as infallible. The “plot” of the biblical narrative of sin and redemption includes an original ability to follow God’s law and a “fall” accounting for humanity’s present sinful condition.

It is possible to understand the Adam and Eve narrative as representative of early humanity and scripture as describing humanity’s rejection of God without regarding them as biologically primary pair in human origins. Further, Paul and James may be read to understand original sin and sin’s transmission from Adam onward not in terms of “passing sin down through procreation, but in the sense of pattern and influence” (Evolution and the Fall, 115).

If we are primarily concerned with the scientific questions of “when” and “how” that we bring to Genesis 1-11, we are in danger of missing the theological questions concerning “who” and “why” that scripture is mainly interested in addressing for us. Adam and the Genome and Evolution and the Fall will help us think well and faithfully about the truth we discover in the scientific study of God’s creation and in the literary, historical, and theological study of God’s Word.