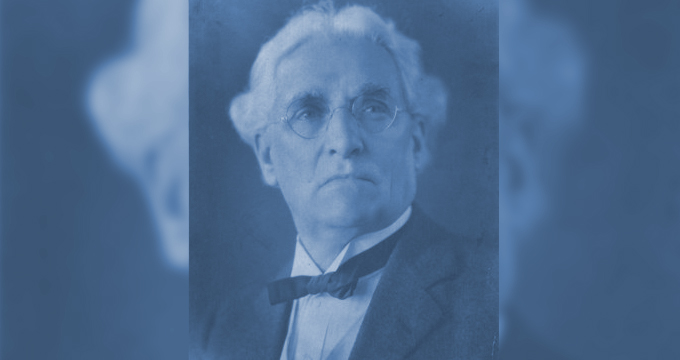 Get My Pentecost by Henry Clay Morrison for free in our store.

The birth of a baby boy in poverty and obscurity has sometimes changed the world’s map and history. The humble Babe in the manger marked the beginning of a new Era. When William Booth caught a vision of the “submerged masses,” the Salvation Army came into existence. When Dr. A. J. Gordon dreamed that Christ attended one of his services one day, the popular, satisfied, cultured pastor became a flame of holy evangelism and missionary zeal. Valentine Burk, the jailbird and bank robber, with his picture in every rogue’s gallery in America, read a sermon from Mr. Moody in a daily paper which was tossed to him through the bars of the prison, and a new life was born, one that made its impression upon the entire city of St. Louis. “When the day of Pentecost was fully come,” and the Holy Fire fell upon the one hundred and twenty in the Upper Room, the church of the New Dispensation was born. The Epiphany of the Holy Ghost transformed a little band of trembling, cowardly, unsophisticated peasants and fishermen into a company of heroes loving their lives not unto death—and turned the world upside down.

At this period of his life, we see Henry Clay Morrison, a popular young pulpit orator—his reputation reaching out into an ever widening circle—proud, dressy, ambitious, and with it all, religious and a lover of men. Each year from the time of his readmission to Conference, committees from larger churches strove to make him their pastor. Here we have the program: Eleventh Street, Covington, Highlands, Danville, Frankfort, etc., each one a promotion. We find him “making good,” with crowded houses awaiting his ministry, calls coming from the largest churches of the Conference, and unusual revivals being held under his leadership in these same large churches. An ideal situation surely—lacking nothing from a human viewpoint. But through it all, there were times of sore heart-hunger, an impetuous temper, a lack of peace and abiding power. At times there was in Henry Morrison a soul-cry, of which he barely, if at all, knew the meaning.

One man alone in the Kentucky Conference professed entire sanctification. W. B. Godby, D. D. Some agitation was in progress over the subject of the “higher life.” A noted evangelist named Barnes was preaching within the bounds of the Kentucky Conference, and put much stress upon it. But, he was such a mixture of predestination, free grace, final perseverance, and universal salvation, that a great part of his ministry was lost upon the minds of the stronger men, especially those with training in Arminian theology. Because of these adulterations, they could not endorse Barnes. He was truly a sanctified man, but finally, he landed in the camp of Alexander Dowie. Henry Morrison rejected both him and his message utterly. John S. Keen, of the Louisville Conference, and a most remarkable man, became an exponent of sanctification, and several members of the Kentucky Conference professed the experience. One of them, Rev. H. B. Cockrill, was closely associated with Morrison and became deeply interested. He finally came into the Pentecostal blessing and published his experience in the church papers. These facts, together with a hungry heart, gradually brought about this great “Depositum,” until it took possession of Henry Morrison. It reached a climax during his pastorate in the Highlands, that beautiful residence section above Cincinnati, on the Kentucky side of the Ohio river. Rev. J. H. Young was assisting him in a revival meeting. They were dining out one day when a letter came from his friend, Cockrill, telling him that he had received his Pentecost. The vision of the whole truth came to him then and there. He saw the doctrine, and that it was for him. The thought almost overwhelmed him. Excusing himself at the close of the meal, he started for his room, expecting, when alone, to be sanctified wholly. He stopped and prayed with several families, however, before reaching his room. Dr. Young passed by him while he was in the home and reached the room ahead of him, much to his disappointment—as Morrison wanted to be alone.

Dr. Young was anxious to close the meeting, saying there was going to be no revival. ” No, Young,” exclaimed Morrison, ” the meeting must go on; the power of God is all over this hill—the power of God is in this room right now.” The Holy Ghost fell on him, and be became as one dead, falling back upon a divan. Dr. Young, greatly alarmed, caught him in his arms and tried to arouse him. “I could hear all he said, but had no power to answer,” Dr. Morrison tells us. “Some seconds must have passed. Just as I seemed to come to myself and recover the use of my limbs a great ball of liquid fire, the size of a large ball seemed to descend and strike me in the face, then dissolve and enter into me. I leaped and shouted aloud, ‘Glory to God.’ Dr. Young shouted: ‘Morrison, what do you mean? I thought you were dying.’ ‘I have done nothing,’ I replied, ‘the Lord did it.’ I arose and walked the floor shouting and feeling as light as a feather. My first impulse was to tell all my friends just what had happened. But a strong impression also came to me not to tell them for fear of seeming boastfulness and giving offense. Something also suggested that ‘you should not profess-but live holiness: This trick of Satan scored a victory, although for some time there was an unusual peace and unction attended my preaching; notwithstanding, it was not long before the blessing was gone.” However, this event was an epoch-making event in the life of this great preacher, but as yet he had not paid down the full price. He came to Kadesh Barnea, and had entered in, but lacked instruction, and gradually drifted back into the wilderness. Like the children of Israel in the long ago, he must again wander in confusion and suffering before he reached the banks of Jordan.

At the following Conference, he was stationed at Danville, Ky., one of the most cultured and delightful little cities in the state. Calls began to come in faster, and from wider range, until it seemed that the Lord was drawing him out into the field of evangelism. There was, however, sufficient influence brought to bear upon him to keep him three years longer in the pastorate. Those were wonderfully fruitful years. Danville, where he stayed during one of those years, then Frankfort, were both strategic points for Kentucky Methodism. During the year at Danville, he tells us that the Spirit often spoke to him about the lost blessing, and put an impelling power upon him to seek anew the lost territory. “One night in October,” he says, “I awoke with a great sense of fear—it was two o’clock, the town clock was just striking—and felt that I must get up at once and pray. I leaped out of bed and began to beg Christ to help me; He seemed to deal with me very positively; He impressed me with His great patience and forbearance, bore in upon my consciousness that I must cut loose from some things to which I seemed to be clinging almost unconsciously and enter into a closer and a more faithful relationship with Him, or there must be a final expiation.”

The struggle lasted fifteen days; it was a time of mental suffering, fasting, and prayer. Yet this terrible experience had intermittent seasons of hope and comfort; the Lord blessed his preaching during the period with an unusual degree of unction; but the battle would be renewed as soon as he stepped down out of the pulpit.

“I was,” he says, ” in an awful school; it would hardly be lawful for me to go into details and tell what the Lord revealed to me of the nature of sin, and hatefulness of it. He so withdrew all comfort from me and all witness of acceptance, that I had a foretaste of what it would be to be separated from Him forever. In addition Satan buffeted, ridiculed, taunted, and tempted me almost beyond endurance.” The situation became almost unbearable, whereupon advice and counsel were sought from a Presbyterian preacher, Dr. McKee, a professor of theology, then living In Danville. This pious, scholarly gentleman gave him much comfort in these words: “My young brother, the Lord has not forsaken you, but is leading you into what Mr. Wesley called “Christian Perfection,” the Baptists call it ‘rest of faith,’ the Presbyterians call it the ‘higher life,’ or the ‘fulness of the Spirit.'” He also stated that he had received the same experience when a young pastor in Louisville. No seeker of full salvation has a harder death to die than the young preacher with gifts, graces, and a reasonable ambition. This class of seekers must literally die out to the future of place and promotions; he must go forth unto Him bearing His reproach.

On the last day of this soul-struggle, Henry Morrison had to be assisted in walking from the public square to his room from loss of sleep, fasting, etc.; his physical strength had been exhausted. When he reached the front porch, the preacher fainted; his sleek, plug hat tumbled off and bounced about on the floor. Twice more during the day he became unconscious. At last the flood-gates in upon his soul and the Blessing returned. But owing to a lack of instruction, and dreading the consequences of telling his cultured, fastidious congregation that God had sanctified him, the blessed assurance departed from him the second time. This meant many more days and nights of bitter struggle before he became rooted and grounded in the faith. Oh, how Satan bluffs, tempts, and hinders a soul seeking to be free! Henry Morrison, however, became fully rooted and grounded in this Great Depositum of Methodism, as many parts of the world have found out. It was this soul revolution which cast out, and cast off, all social and ecclesiastical autocracy; it marked the Independence Day of this chosen vessel; it was the crossing over day of Jordan into the Canaan of peace, joy, persecution—Power. The door was effectually opened, but there were many adversaries. Once Morrison became established, faces of clay, social and religious preferment, the tongue of criticism and ridicule were unable to move him. The needle was never truer to the pole than he has been to this great truth, and as a result, for every door that was closed through prejudice and misunderstanding, God has opened for him hundreds of others; so that his lines have gone out in all the earth declaring to rich and poor, high and low, in cathedrals and brush-arbors, conferences and camp meetings, that God can save and sanctify the soul of every believer, through the merits of Jesus’ Blood—all men, everywhere.

The story of Henry Morrison’s Pentecost is, in a general way, known to all. His light has been set upon a hill, and by it many thousands have been guided into the best things of life and salvation. Multitudes will praise God in that Morning Land, that he sought and obtained his Pentecost.

Excerpt taken for from A Biographical Sketch of Henry Class Morrison by C. F. Wimberly.