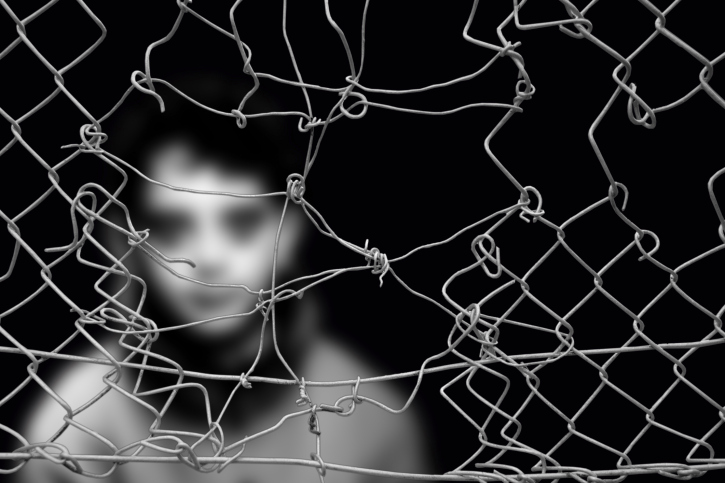 While National Human Trafficking Awareness Month has passed, the fight against human trafficking continues steadily. One month later, it is worth being reminded about our world’s largest injustice.

In our world today there are millions of people who are served injustice and exploited simply because they were born. The world is immersed in darkness and broken by sin’s deception, and one person’s brokenness breaks others and the cycle of sin and injustice continues. The sobering reality of an estimated 27 million persons* caught in the modern day slave trade around the globe is alarming. That is over 27 million people—women, men, girls and boys who are caught in bondage with virtually no way to escape. They are in bondage by means of making clothing, weaving rugs, picking coffee and cocoa beans, cleaning houses, rearing children and standing on the street corner selling their bodies. Most often their bondage is punishment for merely being born into physical poverty.

These persons don’t just exist in some far off land, but are in our neighborhoods and towns, impacted by our consumer purchases and life choices. As disciples of Jesus Christ this ought to not only prick our hearts and souls but also elicit a response. The prophet Micah testified against the people of God that they were not living up to their calling. The injustices present during that time were even being perpetuated and sustained by God’s people. Micah proclaimed to the people of his day a message from God: “He has told you, O man, what is good; and what does the Lord require of you but to do justice, to love kindness, and to walk humbly with your God?” (Micah 6:8) In the 21st century, Micah’s words still address the disciples of Jesus Christ—those commissioned as his hands and feet—to live as he did. We should hold fast to this proclamation of Micah and to live in such a way that reflects Jesus’ hope and truth. As disciples we are to carry out justice, to love kindness and to walk humbly with our God, and also to expose evil and rescue those who are oppressed and enslaved. Yet like the Israelites in Judah and Samaria in Micah’s day, we have a tendency to make obedience to God hopelessly complex.

As followers of Jesus Christ inaction is not an option, but with so many people caught in bondage, knowing what to do may seem overwhelming. Practically, the easiest place to begin is through literature in order to better inform yourself—read books, interact with social media, articles, and ministry websites. Secondly, we need to fast, pray, and have our hearts broken for that which breaks the Father’s heart. Our response can only come with the Holy Spirit’s guidance, who personalizes it for us and protects us from perpetuating the problem. The third way to respond is through active involvement. The depth of human trafficking covers so many areas of life and there are many ways to respond. For some, the best way to get involved is by simply altering consumer intake and purchasing, choosing to restrict purchases of products and foods only to those that have been fairly produced and traded. For others, action will best be found in ministering to those currently in bondage such as runaways, women who work in the sex entertainment industry, and by being the voices that raise awareness.

The possibilities are endless, but as followers of Jesus Christ we must recognize that there is a great evil and darkness that drives the modern day slave trade. Like other aspects of gospel ministry, in our zeal and passion for justice we must remember that the Spirit’s presence is what will see this end, not our human efforts. Nonetheless, the sobering statement by the 18th century English statesman Edmund Burke resounds true: “The only thing necessary for the triumph of evil is for good men to do nothing.” The only thing that the injustice of the modern day human slave trade needs is for the Church of Jesus Christ to sit in silence. But movements are afoot and a lot of hard work is already being done. The invitation to be involved extends to all members of Christ’s body.

God in a Brothel by Daniel Walker

The Slave Next Door by Kevin Bales

Not for Sale: The Return of the Global Slave Trade & How We Can Fight It by David Batstone