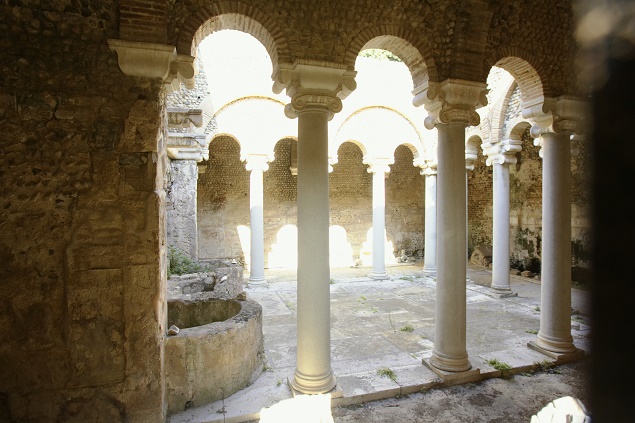 Not long ago, drone footage confirmed reports that ISIS had indeed blown up the nearly 2,000 year-old temple of Baalshamin, in Palmyra Syria. The structure had been one of the most remarkable ruins of the ancient world. As pictures demonstrate, it was stunningly well preserved, despite standing for almost two millennia. And as a professor who teaches biblical history, the news of its destruction left me furious.

There is, of course, a slight irony here. Baal-shamin means “Baal of the Heavens.” And while it was built long after the Baal worship of the Old Testament, its demise brings to mind related passages.

In the Hebrew Scriptures, it was God’s people who were frequently commanded to destroy the sacred stones of Baal. Take, for instance, the story of Gideon. In Judges, God tells him to “Tear down your father’s altar to Baal… [and] build a proper altar to the LORD your God” (6.25-6). Gideon obeys, and the public is incensed. It makes the news, and in response to this outcry, Gideon’s father Joash speaks up, ironically, to defend the destruction of his own pagan altar. (I’d laugh at such hypocrisy if it did not remind me of some of my own sermons.) As the text reads:

“Joash replied to the hostile crowd around him, ‘Are you going to plead Baal’s cause? Are you trying to save him? Whoever fights for him shall be put to death by morning! If Baal really is a god, he can defend himself when someone breaks down his altar’” (vss. 31–32).

In explaining their actions, ISIS gave a similar reason: it was a religious duty to remove all elements of polytheism. “If Baal is really a god, he can defend himself.”

But Baal is not a god, so while I will not speak up for him, I will speak up for his temple—and not just because it was a World Heritage Site. My reasons have to do with missiology, not just masonry, and with pluralism more than polytheism.

Already in the earliest days of the church, the approach toward pagan shrines had shifted somewhat, from demolition to respectful disagreement. In the first century, committed Christ-followers were a minority within a culture of excess, immorality, and empire run amok. The situation was similar to today in the U.S., but with far less state protection. Yet while the New Testament detests graven images as much as the Old, there is not a single verse commanding believers to act violently toward other religions, their adherents, or their holy sites.

In line with this, the book of Acts (ch. 19) tells the story of an angry mob of pagans, who confront Paul and others for daring to preach the gospel in the city of Ephesus, a town whose temple to Artemis was also a World Heritage Site of sorts—it had been one of the seven wonders of the ancient world.

In response to this violent mob of Artemis supporters, a pagan city clerk steps forward to say this regarding the respectfulness of Christians: “…you [the angry mob] have brought these [Christ-followers] here who are neither robbers of temples nor blasphemers of our goddess” (Acts 19.37).

The statement fascinates me. These early Christians were neither defacers nor defamers of the local pagan temple. And if you’ve studied the temple of Artemis, you know that must have taken some remarkable self-restraint.

So what’s the point?

Part of an authentically Christian missiology is the conviction that the kingdom (not the caliphate) comes as we engage our culture with respectful sacrificial love. We must disagree, of course, with certain cultural values, but we must do so with gentleness and respect. That’s the kind of Spirit-driven engagement that left the temple of Baalshamin empty but still standing, and that’s how idols are dethroned in the new covenant.

So while everyone decries the deeds of ISIS (that does not require a PhD in ethics), we must also admit that we too are tempted to obliterate false worship through unholy means.

In the Bible-belt especially, we are tempted to think that we occupy something closer to the days of Gideon than those of the new covenant, and that is wrong. In the Ephesus of Acts 19, it is the pagan culture that shouts angrily at Christians, not vice versa.

So while I am saddened by the loss of Baalshamin—and while I defend its right to stand alongside other pagan temples—I am also hopeful. I am hopeful that years from now (perhaps in God’s New Creation) there will be other World Heritage Sites to proclaim the abandoned worship of false gods and goddesses.

The headquarters of Goldman Sachs would do for one.

And perhaps the ruins of an NFL stadium; the one in Dallas is clearly a temple to something.

And maybe a few worn letters from the sign overlooking Hollywood.

“The ancients had strange gods,” they’ll say. And they’ll be right.

That is why some pagan temples should stay standing, to remind us of what we once were. And to remind us how much better it is to serve a God of holy love.