When it was almost time for the Jewish Passover, Jesus went up to Jerusalem. 14 In the temple courts he found people selling cattle, sheep and doves, and others sitting at tables exchanging money. 15 So he made a whip out of cords, and drove all from the temple courts, both sheep and cattle; he scattered the coins of the money changers and overturned their tables. 16 To those who sold doves he said, “Get these out of here! Stop turning my Father’s house into a market!” 17 His disciples remembered that it is written: “Zeal for your house will consume me.” (John 2:13-17)

The story of Jesus’ cleansing of the temple requires some background information to be fully understood. The court where they were selling sacrificial animals and changing money was the outer court of the temple, otherwise known as the Court of the Gentiles. This was the only place in the temple non-Jews were allowed to come and pray or offer sacrifices, and it was a relatively new thing for the Jewish temple officials to make available animals for sale in the temple precincts. Previously, such animals had only been sold in places like the Mount of Olives, but apparently the Jewish officials figured out a way to make a little more money for the temple treasury (especially important since the building of the temple proper was still continuing all the way up to the Jewish war in the AD 60s). Jesus sees this as a defiling of the temple, turning it into a marketplace. This reminds me of the church I once visited who had a senior minister who thought it was a good idea to install an ATM machine in the vestibule of the sanctuary “in case people forgot to bring money to give to the church.” I was present at the meeting the Monday after this item was installed and, needless to say, the huge negative reaction to a mechanical but literal money changer in the temple led to its immediate removal.

The money changers were needed because the proper coin for paying the temple tax was the Tyrian shekel, which had the purest silver in it. This coin had a picture of Herakles (Hercules) on one side, and the royal eagle on the other, neither of which images would have failed to offend devout Jews. Nevertheless, these were the coins that the Jewish authorities required for the tax.

Jesus’ reaction to these activities is dramatic, but we need to bear in mind it was not actually a cleansing of all the temple, which would have involved other courts as well and presumably the temple treasury itself, with its pagan coins. This is what is called a prophetic sign act, rather than a true full cleansing. It symbolized not only the need for reform, but it probably symbolized the coming judgment of God on Herod’s temple, which Jesus clearly predicts in Mark 13, where he says it will happen within a generation (i.e., forty years). In fact, the temple became the temple of doom exactly forty years after Jesus’ death in AD 30.

We are told that later the disciples remembered Psalm 69:9—“Zeal for your house consumes me”—which is spoken by God in the psalm. Here, it is used of Jesus himself to explain his actions. The implication is that Jesus is acting for God, or better said, as God himself. The theme of memory is important in this Gospel. We are told in John 14–17 that the Spirit gradually leads disciples into all truth, and so here we see an instance of where the event happened at one point, but the spiritual understanding of its significance did not come until after Pentecost. This is true of many of the things that Jesus said and did, and perhaps we should not be too hard on the disciples. After all, they did not yet have the Holy Spirit during Jesus’ ministry; they were only Christians under construction, learners in the school of Jesus. 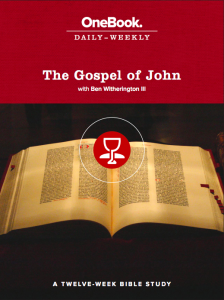 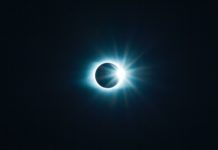 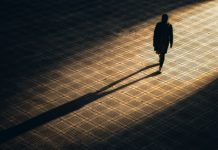