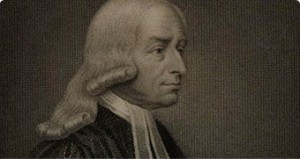 In his book, John Wesley In America: Restoring Primitive Christianity, Geordan Hammond sets out to refute the numerous truncated views of John Wesley’s mission to Georgia. Most biographies of John Wesley pay little attention to Wesley’s ministry in Georgia aside from noting the Sophia Hopkey controversy, Wesley’s contact with the Moravians, and the suggestion of a spiritual crisis that led to his Aldersgate experience. Likewise, many biographies import a post-Aldersgate lens to effectively “de-Anglicanize” Wesley. Hammond argues that Wesley’s ministry in Georgia was not a failure, as many people are prone to imply, but rather Wesley’s attempt to inaugurate primitive Christianity in the pristine Georgia wilderness.

Hammond’s work is particularly persuasive because he fails to engage with other positions. For instance, some authors suggest that Wesley’s practice in Georgia was simply the transplantation of Oxford Methodism in the new world. Hammond paints Wesley as an optimist seeking to revive the apostolic church in Georgia; however, Wesley himself said that he did not believe that he could attain any great degree of holiness in the young colony compared to what he had experienced in Oxford.

Hammond’s central argument revolves around Wesley’s studies prior to and during his time in Georgia, his ecclesial practice in the colony, and the push back his ministry received. In addition to the revival of patristic studies in England and the influence of high churchmen and nonjurors, both of John Wesley’s parents held the early church in high esteem, which contributed to Wesley’s positive views of the early church. On his voyage to the new world, Wesley spent an hour each day reading something from the first three centuries of the church (154). Likewise, Wesley’s reading at Oxford focused primarily on Anglican and patristic models of Spirituality (95). All of these factors contributed to Wesley’s desire to revive the apostolic church.

Hammond’s argument is convincing as an overarching meta-narrative for Wesley’s ministry, but Wesley’s mission in Georgia is much more diverse than what the author depicts. Hammond’s work is best suited for research purposes and individuals who already have a historic framework for the events of Wesley’s ministry in Georgia. The author does not present Wesley’s work in a narrative or chronological sense, but examines different facets of his work through the lens of primitive church revival.

While perhaps it was not Wesley’s conscientious decision to attempt to recreate the primitive church in Georgia, many of his practices do align with this pattern of thinking. Wesley’s attempt to establish a mission in the new colony proved to be more difficult than he anticipated. His heart and passion for people to know and practice true Christianity was sometimes outshined by his desire for order and adherence to primitive church practices. The byproducts of his ecclesial experiment were a number of charges levied against him and a tremendous amount of experience and insight for young pastors.

Sexual misconduct is a disastrous plague upon the 21st century church; the same, it would appear was true in Wesley’s day.  One of the enduring elements of Wesley’s ministry in Georgia was the Sophia Hopkey debacle. While Wesley’s relationship with Sophia has gathered greater historical and biographical attention, his lesser known relationship with Margaret Bovey was perhaps equally as intimate. Wesley saw Margaret Bovey regularly for “French lessons, religious talk, devotional reading, and religious society meetings on an almost daily basis,” even after her marriage (138). Hammond suggests that part of Wesley’s motivation for having these frequent meetings was his desire to train female Deaconesses, patterned after the primitive church. Later on, this behavior would come back to impact Wesley when Patrick Talifer made clear insinuations that Wesley had seduced several women and possibly manipulated them in a sexual manner. Had Wesley guarded himself, his time, and his locations for meeting more carefully, these accusations could have been largely circumvented. Transparency, safeguards, and oversight are equally if not more vital today as they were in the 1700’s.

The Shepherd’s crook is for striking the wolves, not the sheep. Wesley, as a young priest in an infant colony, certainly faced some pastoral difficulties. Wesley believed, while in Georgia, that parishioners ought to be reproved publicly; if their witness did not match what Wesley believed the Christian witness ought to be, he would refuse them communion and instruct them to improve before he would serve them—a decision he would later come to regret (102). Likewise, Wesley was accused of attacking parishioners from the pulpit. William Horton said of Wesley, “all your sermons are satires on particular persons […] for we won’t hear ourselves abused” (165). When a congregant’s behavior or attitude is allowed to fester, the temptation to rebuke that individual’s actions or mentality from the pulpit is great. The gnaw of an unrepentant congregant on the mind of a pastor is no small thing, but to preach rightly, the pastor must make the Word the primary subject of the homily. Allowing a thorn in your side to rob you of joy does a disservice to the preaching of the Word. Wesley’s actions were exacerbated by his belief that he would face “trials” in the Georgia Colony, even at the hands of his parishioners. Although some pastors do face hardships in the parishes, the image of the Church that the Bible presents is a community of faith that is cared for by leadership and cares for their leadership. If a person believes that any pushback received in ministry is merely part of the “hardships” Christians will face, that person places him or herself in the position of infallibility and creates an inability for anyone to speak into his or her life and ministry.

Knowing when to confront error with Biblical truth in the life of parishioners is no easy task. Deciding what doctrines and teaching are essential has caused more than one war. Knowing your parishioners well lets a pastor know which issues needing correction are due to underlying baggage and which people are simply misinformed.  Many of the charges against Wesley by the grand jury cited him as attempting to institute “Popery.” Specifically, Thomas Causton said he was “a Papist, if not a Jesuit” (161).  Patrick Talifer, William Norris, and Thomas Causton saw Wesley’s behavior as similar to the tyrannical behavior of the Roman Catholic Church they had left in Europe. People with a still vivid social history of oppression at the hands of the Roman Catholic Church were very suspicious of Wesley’s personal devotional habits as well as his ecclesial conduct.  Although Wesley was conducting himself in the best manner he knew how, the ingrained fear of “Popery” in his parishioners created unnecessary pushback for some of his practices. Today, people come to the church with variegated histories; some come to saving faith out of no religion, some through Catholicism, evangelicalism, fundamentalism, Pentecostalism, and other religions entirely. Their personal stories have to be brought into the redemptive narrative of God’s people.

However, some of Wesley’s ministry did more than step on the toes of some parishioners. His attention to each member of his flock is commendable. Wesley, following the pattern of his father Samuel, visited his parishioners regularly to speak with them on “religious matters.” His intentionality with each congregant was apparent, and although his diligence sometimes created tension between them, his effort is praiseworthy. This model might seem antiquated in a modern setting of Twitter, text messaging, and email; however, there is little today that can compare with the value of meeting in the homes of others and breaking bread together.

Originally intended as an indictment, Thomas Causton said that Wesley “made no distinction between unworthy and worthy poor. […] You don’t repel the drunkards and the whoremongers that come to your house, though they only come for a piece of bread” – what a fantastic charge against a Christian! (181) Wesley was noted for giving much of his pay to those in need, despite the fact that he made very little. In fact, Wesley sought to grow as much as he could on his portion of land, so that those in need could come and take during the growing months.  Wesley very clearly modeled the unconditional spirit of giving that Christ did and even received some of the same charges against him as Jesus did.

5) Practice what you preach

Wesley was a voracious reader and an excellent student. Each day he spent on the Simmons, Wesley devoted an hour each day in prayer, an hour reading from the Bible, an hour reading from the early church, and an hour studying German or Greek. When Wesley read something, he put it into practice. Specifically, he noted the holy days of the early church and began observing them, along with regular fasts, diet changes, and even sleeping on the floors to imitate some of the desert fathers. As Wesley discovered ways in which he could bring his life into harmony with the pattern of the early church, he did so.

Beginning with the Oxford Methodists, Wesley’s devotional life incorporated everything he read and believed to be useful.  This is a gift that many a pastor and seminary student wished they possessed. It takes a tremendous measure of self-control to rigorously apply the practices of aestheticism to one’s life, particularly to the degree that Wesley did. His own devotion formed his Spiritual life, as well as his intellectual life. As he became convinced of different views and theological convictions, he would incorporate them into his preaching and teaching when possible. He recognized that being a student was not only a lifelong calling, but more importantly, the working out of that knowledge as it was gleaned.

In short, Geordan Hammond’s book takes a critical approach to the original sources surrounding Wesley’s ministry in Georgia. His level of engagement is penetrating, yet he seems to overlook some elements of Wesley’s notes and journal writings. His work is well suited for Wesleyan studies and perhaps the roots of Methodism in America. Since many biographies of Wesley largely overlook or pay little attention to his time in the colony, readers could easily supplement their Wesley studies with Hammond’s work and would benefit from Hammond’s perspective on the events surrounding Wesley’s ministry in Georgia, which informed much of his theological journey and provides many lessons to contemporary readers.