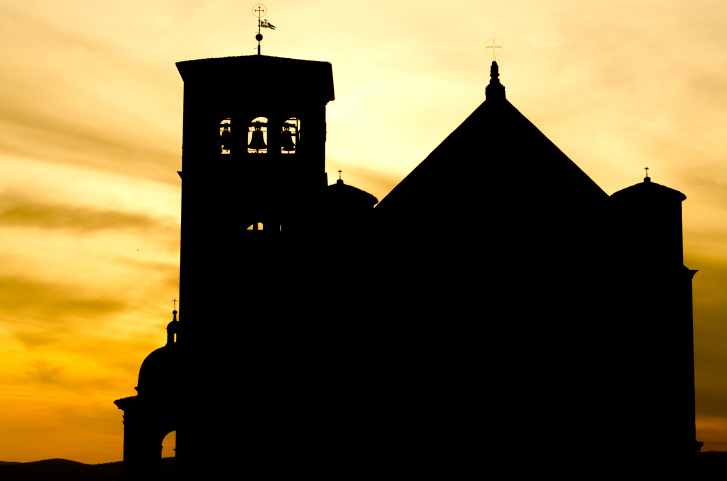 I’m pretty sure this is evidence of the growing assumption that the Church’s mission is to ”build the kingdom,” in which case productivity would need to be a priority. Of course, this language of “building the kingdom” is actually never used in the Bible. The closest we get to it is a prayer that our Father’s kingdom would come on earth, so that heaven and earth would find some sort of alignment, which Jesus associated with His will being done. But what people likely mean by “building the kingdom” is “building the Church,” and that language is indeed used; it’s just that the Church is never the subject of the sentence. Jesus told Peter he would build his Church (Mt. 16:18). In fact, even when it came to building a leadership team of workers, he just told them to pray “to the Lord of the harvest to send workers” (Mt. 9:38). You almost get this weird sense that the only way churches grow, people are mobilized, and “the kingdom comes” is when God answers prayer; as though anything we can do for God is only possible if he does it for us; as though the heavy burden of the kingdom is not dealt with by finding “people who invest in people” to share the burden–a burden which mysteriously doesn’t get any lighter no matter how many “share” it–but by recognizing that it is not the Church’s burden in the first place.

The Church’s responsibility is not productivity; it is faithfulness. The illusion that doing more than we are asked is better than doing less than we are asked fails to value to function of witness, of what we are communicating by doing more. Doing less than what God has commanded communicates that we do not take his judgments seriously, but doing more than what God has commanded communicates that we do not take his promises seriously. But they both are expressions of unbelief–one just takes the road of unrighteousness, the other self-righteousness. Both misrepresent Christ, who obeyed God to the bitter end and trusted him even when his entire ‘Church’ had died. Jesus built his Church from 12 to 0 in a matter of three years, because he refused to compromise faithfulness for productivity, which was particularly evident as crowds flocked to him, ready to follow, and he said things like, “Eat my flesh! Drink my blood!”, at which point the flocking crowds, even some of his disciples, scattered like sheep without a shepherd “and no longer followed him” (Jn. 6:66). The witness of a crucified and risen Lord can never faithfully follow conventional leadership principles, because conventional leadership principles are not allowed to account for the God variable. Christian leadership as such has to pretend like God didn’t say he would build his Church and send his workers. It may tell us to pray, but then it will get on with the more serious business of strategizing, and its pupils will take the iron yoke of their strategy and begin proclaiming it like an Amway sales pitch: “It’s as easy as 2x2x2–it’s all about multiplication!”

But it’s not about multiplication. It’s about obedience. And obedience to Jesus, while broad in scope, has a few definite and rather unconventional qualifiers, without which all other forms of obedience are relativized. At the heart of obedience to Jesus is the command to ask for forgiveness and to forgive others (Mt. 9:12-15). In fact, the only thing that can get us in the kingdom is being forgiven by our Father in heaven and the only thing that can kick us out of the kingdom is withholding forgiveness from others: “For if you forgive others their trespasses, your heavenly Father will also forgive you, but if you do not forgive others their trespasses, neither will your Father forgive your trespasses” (Mt. 6:14-15; cf. Mt. 18:21-35). This means that, in a strictly qualified sense, the ultimate form of obedience, which exceeds the “righteousness of the scribes and Pharisees” (Mt. 5:20), is primarily concerned about our being forgiven and forgiving others even more so than our not needing to be forgiven. This forces us to both maintain a permanent posture of humble repentance (“forgive us our trespasses…”) and of gracious forgiveness (“as we forgive those who trespass against us…”), while still asking for help to overcome our losing battles to sin (“lead us not into temptation but deliver us from evil…”), which keeps us from the grave error of thinking that the inexhaustible forgiveness of God is a cheap endorsement of sin. Indeed, with every request of forgiveness we must make our request at the foot of the cross; we must see what forgiveness of our trespasses truly costs, which will free us from ever being tempted to withhold our forgiveness from those who have trespassed against us. And inasmuch as a community is formed by this standard of righteousness, it will be a community that ever and again dramatizes the Gospel, always finding itself on both the giving and receiving end of grace.

So what are we left with? The kingdom of God can only be received. The building of the Church can only be received. The growing of our leaders can only be received. Even our ability to overcome sin can only be received, which is why we ask God himself to deliver us. One would almost think that the mission is not the Church’s at all, only God’s, which would leave us to the category of witness, which is the category Jesus left us in (Acts 1:8), so that all we can do is declare what God has done, is doing, and has promised to do. But we are apparently called to witness not only with our words, but with our works. Indeed, we are told that “unless our righteousness exceeds that of the scribes and Pharisees, you will never enter the kingdom of heaven” (Mt. 5:20). And if we assume that Jesus is just saying that we have to be more righteous than hypocrites, as the scribes and Pharisees are caricatured in the Sermon on the Mount, he goes on to say “You must be perfect, as your Father in heaven is perfect” (Mt. 5:48). Of course, Jesus did not say to “be as perfect as,” which would be a quantitative statement. In that case we would most certainly be hopeless. He said, “Be perfect, as your Father in heaven is perfect.” And he said it just after telling his disciples to love their enemies (Mt. 5:44), which means perfection, and probably such exceeding righteousness, is not quantitative but qualitative. It is a certain way of righteousness and perfection. And it is perhaps that way that gets particularized in the Lord’s Prayer (Mt. 5:9-13) and the following statement (Mt. 5:14-15). It is a righteousness and a perfection that seeks to order a community that does unto others as God has done unto them: to forgive those who don’t deserve it and to love those who don’t deserve it, because God forgives us and loves us, and none of us deserve it (cf. Mt. 7:12). And it is this kind community whose “light will shine before others, so that people may see [our] good works, and glorify [our] Father who is in heaven” (Mt. 5:16). Perhaps if we take seriously what people see when they look at us, we will be able to understand why Jesus did not separate the Great Commission from Christian obedience (Mt. 28:20) or Christian unity from Christian witness (Jn. 17:11-26).

Being witnesses of Christ is not about quantity but quality, not about production but faithfulness, because if our proclamation of the Gospel and practice of the Gospel want to find congruence with the Gospel, we must commit ourselves to the grace of the Gospel, so that everything we say and do communicates the truth that the only thing we can do to see the Church grow, the kingdom come, and the Gospel spread is learn how to receive.

Postscript: In response to some questions raised about this article, I need to make clear that I am not suggesting that we need to do away with what we typically call “missions,” but rather that we need to address the role of “witness” in our local congregations. Helping our local congregations take seriously their role as communities of Christ’s faithful witnesses will enable them to see the central role of the local Church in God’s mission of creating a “royal priesthood, a holy nation” (1 Pet. 2:9; cf. Ex. 19:6; Tit. 2:14), of creating a peculiar people who are meant to be put on display for the world to see. It is on the stage of the local Church that our candid honesty to confess, humble willingness to forgive, and unsentimental commitment to love in the concrete ever dramatizes the Gospel we preach. Our observability as such serves as the prevenient grace of our proclamation, just as our observability as a self-righteous, pitiless, shame-perpetuating people serves as the prevenient hypocrisy of our proclamation. Besides, faithfulness to all Christ’s commands (Mt. 28:20) will obviously include an aspect of going and/or sending to the ends of the earth, but not without addressing the role of the Church when it gets to the ends of the earth, as well as when it is in Samaria, Judea, and Jerusalem, because regardless of where a church is, what its denomination, how new or old its members, it has in common with all the rest the same Lord who gives to it the same commands that are designed to shine the same light to the same world so that all who observe its witness as such “might see [our same] good works and glorify [our same] Father who is in heaven” (Mt. 5:16).