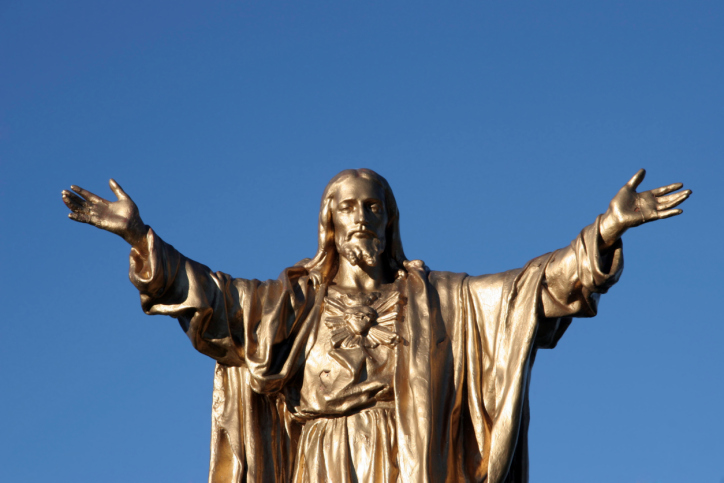 The Manti Te’o saga is one of the most extraordinary stories I have ever heard, and as a proud graduate of Notre Dame and a heavily invested fan of the Fighting Irish, I make no pretense to be an objective observer. As new details continue to be disclosed, I want Manti to be vindicated, I want the evidence to come out in his favor. Even if he is not without some degree of fault in the matter, (and it seems clear he is not), I hope I can honestly retain a positive view of one of the most popular players in Notre Dame history, and the winner of several post season awards.

Now many people, including me, have wondered how he could possibly have fallen so hard for so long for a hoax, first reported by “Deadspin,” that in retrospect, involves a number of rather implausible details. Interestingly, however, one of those who have come to Te’o’s defense is the maker of the documentary film “Catfish” and the TV show by the same name that explores cases of people who have been hooked by internet romances that turned out to be fraudulent. As the author of this film and show explained, Te’o fell for it largely because he wanted it to be true. And anyone who has seen the clips of Te’o talking about “Lennay” before the hoax was exposed can easily see this. Manti wears his heart on his sleeve, both on and off the field, and it is hard to deny that his feelings for “her” were intensely real.

Consider how “Lennay” was presented to him. She was a beautiful, long haired woman who had a heart of love for God, a heart that overflowed with love for other people. She regularly discussed the Bible with him. She urged him to remain humble and put God first. She loved him for himself, not because he was a star. When she was dying of leukemia, she wrote him inspirational letters, which her “family” read over the phone, only one of the ways she was thinking of others more than herself, right up to the end when she urged Manti to stay there and honor her by the way he played, rather than coming to her funeral.

Can you blame Manti for wanting this woman to be real, and getting emotionally caught up in the belief that she was? I know I can’t. Indeed, anyone who knows me knows that I have a deep streak of romanticism and that I have fallen for similar things myself. So I may as well come clean.

I have bought, hook, line and sinker, into a story that says that ultimate reality is an eternal relationship of joyful, reciprocal love. Before the world was created, this love eternally and delightfully flowed between the Father, Son and Holy Spirit. And when mankind fell into ruin, that love was extended to us when the Son came to rescue and restore us. As he hung dying on the cross, he prayed for his Father to forgive his enemies who put him to death. And he loves all of us with the same sort of love that the Father has had for him from all eternity. Despite knowing all of my failings, every one of my worst moments, he loves me, and he promises not only to forgive me, but to transform and empower me to love as He does.

It’s a tantalizingly beautiful love story, and I’m under no illusions. I want it to be true, with all my heart. I want it to be true that I and everyone else are loved like that. But like Lennay, it can all seem too good to be true. Indeed, more than one media critic has implied that Te’o’s gullibility in the matter is very much in keeping with the faith in “dead” people that Christian institutions like Notre Dame perpetuate.

The incredulous sneers are nothing new. My favorite atheist, Nietzsche, was a master not only of suspicion, but also scorn, and I was particularly struck recently by this passage in which he describes what he calls “that most brilliant stroke of Christianity: God’s sacrifice of himself for man. God makes himself the ransom for what otherwise could not be ransomed…the creditor offers himself as a sacrifice for his debtor out of sheer love (can you believe it?) out of love for his debtor…”

Nietzsche’s incredulous “can you believe it?” goes to the heart of our postmodern suspicions and cynical doubts that anything that seems deeply beautiful or good can really be true. If ultimate reality is “the will to power” as he believed, and so many in our world seem to agree, such love is at best a delusion, an elaborate hoax waiting to be exposed.

So let’s go back to the Trinity. Christians first came to formulate this extraordinary doctrine when they became convinced that Jesus was divine, that he was more than a man and his death on the cross was far more than a stunning tragedy. Trying to make sense of how Jesus was divine, yet distinct from the Father in some sense (as well as the Holy Spirit) put Christians on the road to the doctrine that there is “one God in three persons.” But the notion that Jesus is the Son of God incarnate is hardly a simple deliverance of common sense, and indeed, that extraordinary claim was generated by the astounding surprise of his appearances after his death, and the disciples’ subsequent conviction that God had raised him from the dead. So the later doctrines of the incarnation and then the Trinity were generated by the explosive event of the Resurrection. If the Resurrection did not really happen, there is no good reason to believe in incarnation and Trinity.

And here is a telling parallel, and radical difference, between Christian faith and the Lennay Kekua hoax. For centuries, critics have been attempting a “Deadspin” sort of expose on the Resurrection. Scholars, journalists and various other critics have put forward numerous theories that would reduce the Resurrection to the greatest hoax in human history. But unlike the expose of Lennay Kekua, none of these attempts have succeeded. None of these theories have stood up to critical investigation, as a number of scholars have shown. Recently, my colleague Mike Licona has masterfully argued this in painstaking detail in his important book The Resurrection of Jesus: A New Historiographical Approach. And more positively, Licona argues that if one rigorously applies the methods of critical historiography to the matter, “we may declare that Jesus’ resurrection is ‘very certain,’ a rendering higher on the spectrum of historical certainty than I had expected.”

I freely admit I want the resurrection to be true, I want it to be true that love is stronger than death. I am disappointed Manti Te’o’s moving story of a beautiful love turned out to be a hoax. But if the Trinity is real, it is no surprise that many of us, including most of all Te’o himself, wanted it to be true. For that kind of love is a reflection of the deepest reality, the kind of love for which all of us were created and for which all of us long. So I am still hooked by the story of the Trinity. I intensely want it to be true. And unless they find the bones of Jesus, or otherwise show that his Resurrection is a hoax, I will remain convinced that it is true.

And I will continue to wear my heart on my sleeve.