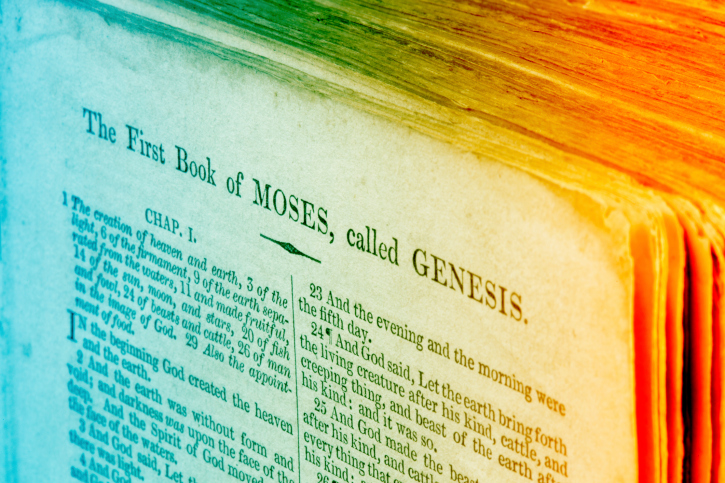 One of the questions Christians frequently ask is this: Do we need the Old Testament? Even if we know the answer is yes, it can be difficult to pinpoint why. Christopher Peters shares a helpful summary of the main reasons the Old Testament is still both as valid and useful today as it was when it was written.

The most frequently asked question I receive is, “What about the Old Testament?” Christians consider themselves under the plan of salvation and the lordship of Jesus Christ as presented in the New Testament, but we also say our holy writings contain the Old Testament record of Yahweh’s relationship with the Jewish people. What’s the relationship between the two? Do we have to follow the law of Moses, do we discard it entirely, or is there a third way?

One reason many are hesitant to make full use of the Old Testament is because they see the God of the Old Testament as a God distinct from the one of the New Testament. The OT God created the world—then destroyed it in water. He tried to get Abraham to sacrifice the son He had promised him. He became a genocidal deity (allegedly) who ordered the destruction of entire people groups in order to give the Israelites the Promised Land. We read in the NT that God is love (1 John 4:8) and sent his only son to die for our sins (John 3:16). How could a God who truly loves His creation commit the atrocious actions recorded in the OT? How can this be the same God?

Then there’s the whole matter of the law. If we live under grace and not law, as Paul writes in Romans, why do we even need to keep the Torah around? We don’t have to offer sacrifices or ritually bathe to cleanse ourselves of impurities. Salvation comes by grace through faith, not by obedience to a rigorous set of 613 commandments. So why keep them in the Bible?

The main reason is because Jesus himself said, “For truly, I say to you, until heaven and earth pass away, not an iota, not a dot, will pass from the Law until all is accomplished” (Matthew 5:18). At the very least, this means we can’t remain ignorant of the law; it should still be part of our history and our faith. When Christ says he fulfilled the law and the prophets (Matthew 5:17), it means that we can’t do it ourselves. The sacrificial system was completed by a single blood sacrifice, the shed blood of a God-man (Hebrews 10). The law requiring blood atonement wasn’t dismissed; it was fulfilled to the utmost.

It’s important to note here that Jesus doesn’t stand as some second iteration of Yahweh; he is Yahweh, the same God of creation and judgment we see in the Old Testament. Christ’s death on the cross stands in both continuity and fulfillment of the OT sacrificial system. When Jesus ascended, he promised to come again and serve as ruler and judge over the peoples of the earth, just as God stood in judgment over the Canaanites and Egyptians. The God of the OT is a God of grace and mercy, too. For example, God is declared to be a “compassionate and gracious God, slow to anger, abounding in love and faithfulness,” and “His anger is but for a moment, his favor is for a lifetime” in Isaiah 54:7-10. (See also Exod. 34:6; Num. 14:18; Deut. 4:31; Neh. 9:17; Psalm 86:5, 15; 108:4; 145:8; Joel 2:13)

Next, consider the book of Leviticus. The means of atonement is described in the first seven chapters, and the rest of the book contains specific laws pertaining to what constitutes moral/sinful behavior. In the structure, then, we see a God who is first and foremost concerned with reconciling all peoples to himself even before telling them how they’ll manage to go wrong and find themselves needing reconciliation and redemption. The Old Testament, just like the New, is the story of a perfect, loving God reaching out to have a relationship with imperfect people.

Additionally, Christ himself, before his crucifixion and resurrection, quoted the Old Testament with regularity. The same is true of many authors of the New Testament. Matthew’s gospel was written for a Jewish audience, and so he quotes the prophets regarding the coming Messiah to show how Jesus fulfills those prophecies. Matthew uses the OT to prove the central message of the NT: Jesus is the Messiah, the anointed Son of God. Paul’s epistles do the same thing; Hebrews uses the priestly imagery of Leviticus; the General Epistles mention Noah and Moses; and Revelation borrows imagery from Daniel. In short, we also keep the Old Testament around because so much of it is in the New and shaped its authors and texts.

Obeying the Spirit of the Law

So what do we do with the OT? The law was fulfilled, and we live under grace. This doesn’t mean, however, that we can’t obey the underlying principles of the OT in the age of the Church. It’d be difficult for most of us to leave part of our crops behind so others can glean the leftovers (Deuteronomy 24:19-21), but we can still show hospitality towards visitors and immigrants. We look at the view of women (revolutionary for its time) and realize we need to take steps towards gender equality. We see rules made to create a community of faith, and we live differently from the moral standards of our surrounding world. All of these guiding principles are reappropriated by the Church. (Of course, anything explicitly restated in the NT still goes, too: laws regarding murder, sexual sin, lying, etc.)

Christians should find a faithful friend in the Old Testament, just as in the rest of Scripture. God still uses the OT to speak to us and provide us with guidance and identity. And if you look closely, you will see a loving God of grace readily apparent even in the Old Testament’s darkest moments.

Interested in learning more about the Old Testament? Check out Epic of Eden by Sandra Richter.

View John Oswalt answering, “Why do we need the Old Testament?”