How Not to Do Singles Ministry in Church - Seedbed
close
Menu 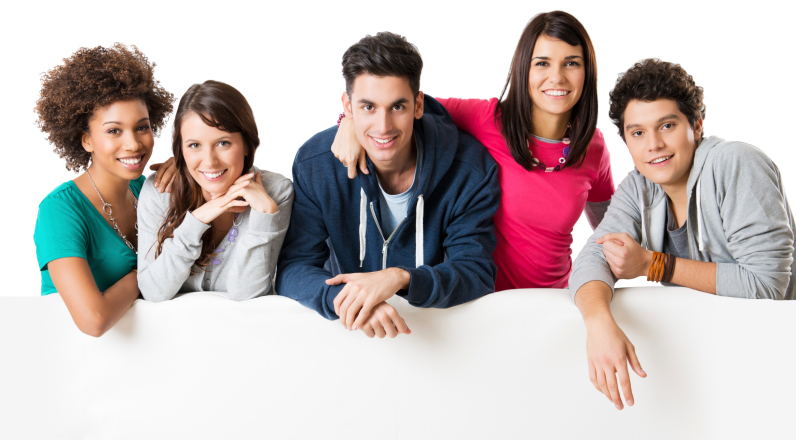 On a warm summer evening, I sit in the living room of a dear friend who has just become the youth pastor of an evangelical church in a neighboring city. He and his wife have attended said church for a little over two years now. Since their engagement, they have attended a Christian formation class specifically designed for married couples. The class has approximately 40 members between the ages of 23 and 35. The overwhelming majority of the couples have begun their families by having children. Because my friend and his wife do not currently have children, they have felt somewhat uncomfortable in the class. Yet despite their discomfort, they continue to attend, claiming their marriage is much stronger having attended than if they had not. He praised the leaders’ intentionality in focusing on scripture while also addressing matters of marital life, such as money, sex, and communication.

After about 45 minutes of conversation, I turn the topic from being a young married person in the church to being a young single person in the church. “How welcome would a single person feel in your church,” I ask. What he proceeds to tell me brings to reality what I had already supposed all along. He tells me the church he and his wife attends offers virtually nothing for young single adults. The only opportunity single adults have is a class blended with college students, which hardly sounds appealing to a young professional. My friend even stops mid-conversation and remarks, “If you are looking for singles ministry, X Church is not for you.”

The church my friend attends and serves is by no means unique in the American Church scene. Many churches thrive in offering Christian formation classes and fellowship opportunities for young married couples. These couples are allowed to identify with one another and find common ground with hopes of building lasting relationships. On the other hand, young single adults are given virtually no such opportunity. Instead, many churches offer a blanket “college and career” type of class, which is more awkward than it is helpful. Young adults are thrown in with college freshmen whose maturity levels have not yet reached a level that is adult-appropriate; indeed, it seems they are often consistently stuck in high school lockers. The spiritual needs of an 18-year-old college freshman are not the same as those of a 24-year-old young professional who is now entering the work force or graduate school for the first time. To assume that such a class could meet the spiritual needs of both is, in my mind, ludicrous.

To separate young married couples and young single adults through offering marriage classes and “college and career” classes is to make a fundamental flaw with regard to Christian identity. Offering marriage classes is to define young married couples by who they are. Offering “college and career” classes defines young single adults by what they do. To stereotype a single adult with a Christian formation class focusing solely on his/her education level and occupation is to ignore whom a young single person is as a human being. A young single person is much more than what degrees they have attained or how they earn a paycheck. They are a person created in the image of God who needs to be affirmed and celebrated just as any married person.

In envisioning a new or a restructured singles ministry, churches should take every step in making it as welcoming and affirming as it can possibly be. Here are some great places to start:

1) The single person’s identity should be found first and foremost in Jesus Christ.

The same could be said for a married person’s identity. A married individual should not find their identity in their spouse but should find it in Jesus Christ. A person is much more than his or her marital status. To identify and value people by their marital status is a form of idolatry, a sin which many churches are guilty of committing. All people bear God’s image, and God calls the Church to bring people to discover their identity in his Son, Jesus.

2) The Church should evaluate how its other ministries make single people feel.

If the church where you serve has a group for married couples, how does it advertise it? Does it use appealing titles (such as “Livin’ the Dream”)? How does it communicate to single people? Does that mean they are not living the dream?

3) A singles ministry should be led by a single person.

Such a suggestion would seem obvious, but it is surprising at how many singles ministries are led by married people. How can a married person relate to the needs of a single person and vice-versa? Such a dynamic would erect an unproductive barrier that would inhibit Christian growth and spiritual development. A single person leading the group is able to better relate to the struggles and blessings of being single. Some might object due to there not being any single people in their churches who are qualified to lead such a ministry. If so, then church leaders should take care in raising up qualified leaders to build up a part of Christ’s body that often gets ignored.

4) A singles’ ministry should never be futuristic.

This point could also read, “A singles’ ministry should never be sympathetic.” It is so tempting to treat single people with the reassurance of their not being bound to their singleness forever. Instead, many treat singles ministry as if single people are in grief mode. Many tell them, one day, they will not be single anymore, or they need to be patient and wait for God’s timing. Such sentiments are trite and never do any good. Believe it or not, there are some people who live very blessed and fulfilled lives as single people. Futuristic singles’ ministries make singleness sound more like a curse rather than a blessing.

5) A singles’ ministry should never act as “Cupid’s Arrow.”

A singles’ ministry should not be the church’s alternative to a singles’ bar, where Christians can come and meet people who may or may not be future spouses. Ministry leadership should not act as Cupid’s Arrow in hooking people up or seeking to establish relationships between other people. The goal of singles’ ministry should always be Christian growth and fellowship, not a way to lead to marriage. Such an approach will lead to more harm than good.

6) A singles’ ministry should never be oppressive.

This point could also be titled, “A single’s ministry should never be legalistic.” Oftentimes, singles’ ministries tend to focus solely on a list of things single people can and cannot do, especially in the nature of sexuality. While a church should not be expected to ignore their sexual standards or ethics, a singles’ ministry should not focus solely on what a person does or does not do with his/her genitals. Cramming a list of rules down the throats of attendees does not create peace or Christian growth. It only creates feelings of angst, oppression, and diminishment.

In conclusion, by creating holistic singles’ ministries, churches can reach a group of God’s people who often go ignored because of their singleness. Single people have a lot to offer the Body of Christ, and it is the Body’s responsibility to foster a sense of community, affirmation, and welcome to single people. Far too often, the Church has not lived into this wide-encompassing understanding of community. It is time to change this trend and reform singles’ ministry for the betterment of the entire Body of Christ.