Out with the Old and In with the New? Understanding “New Power” - Seedbed
close
Menu

While most of us readily admit our culture is changing, fewer of us are certain what that means for our institutions. That lack of certainty can be paralyzing. As a result, we often find ourselves following the same course. While such an approach may not bring continued long-term success, for many, it appears safer than retooling our own skills or recreating our organizations in a changing world. Staying the same, however, is not the answer.

Recently, The Lake Institute on Faith and Giving hosted Henry Timms, the Executive Director of the 92nd Street Y in New York City and the founder of #GivingTuesday.  Timms’ focused on the notion of “new power.”  Timms notes that institutional models are shifting. Old models, such as many traditional denominations, are managed top-down, rely on professionalization and expertise, while asking for long-term affiliation without broad participation. New models, however, are more focused on transparency and co-production. They allow individuals to opt-in around mutual interests and share in leadership rather than require exclusivity and formal membership. For new power models, think Etsy and Uber versus big box stores or regulated taxis. Here is a link to his article in the Harvard Business Review. 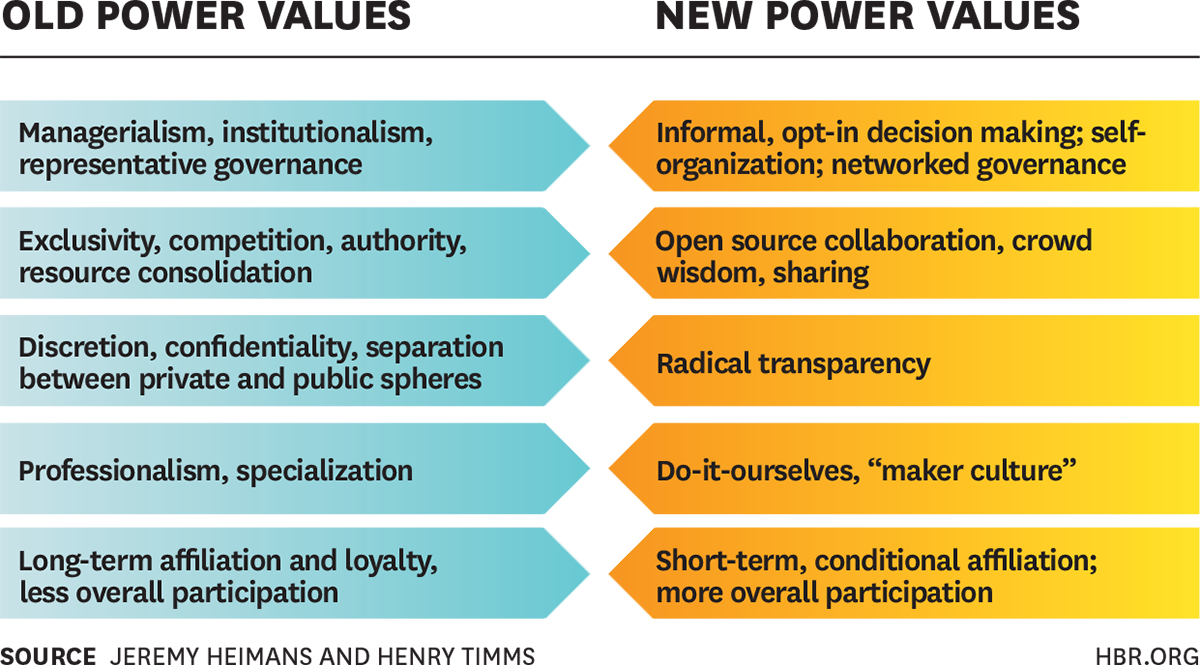 When it comes to leadership and fundraising, what might faith-based organizations learn from a new power lens?

Are you willing to open our institutions to experiment with new models and values?