Punch the Other Cheek: A Look at Fight Church - Seedbed
close
Menu 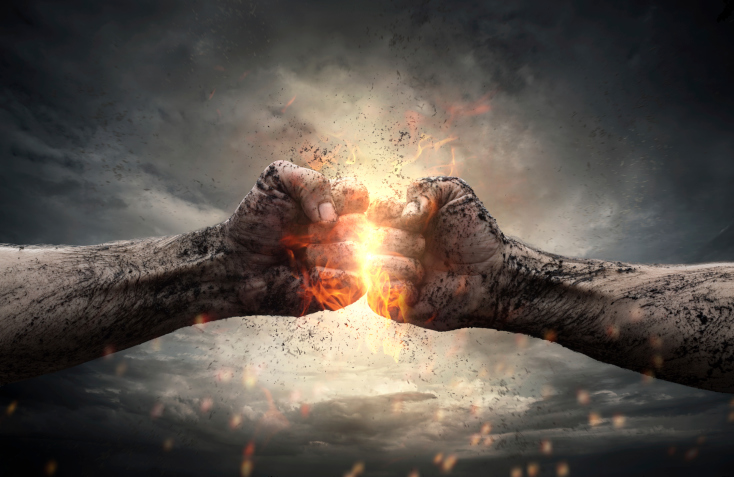 One church in Rochester, NY now has a Mixed-Martial Arts gym onsite. They use it as a way to reach people interested in the popular US sport, and as a way to help people grow in their faith. Scott Huntington asks whether or not this is a valid form of evangelism and discipleship.

Most evangelical Christians believe they are called to fulfill what’s referred to in the Bible as the “Great Commission.” Matthew 28:19 says “Therefore go and make disciples of all nations, baptizing them in the name of the Father and of the Son and of the Holy Spirit.” That means sharing the Gospel of Jesus Christ as much as possible with anyone who’s willing to listen. There has been no shortage of conversion techniques used through the centuries, but one that’s really raising eyebrows lately has spawned a soon-to-be-released documentary called Fight Church.

A Church with an Innovative Approach

Pastors of all denominations often struggle to figure out how to attract new church attendees and satisfy those who already go to a particular house of worship. Although preaching God’s Word is important, many people understandably seek a church format that’s relevant to their lifestyles.

Victory Church is located in Rochester, NY, and besides all the usual offerings of a church, like Bible studies and youth groups, it has a Mixed Martial Arts (MMA) gym on-site. MMA has grown rapidly in popularity over the last few years, and that fact has not escaped the leaders at Victory Church. They’ll even soon be screening the Fight Church documentary in the building.

Successfully funded through a Kickstarter campaign, Fight Church looks at several churches like Victory that have decided that perhaps the way to lead people to a growing relationship with Christ is to have them fight each other. The feature-length documentary interviews several pastors who support the initiative, as well as fighters themselves. It begs the question “Is this really a valid way to gain followers for Christ?”

Blending Life as a Christian and Life as a Fighter

You might be curious about whether the people who participate in MMA as a church activity were Christians before they took up the sport, or if it was the other way around. The film interviews people from both situations, and the common thread between them is that they’re able to balance their faith with their athletic enthusiasm in a way that makes sense for them. It’s a movement that’s now getting nationwide attention.

In the Bible, Christians are also called to be “in the world, but not of it,” and told to act in a way that is “a light to the world.” Some may argue this interesting way of blending MMA with faith is an excellent method of appealing to people who wouldn’t otherwise give Christianity a second thought.

However, the Bible also talks about loving our neighbors. Is fighting with someone for reasons of faith truly a good representation of the command to “love thy neighbor”? Luke 6:29 says “Whoever hits you on the cheek, offer him the other also; and whoever takes away your coat, do not withhold your shirt from him either.” The basic premise of a fight is that you have an enemy and you are trying to physically cause him pain to defeat him. Sure, church softball games can turn brother upon brother, but not through physical violence. There’s also a fine line between learning self-defense skills and becoming bloodthirsty. When the guys are looking forward to beating each other up more than studying the Word, that can create huge problems.

Better Ways to Show Love and Grow your Group

If you have a men’s group that’s looking to attract others through some of the traditional “masculine” activities, here are a few ideas that don’t involve punching each other in the face. Central Presbyterian Church in Pennsylvania held a “wild game dinner” where the men wore camouflage and brought in “manly food” such as duck, goose, jerky, and every kind of venison you can possibly imagine. They also have a man’s day at CJ Pony Part’s Mustang Rally, which is a very popular event. There’s nothing like a group of guys getting together to talk cars.

Sporting events are always good draws, either going to a game or starting a team. If softball isn’t up your alley, there’s bowling, tennis or Frisbee golf. These sports can grow your relationships and attract new men to your group as well.

You be the Judge

Clearly, the method in Fight Church is a bold approach is one that raises a lot of questions, so it’s no surprise that it’s now become the subject of a documentary film. You may not want to make any decisions before seeing the film for yourself, but there are certainly less violent ways to introduce people to Christ or help them become stronger in faith.

What do you think about combining church with MMA fights? Is it a good way to bring people to God or a recipe for disaster?

© Seedbed 2021
Punch the Other Cheek: A Look at Fight Church
MORE STORIES