Raising up the Next Generation of Worship Leaders - Seedbed
close
Menu 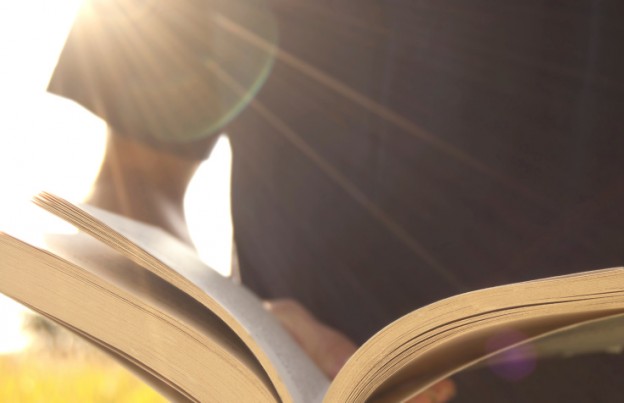 I received my call to ministry in a very literal format—through an actual phone call. That’s the short version of the story.

For those of you who’d prefer a little more detail: I was a young mother who was enrolled in a graduate Communication Studies program because it seemed like the logical thing to do—an investment in my future for the not-so-far-off time when my children were in school and I was ready to re-enter the work force, full time. There was a problem, however: I was miserable.

One night, as I lay restless in my bed, complaining to God about my feelings of discontent, I felt as though the Lord said to me, “I didn’t ask you to do this.” I paused, thinking, “what on earth do you mean, Lord? I’m just trying to prepare myself for what you have next for me.” Then suddenly, it dawned on me that this path I was journeying really was of my own invention—what I thought seemed logical, but not something in which I had truly sought God’s leading.

Eventually, I mustered up the courage to withdraw from the school I was attending. I cried the entire drive home, feeling as though I had just become a “drop out” and wondering if I would ever understand what I was to do with my life. That’s when the phone rang.

I pulled myself together and answered the phone, attempting to sound cool and collected, rather than like the basket case I was in that moment. To my surprise, the voice on the other end was a relative stranger—the worship pastor at the church my family had been attending for just a few months. We had just settled in the area and were not yet very integrated into the life of this local church community. After identifying himself, the pastor said, “I have to be honest with you: I’m not really sure why I’m calling today, but I think the Lord told me to and I’m wondering if we should have a conversation sometime soon.”

Two days later, we met at the church. We discussed the ministry of the church—specifically the worship ministry there, and at the conclusion of about forty minutes, the pastor paused and said, “I haven’t ever had this experience before, but I think God wants you to be involved in serving in the worship ministry here.”

That conversation was nearly 15 years ago. For two years following that day, I served as an apprentice of sorts, learning about the local church, shadowing a full-time Worship Minister, and working part-time as an associate in the Worship Arts Department of this flourishing church. For the past 13 years, I have served in full-time worship ministry, working in two different congregations, pursuing further education in Worship Studies, and asking God to give me eyes to see the next generation of worship ministers within my midst.

With a simple act of obedience on the part of another person and an understanding of the mandate we have to equip others for service, my life has never been the same.

Why this story matters?

The church is no stranger to the idea of raising up new generations of God’s servants. In fact, it would seem as though this is the very method God has used from the beginning to develop and further the Church on earth. Moses appointed Joshua as his successor. Elijah called upon Elisha to carry the mantle of faith and lead Israel forward after he had left this world. Paul trained and equipped countless leaders, multiplying himself and the potential impact of his ministry through faithful individuals like Barnabas, Silas, Titus, Phoebe, and of course, Timothy (just to name a few!). Jesus himself called the Twelve Disciples, imparting not only spiritual wisdom and insight to them, but also living life beside them. He knew he would not always be there and equipped them for the furthering of the gospel even after his death, resurrection, and ascension.

Further down the road of Christendom this trend of mentoring future leaders continues. John Wesley is one of many who was a product and an advocate of passing the baton of ministry to the next generation. Wesley himself was a product of intentional mentoring, including his mother Susanna and Lutheran minister and missionary Peter Böhler, who would leave Wesley in charge of the Fetter Lane Society upon Böhler’s departure of England for his missionary journey to America.

The bottom line is that throughout the history of the church we see time and time again where Paul’s words in his second letter to Timothy are heeded: “And the things you have heard me say in the presence of many witnesses, entrust to reliable people who will also be qualified to teach others,” (2 Timothy 2:2). This continues to be our charge as worship leaders and ministers today.

Whether you are in your first years of ministry or have a seasoned history of service, intentionality in identifying and mentoring those who will have ministries both beside and beyond you is critical. The following are some initial steps you might take to ensure you are seeking to fulfill your call in worship ministry while also passing along your experience, knowledge, and resources to the next generation of worship leadership within your midst:

1. Look for those with both talent and a heart for God. It’s pretty difficult not to become interested in a young person who has obvious talent. You see a teenager who has wild chops on the guitar or is able to accompany the choir before completing Junior High and you know you need to get to know them! While talent is important and often an obvious cue that this is someone with potential, make sure your radar is equally (if not more) attuned to the state of the hearts of those young people around you. Ministry is not for the faint of heart, so identifying those who seem to have a connection to and sensitivity toward God at an early age may be one of the greatest indicators that this is someone with gifts for future ministry. Often times the person who is inclined toward listening to and heeding the voice of God will be eager to develop technical skills if they have a vision for how those skills might equip them further to fulfill their call to ministry.

2. Lead beside the people you are mentoring before throwing them into the “deep end” of leading solo. Begin by asking them to be a part of teams you are leading then move them toward leading various elements of the service while you are still in the primary leadership position. Eventually allow them to move into the primary leadership roles while you become a part of their teams. Finally, entrust them to lead services on their own while you worship in the congregation. It is inevitable that these leaders in training may have some rough patches or struggles as they’re learning to lead so it is essential that you impart vision to your pastoral leadership team and your congregation about the importance of developing future church leaders. This will allow both the congregation and your leaders-in-training to understand when things aren’t done exactly as you might do them.   Follow up each of these experiences with thorough debriefing filled with words of encouragement and constructive feedback.

3. Be sure to cultivate not only the technical skills and knowledge of your leaders-in-training, but also their hearts of service and your overall relationships with them. Take time to help them learn their parts in the opening worship song, help them refine the words of the prayers they will lead, or coach them to streamline the points of the sermons they will preach; but also be sure to make time to ask them about their journeys with God. Explore with them how the work they are doing within the church is shaping their understanding of who God is and where they are seeing God at work in their midst. Additionally, make time on a regular basis to interact with your mentees in social environments where there is no talk of worship services or church events. Find out about the other aspects of their lives and be intentional to share your own life experiences and struggles with them as well.

I know I will never forget the day my phone rang and God, through another of His servants, would call me into ministry. May the fruit of your ministry come not only in the form of your own worship leadership, but also as you seek to entrust all that you have learned and experienced to reliable people who will also be qualified to teach others.