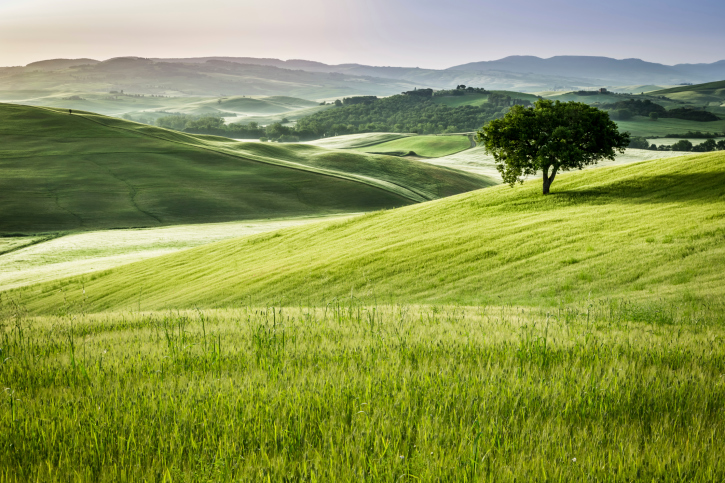 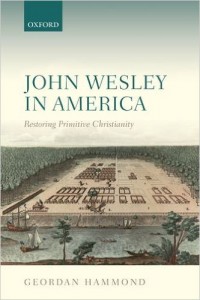 In light of Geordan Hammond’s extensively researched and fully documented John Wesley in America, Wesley scholars will have to rethink their assessment of  “the second rise of Methodism”—John Wesley’s nearly twenty-one months in Georgia, 1736–1737.

Wesley went to America intent on “restoring the primitive church in a primitive environment” (154). This is Hammond’s core thesis, stated more fully at the outset, then elaborated throughout his book, John Wesley in America: Restoring Primitive Christianity (Oxford University Press, 2014).

Hammond begins with “John Wesley’s Conception and Practice of Primitive Christianity” (Chapter 1). The four ensuing chapters deal with “Primitive Christianity on the Simmonds” (an important chapter), Wesley’s interactions with both Moravians and Lutheran Pietists, his ministry in Georgia, and finally the opposition Wesley encountered. The story is familiar; what is new is the way Hammond shows how consistently the quest for primitive Christianity was Wesley’s constant focus. Hammond elucidates Wesley’s Lutheran (not just Moravian) contacts on the Simmonds and in Georgia, something that has largely been overlooked.

The book shows how the various aspects of Wesley’s ministry in America—his liturgical exactness, his intended mission to the Indians, the much misunderstood Sophia Hopkey story—are all clarified when seen through the lens of Wesley’s passion for primitive Christianity as he then understood it. It was in the furnace of Georgia that Wesley began rethinking what “restoring the primitive church” actually meant. He pushed his highest of High Church ideals to the breaking point, then gradually reversed direction, moving toward a deeper, fuller, more transformative understanding and experience of true Christianity. By 1749 Wesley realized he had earlier pushed his “High Church zeal” to the point of violating Christian love (102).

Hammond clarifies Wesley’s early High Church trajectory, especially the influence of the Nonjurors, and highlights Wesley’s pastoral successes as well as failures. Wesley accomplished much more—for instance in developing prototypes of the later class meeting—than has generally been recognized.

In several pages toward the end of the book, Hammond  examines “The Sophia [Hopkey] Williamson Controversy in Context” (171–77) and “Wesley’s Advocacy for the Poor and Oppressed” (178–89). Quoting Alan Hayes, Hammond notes that Wesley’s “relatively liberated attitude toward women in the church was far more a factor in the opposition [Wesley encountered] than has generally been recognized” (173). Hammond concludes more generally, “Wesley was interested in encouraging people whose lives gave evidence of integrated faith and practice regardless of their gender. His advocacy for the poor and oppressed was conceived of as a manner of acting in imitation of Christ and the primitive church in defence of the marginalized. In an unstable frontier environment it had the predictable result of causing public conflicts” (189).

In terms of what Wesley called the three rises of Methodism (Oxford, Georgia, England after Aldersgate), Hammond documents that Georgia was much a success as a failure. The Georgia mission has often been deemed a failure perhaps due to interpreters’ tendency to focus on individual experience rather social Christianity and ecclesiology. Most interpreters have highlighted Wesley’s personal faith journey to the neglect of his central aim of reinstituting the early church. That Wesley went to Georgia to “save his own soul” is just half the truth; he said he went also to learn the true meaning of the gospel by preaching to the Indians. Georgia was a laboratory, not a fiasco.

Hammond concludes that Wesley “continued to believe that primitive Christianity provided a normative model to be restored. Wesley had no doubt that the doctrine, discipline, and practice of the primitive church was embodied by the Methodist movement. For Wesley, Methodism was the restoration of primitive Christianity. Though the people called Methodists were not without their faults, their basic pattern was that of the primitive church” (201–02). The brilliance of Wesley’s leadership was that he discerned how to do this at the level of foundational New Testament principles rather than trying to reinstitute “proper” liturgical practice that developed in subsequent centuries, and in typical both-and fashion, he did this within the framework of the Church of England, seeking both to renew Anglicanism and to preserve its richness.

Missiologically, here is perhaps the main takeaway. Wesley carried his High Church zeal as far as circumstances permitted. His experience in Georgia and then in the wake of Aldersgate brought him to the realization, the dynamic balance, that fueled his life and movement for the next fifty years. Since the question of the early church as normative model is a perennial one, Wesley’s trajectory on the issue is still instructive.

Geordan Hammond is an American scholar affiliated with the Church of the Nazarene. This book is his prize-winning 2008 University of Manchester doctoral thesis in revised form. He is Senior Lecturer in Church History and Wesley Studies at Nazarene Theological College, Manchester, and for the past several years has served as Director of the Manchester Wesley Research Centre and currently continues as Co-Director while preparing a critical edition of the 3,000-plus letters of George Whitefield.