The background story of the twentieth century that will be realized in the foreground of Christian history in the twenty-first is the rise of Global Christianity. Philip Jenkins described this in his watershed 2002 book, The Next Christendom, as the emergence of “Southern Christianity,” referring not to the American South, as a Christian in the United States would likely assume, but rather to the Southern hemisphere—South America, Africa, and Southeast Asia.

If the global nature of Christianity will only increase in prominence, better acquainting ourselves with brothers and sisters in Christ around the world would be a healthy response. God is Red: The Secret Story of How Christianity Survived and Flourished in Communist China, by Liao Yiwu (translated by Wenguang Huang) is a great place to begin.

“I was beginning to wonder what it was in Christianity that had driven these successful medical doctors to abandon their lucrative careers in the big cities to pursue a life filled with risks and hardships. When I asked Dr. Sun for permission to interview him, he initially declined. ‘I’ve led an ordinary life,’ he said humbly. ‘If you are interested, come with me to the mountains. You will discover extraordinary stories in the villages there.’” (p. xvi)

The author, Liao Yiwu, is a Chinese musician, poet, and writer who has long been a critic of the Chinese government. Concerned with people and groups oppressed and marginalized by the government, Liao was drawn to the story of Christianity in China through relationships with a pair of Chinese Christian doctors.

The translator’s notes provide a nice introduction to the state of Christianity in China from a macro perspective. Liao’s preface conveys his sense of wonder and appreciation for what is happening among the people of the Church in China. The three main sections are organized according to the author’s pilgrimage to meet Christians in specific locales and hear their stories. At each leg of the journey—the trip to Dali, the Yi and Miao villages, and Beijing and Chengdu—Liao collects interviews with a diverse host of believers.

The shining contribution of the book is the reader’s encounter with the inspiring and harrowing stories of the Chinese Christians Liao meets in his travels. Though God is Red arises from one man’s personal journey, Liao displays a wonderful ability to keep the lives and stories of his interview subjects the focus of the book. Liao’s narrative remains subservient to his primary concern, engaging the reader in order to carry us along for the discovery of the “extraordinary stories” promised.

Of the many stories that could be highlighted, one with striking perspective comes from a man named Wang Zisheng who endured intense trials, including four months of solitary confinement during an imprisonment for his faith. His father, killed during the Cultural Revolution, is honored at Westminster Abbey in London on a monument recognizing ten Christian martyrs of the twentieth century. Yet when asked if he felt bitter about the past, he simply replied,

“No, I don’t feel bitter. As Christians, we forgive the sinner and move on to the future. We are grateful for what we have today… In our society today, people’s minds are entangled and chaotic. They need the words of the gospel now more than at any other time.” (pp. 115-6)

In an interview with Dr. Sun, Liao questions why faith would be an obstacle to the career of someone with such excellent experience and pedigree. Sun’s response indicates his sense of justice and seeking the good of others. The problem is one of conscious due to pressure to prescribe the most expensive medicines to patients, even if a lesser expensive medicine would address the issue as well or better.

“As a Christian, I have to tell my patients the truth. I cannot lie to get more money out of them.”

Following experiences like these, Dr. Sun discovered an opportunity to become an itinerant doctor for poorer rural areas as a way to serve Christ. This is but one example of the sensitivity to avoid consumerism and greed resulting in lives that embrace humble means for the sake of living out the gospel.

There are many more such gems to inspire, convict, and challenge in the pages of God is Red.

“They believed that faith was a valuable gift, and they wanted to share this spiritual awakening with a guest.” (p. 78)

Preachers and teachers of the faith are always on the hunt for good stories, and God is Red has them in ample supply. But more than providing illustrative material for a sermon or bible study, the first-hand accounts offered here should invigorate the personal walk of the reader. Overhearing the conversations between Liao and his interviewees can be a spiritually formative experience, guiding the reader into self-reflection, humility, wonder and prayer.

“Consider it pure joy, my brothers and sisters, whenever you face trials of many kinds, because you know that the testing of your faith produces perseverance,” writes James (1:2-3 NIV). The exhortations in the New Testament concerning suffering are heard differently alongside testimony of Christians under persecution. The witness of these Christians forces us to wonder: Would I faithfully withstand the sufferings and trials witnessed in the stories of these Chinese Christians?

The author’s admiration for the Christians in China is clear, as is his appreciation for the difference their faith has made in their lives. God is Red bears witness to Christians who demonstrate true treasuring of Jesus in the midst of adverse circumstances. May their witness gain a wide hearing. 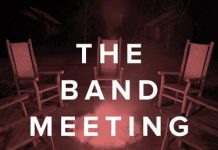 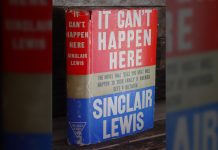 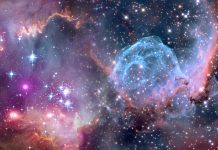 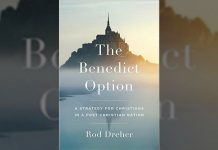 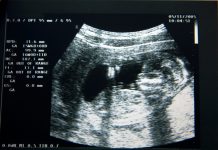