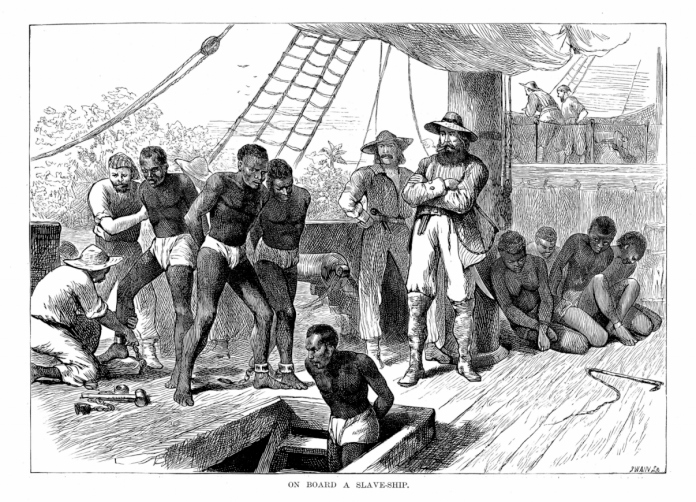 Are we getting the Bible wrong on homosexuality?

Over the past few decades, some Christians have begun to compare the legitimization of homosexuality and the legalization of same sex marriage with earlier struggles in our society over slavery or the status and role of women in the church and society. One of the more recent examples of this argument can be found in an article published in the Washington Post by Adam Hamilton, the well known and influential senior pastor of the United Methodist Church of the Resurrection.

The underlying assumption is that just as people used the Bible to resist the abolition of slavery in the 19th century or the advent of women’s rights in the 20th century, so we are on “the wrong side of history” if we do not, likewise, realize the same thing is happening with respect to the way the Bible is being interpreted as relates to homosexuality. After all, the argument goes, opposition to homosexuality and same sex marriage is passing away, and before too many more years we will all be shocked – and even embarrassed – that we opposed it. Whatever biblical affirmations one may find concerning slavery or prohibitions concerning women or homosexual behavior are therefore (it is argued) culturally bound and should be set aside for a more enlightened and inclusive view. However, I am not convinced these three categories are as comparable as the argument implies. Certainly, we would all agree this is one argument we cannot afford to get wrong, and therefore deserves greater scrutiny.

Before proceeding, I want to acknowledge that this is an exceedingly complex issue and one best processed in respectful dialogue. I want to avoid careless approaches to homosexuality which serve to depersonalize it as a mere “issue.” For purposes of this short post, I want to specifically address the argument at hand concerning the comparison of the biblical treatment of homosexual behavior with the way the Bible treats the institution of slavery and the role and status of women. My intention in writing is to resource the body of Christ to think clearly, biblically and charitably about this most controversial subject.

Like all new proposals, this one must be approached through a careful study of Scripture. One such study has been the detailed case laid out by William Webb in his book, Slaves, Women and Homosexuals: Exploring the Hermeneutics of Cultural Analysis. He has compellingly demonstrated the exegetical problems when easy comparisons are made between slaves, women and homosexuals in the Bible. The redemptive trajectory of the Bible on behalf of women and slaves is quite powerful. No such case can be made for homosexual behavior. An ad hominem argument against those who support the traditional views of human sexuality and marriage as “unloving” does not take the place of a carefully reasoned argument from Scripture. The case to legitimize homosexual behavior by comparing it with the biblical treatment of slavery and the status of women must be painstakingly demonstrated. To simply state that the correlation is there does not make it so.

The Bible on Slavery

Let’s take slavery as an example. The Old Testament begins a long, redemptive process which ultimately overturns the institution of slavery. It begins with establishing a Sabbath day rest for slaves (Ex. 23:12), release of slaves in the seventh year (Lev. 25:39-43), provision for slaves upon release (Deut. 15:12-18) and capital punishment for slave traders (Deut. 24:7). This redemptive movement culminates in the New Testament where Paul pleads with Philemon to release Onesimus from slavery and relate to him on the basis of Christian brotherhood. While some claim the household codes in Paul’s epistles affirm slavery, the reality is that these household codes actually served to protect slaves from human cruelty. The clear trajectory of Scripture is moving away from the practices of slavery and toward freedom.

The Bible on Women

A similar case can be made for the role and status of women in church and society. In the ancient world women had few rights, were frequently exploited and were regarded as property or part of the spoils of war. In cases of adultery, women were penalized more severely than men, and in cases of infertility, it was assumed to be the “problem” of the female. However, in the midst of such a world, the Scriptures begin a process of liberation and cultural transformation. Certain women, like Deborah, Huldah, Priscilla and Junias (Judges 4; 2 Kings 22:14-20; Acts 18:26; Romans 16:7) are lifted up to important positions of leadership. Women are permitted to inherit property (Num. 27:5-8; 31:1-9), purchase land (Prov. 31:16), have their rights protected (Deut. 21:15-17), and engage in public commerce (Prov. 31:24). By the New Testament, Jesus has female disciples (Matt. 27:55, 56; Luke 8:1-3); he protects and defends a woman from capital punishment (John 8:1-11) and grants dignity to many women throughout his ministry by engaging in serious conversations about major matters (John 4:1-30; Matthew 15:21-28; Luke 10:38-42). Despite the prevailing notion in the first century that a woman’s testimony was not to be trusted, they were, in fact, the very first to witness and proclaim the resurrection of Jesus Christ (Matthew 28:1-10, Luke 24:1-11). Women are not to be regarded as mere property or as sexual objects, but rather as persons of sacred worth, created in the image of God. (Lev. 19:29; 21:9; Deut. 23:17, 18; I Cor. 6:15-20).

The Bible and Homosexuality

However – and this is the crucial point – no such redemptive movement occurs around the issue of homosexuality. Homosexual behavior, along with a whole range of other sexual sins, is consistently condemned in the Bible. Take time to read Genesis 19:1-11 and Leviticus 18:22 and Leviticus 20:13 and Judges 19:11-24 and Romans 1:18-32 and I Corinthians 6:9-11 and I Timothy 1:8-10 and Jude 7. There is no movement toward relaxing the biblical prohibition against homosexual behavior. In fact, these texts push hard in the other direction. The assumed analogy between slavery, women and homosexual conduct is simply not there. In both covenants, homosexual behavior is regarded as sin. Just to be clear, these texts are referring to homosexual behavior, not homosexual persons, who like all people, are the objects of God’s grace and love.

We can expect for this argument from analogy to become louder and louder in the days to come. On the surface it seems so plausible. As a result, we must be prepared to enter dialogue with gentleness and humility while respectfully taking this argument to task with sound biblical analysis.

The Scriptures embrace a vision of sexuality which refuses to relinquish the unitive and reproductive vision of human sexuality and marriage. We will likely have to exercise great patience and courage, and be willing to wait many decades before this struggle can be resolved. We hear quite a bit of talk about being on the “right side of history.” However, for a Christian, the “right side” of history is often not revealed for centuries.

The Call to Faithfulness

Finally, we must also realize that our calling is not to “win” the argument, but rather to remain faithful to the Word of God and true to God’s character through the empowering love of the Holy Spirit.