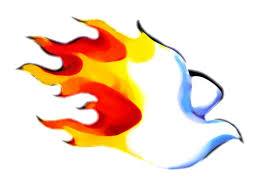 “God works in a mysterious way, his wonders to perform,” said William Cowper in 1774.

I fully agree. One of those mysterious ways is providence (a big theme in John Wesley, about which I’ve written). Another is signs and wonders (which I’m writing about now. Wesley did, too).

Last month a good friend sent me “a brief manuscript” (actually over 9,000 words): “Thunderstruck: John Wesley and the (com)motion of revival,” by Steve Beard. Steve wrote this more than twenty years ago in the wake of the controversial 1994 Toronto Airport Vineyard revival which British newspapers quickly dubbed “The Toronto Blessing.”

The stirrings in Toronto had quite an impact here in Wilmore, Kentucky, where Steve Beard was editing Good News magazine. In 1996 Steve published a small book, Thunderstruck: John Wesley and the “Toronto Blessing” (32 pp. Now available on Amazon for just $859.82! Talk about “signs and wonders.”)

The paper I just read was an early draft of the book. My friend wanted my take on Steve’s views, given my interest in historical renewal movements and in Wesley, and given fresh stirrings of the Spirit today. I had not previously read “Thunderstruck,” so I welcomed the opportunity to consider it.

Beard writes early in his essay, “Supernatural phenomena such as visions, healings, deliverance from demonic strongholds, and plenty of commotion marked Wesley’s ministry. Within particular seasons throughout his entire life, he saw people weeping, violently shaking, crying out, losing consciousness, falling down, and occasionally becoming uncontrollably agitated during his meetings.”

Here are a few comments on the phenomena of “signs and wonders,” and in particular on unusual “manifestations” that often accompany revival and renewal movements. This is my reflection on Steve Beard’s well-researched essay.

I agree generally with Steve Beard’s assessment. I merely add some nuancing and perhaps clarification.

1. It is clear throughout Scripture that God at times uses “signs and wonders” to confirm or draw added attention to his work, or to confound skeptics (Mk 16:20, 1 Cor 2:4, Heb 2:3-4, for example. There are many other references in both Testaments). The phenomena we are discussing should be seen in this light.

2. By definition, the kinds of physical/emotional manifestations that Beard documents are exceptional, not general, or the norm.

That these manifestations are exceptional is precisely what makes them notable. They are more general or “normal” at certain times and in certain contexts. It would be unbiblical to see them as “standard,” or always to be expected.

3. There should be no exaggerated focus on or particular fascination with such manifestations. Rather, discerning acceptance and appreciation. No extra publicity or any attempt to exploit. The danger of an unholy contagion is always present.

4. Leaders should carefully guard against any form of manipulation (overt or covert; intentional or subconscious) intended to produce, encourage, or promote such manifestations. Any form of manipulation or promotion moves the focus off-center (eccentric) and runs the risk of counterfeits (psychological or demonic). It is better to be passive than proactive. Leave the initiative to the Spirit.

5. Such manifestations often occur in the early or first stages or new frontiers in evangelization or in God’s reviving work. This has been documented throughout history and in a wide range of cultural contexts. In such early stages, “power encounters” are often most intense. These phenomena were common in the early days of Free Methodism, incidentally—especially people being “slain in the Spirit.”

6. Relatedly, these manifestations seem to occur most commonly among sinners/seekers. Particularly people who feel conviction of sin. Not exclusively so, however.

7. I suspect such manifestations are more likely to occur in persons who have been oppressed or restricted, and perhaps those who are less educated. For example (often, in some contexts) the poor, women, those who are abused or imprisoned or in other ways stressed or repressed. This is in no way a putdown of such people or experiences. I would want to avoid any stereotyping or elitism. I am speaking merely descriptively.

8. As Wesley emphasized, such phenomena are to be assessed mainly by their fruit—the fruit of the Spirit. Fruit may not be immediate, or immediately evident. Thus leaders guard against Satan’s counterfeits.

Relatedly, the variety and intensity of such experiences may differ a lot. Probably there is a spectrum here. Contextual, cultural, and personality factors may all enter in.

Consider John Wesley himself. His “heart warmed” was a subdued but persuasive manifestation of the Spirit. Temperamentally he was not usually emotionally demonstrative or impulsive, in contrast to brother Charles.

10. The Spirit and the Word are always in harmony. An authentic manifestation of the Spirit is in some sense an experience of the Holy Trinity. This is always consistent with the written Word of Scripture. Over time God’s Spirit may use such experiences to guide the church (not isolated individuals) into a broader understanding of biblical truth. I think this happened in the twentieth century with regard to spiritual gifts.

Certainly doctrine should never be based on such experiences. As Wesley constantly said, “To the Word and the Testimony!”

11. Where such manifestations occur, wise, seasoned, and preferably shared leadership is crucial. Wesley is one of the best examples in church history. Evan Roberts in the Welsh Revival (1904-05) is one of the worst. Though he was sincere and gifted, he was young, inexperienced, and lacked a mature mentor. Count Zinzendorf of the Moravians was fairly wise, but with lapses; at one point he permitted emotional manifestations and strange behavior at Herrnhut which he later recognized as excessive.

12. We should accept the full range or spectrum of human personality and culture—which is to say we should expect considerable variation, not thinking everyone or every church should experience the same or even similar phenomena.

Consider the Myers-Briggs Personality Inventory. Some of the four key pairings (e.g., thinking–feeling, introvert–extrovert) could be relevant here. They could be helpful in teaching or dealing pastorally with people who may question why their experiences (or lack thereof) are different from others’.

13. The physical arrangement of space can play a role. For example, size and temperature of the room; number or proximity of people. Or in outdoor meetings, weather, terrain, and how crowded together people may be.

One hundred people in a room that seats 100 will likely have quite different experiences from 100 people in a large space that seats hundreds or thousands. Music, including beat and level of sound amplification (too much; too little), play roles. People who deal with human behavior are very much aware of crowd psychology. The Nazis used it very effectively.

14. In this connection, we might well consider the legitimate role of liturgical structure. The structure and order provided by established liturgical practices can serve as a counterbalance to emotional excess, at the same time providing more avenues (broader spectra) for the legitimate experiencing of God’s presence.

Most of these observations are on the side of caution. But I am not attempting to “explain away” unusual manifestations. Caution is always appropriate. We are dealing with energies we don’t fully understand. But I stress this: Always we must be open to the moving and potential surprises of the Holy Spirit and Jesus’ real presence among us.

Blind unbelief is sure to err
And scan His work in vain;
God is His own interpreter,
And He will make it plain.

(You might want to check out my chapter on spiritual gifts in the new edition of The Problem of Wineskins (Seedbed Publishing.)