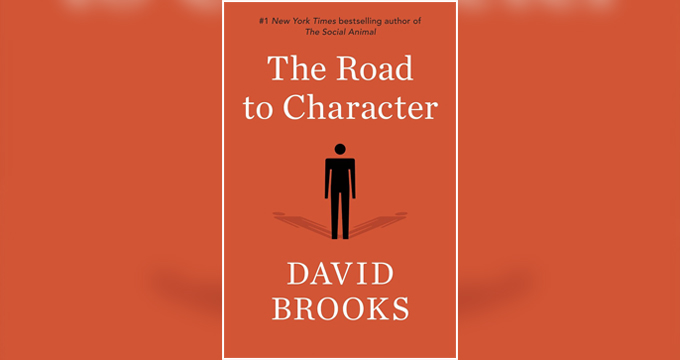 “The Moral Bucket List,” David Brooks’ April 11 Sunday Op-Ed accompanying the release of his recent book, The Road to Character (Random House 2015), introduced a personal conundrum to the broader readership of The New York Times. While he admired and appreciated persons who “radiate an inner light,” he lamented his own lack of that sort of “depth of character.”

Regular readers of Mr. Brooks’ columns (I am one) were not surprised by this admission. His columns have taken a more introspective turn in the past few years, warmly examining persons committed to a rich inner life.

Mr. Brooks is concerned that our modern American society is more interested with self-image than with character development, sharing his default focus upon the resume virtues. Thoughtful Christians will find this lament easy to share. It is refreshing to read a prominent New York Times columnist with such yearnings who shares a positive appreciation of the biblical tradition. This bedrock appreciation is woven throughout The Road to Character, whether in portraits of professed Christians such as Dorothy Day and Saint Augustine, or of cultural luminaries who departed from the faith, such as George Eliot and A. Philip Randolph. For each of these and more, Mr. Brooks provides a sketch of their lives and a running reflection on lessons learned for anyone interested in traveling the road to which his title points.

The Road to Character is, in many ways, a real gift to a preacher or teacher. Mr. Brooks wonderfully profiles numerous interesting figures worthy of study and reflection. The book is filled with thought-provoking quotations from his subjects, and his articulation of our culture’s near disappearance of a meaningful moral and spiritual vocabulary is spot on, as are so many of the moral themes he highlights in each chapter.

It is, however, an incomplete account. In his concluding “Humility Code,” he makes many assertions with which we would agree, such as “We don’t live for happiness, we live for holiness,” and “We are all ultimately saved by grace.” Amen! These and myriad other statements demonstrate how deeply Mr. Brooks has engaged the Judeo-Christian biblical tradition.

But in reading the profiles, Paul’s instructions to the Philippian church kept returning to my mind: “continue to work out your salvation with fear and trembling, for it is God who works in you to will and to act in order to fulfill his good purpose” (2:12b-13 NIV). Mr. Brooks does often acknowledge the need for a power beyond ourselves in cultivating a life of character. Yet while he engages the biblical tradition deeply, even to the point of noting that many of his irreligious exemplars of character were nonetheless building upon the spiritual foundation laid by parents or mentors, The Road to Character remains agnostic about the necessity of God for this moral quest.

We decry the self-justification projects of our culture. The Road to Character commits itself to a higher vision of sanctification, yet with the same humanistic pitfall. Mr. Brooks seems, rightly, to enjoin us to “continue to work out [our] salvation with fear and trembling” (my use of Paul’s words, not his). But for those of us who proclaim the Christian gospel, grace and the working of God must infuse the whole project, such that we lash Paul’s instructions to the divine promise that substantiates it: “for it is God who works in you.”

Read and enjoy The Road to Character. Anyone concerned about our spiritual and moral poverty, and the disappearing shared cultural vocabulary with which to address it will applaud Mr. Brooks’ rich, thoughtful work here. Then rejoice and proclaim Christ, whose death and resurrection make possible not only the reconciliation of our relationship with God but also the restoration of our character that Mr. Brooks and no doubt others in our culture are longing for. What a splendid invitation.