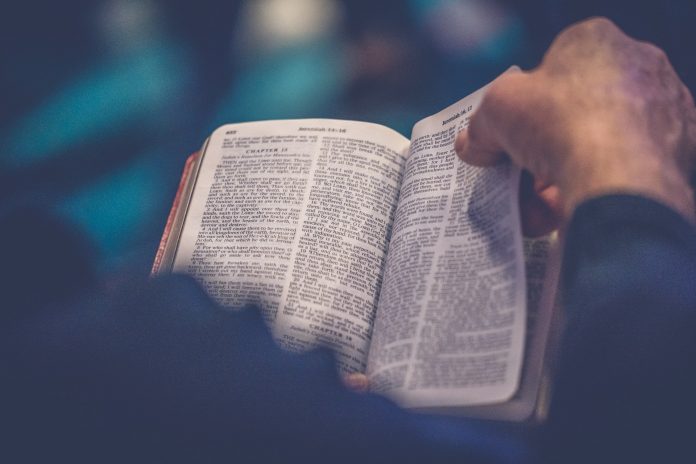 At thirty-one, Augustine was already the professor of rhetoric in the great court in Milan, a very prestigious position. He was highly respected and had a promising career ahead of him. But at that particular point, he was living in agony because the intellectual world he had occupied was collapsing. Augustine had spent the previous eight years engulfed in a movement called Manichaeism. It was an intellectually stimulating movement, but had a low regard for the human body. This hindered the movement’s ability to make scientific advances (which require that we trust our senses). On top of this, and precisely because this movement had a low view of the body, Augustine had given himself over to all kinds of licentiousness and sensual pleasure. By his own account he was involved in orgies, drunkenness, and other illicit sexual behavior.

By the time the year 386 dawned, Augustine had left Manichaeism and had become attracted to the truths of Christianity. But, because he was in bondage to his sensual and sexual pleasures, he was in agony. He went out behind his house and into a garden where he could sit in the grass under a tree. As he sat there, he became very agitated and began to pull his hair out and swing his arms around. He finally got up and went over to a fig tree and fell down on his knees, weeping uncontrollably. In his confessions, he said that he began to cry out the words of Psalm 13: “How long, Lord?”

Have you ever uttered that prayer? Perhaps you have prayed earnestly for an intervention from God. Well, Augustine prayed like that and he received an unusual answer. As he cried out to the Lord, he heard a little voice, like a child’s sing-song voice. He later said, “I don’t know if it was a boy or a girl. It was clearly children.” And they were singing this little phrase, “Tolle lege, tolle lege.” Tolle lege is Latin for “Take up and read.”

This is one of the most important moments of divine intervention in the history of the church. When Augustine heard that, he did not think about the Ethiopian eunuch who had once taken up and read the scroll of Isaiah. Instead, Augustine remembered another famous Christian from Africa known as St. Antony of the desert. Saint Antony is widely regarded as the father of monasticism and was highly revered from the fourth century until today. Saint Antony died when Augustine was only two years old, but as an Algerian, Augustine revered the desert fathers, of whom Antony was the first. In that divine moment in the garden, Augustine remembered that time when Antony had gone through his own excruciating pain and opened the Bible in a moment of crisis. He had fallen upon that text, which said what he needed to hear, “Go, sell your possessions and give to the poor . . . follow me” (Matt. 19:21). Antony had gone out, and one of the great chapters in church history was begun, the start of the monastic movement, which brought together believers under a common rule of life. The most well-known rule of life is known as the Rule of Saint Benedict, which continues in many monastic orders until the present day.

We sometimes use the expression “jumping off the page at you.” This text seemed to jump off the page at Augustine, just the way it happened to Antony, and as it happened with the Ethiopian eunuch. Augustine realized the huge gap between his life and the holiness of God. This is the second great stream of the Holy Spirit’s work in the life of the church: he makes us holy. Augustine was bound in sin and needed to be set free for holy living. This is why conversion cannot be separated from holiness, because this separates the second person of the Trinity from the third person of the Trinity. We are forgiven through the power of Christ, but we are sanctified and made holy by the power of the Spirit. 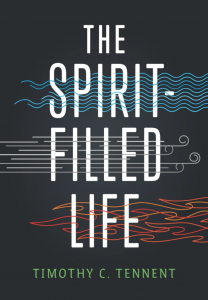 Did you enjoy this entry? It is part of a book by Timothy Tennent titled, The Spirit-Filled Life. In its pages, Tennent studies acts of the Spirit in the Old and New Testament, historic conversion stories, as well as modern examples from around the world, exploring the three great channels through which the Holy Spirit works in our lives:

Are you ready to be filled with the Holy Spirit? Pentecost wasn’t just a one-time event but is an ongoing process—the knot that ties the church to its holy, empowered mission in the world.

Are you looking for the fire of God to fall upon your life? Be ready. You, too, can be filled with the Holy Spirit, and it will change your life and the life of your church forever.

[WATCH] What Happened at Pentecost Must Always Happen in the Church by Steve Seamands; [WATCH] The Meaning of Acts 2 and Pentecost by Craig Keener; [WATCH] John Wesley and Spirit Baptism by Laurence Wood.