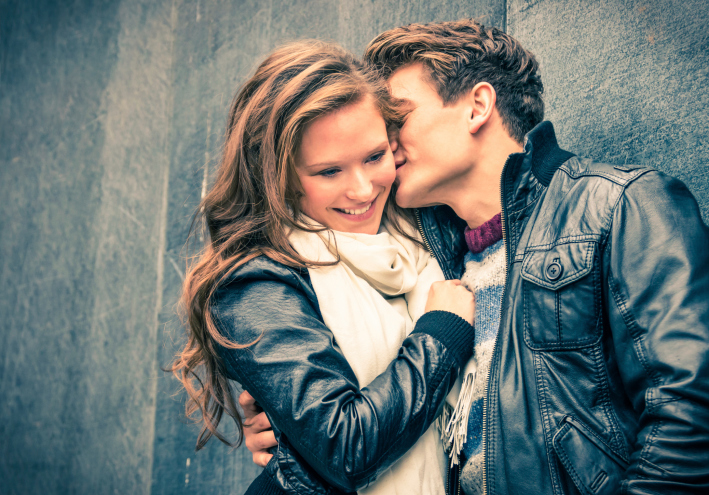 It is no accident that the terms holiness and sanctification often appear closely associated with sex; both sanctification and sex deal with the deep inner drives of a human being. Paul connected the two in his letter to the Thessalonians by making sexual purity a prime example of what it means to be sanctified (1 Thess. 4:3). It’s no wonder. The ancient world may have been even more sex-crazed than our world. Sex is a good test case for trying out the doctrine of holiness and discovering what we believe about sanctification. Consider the story of Josh.

Josh (not his real name) has been married to Julie for a decade. Their friends think Josh and Julie have a fairly solid marriage. That is, all their friends except Carl. Carl is Josh’s best friend and accountability partner. The two of them meet monthly at a fast food joint to eat breakfast and hold each other accountable. Last month Carl had the wind knocked out of him when Josh confessed he had been cheating on Julie for several years. Carl was angry at first and berated Josh for his unfaithfulness and dishonesty by never confessing this in accountability meetings. Josh’s eyes gathered tears as he listened, and then he pleaded, “I already feel terrible about this, but I want this woman too—I want both women. I’ve tried to stop this a hundred times, but I just can’t stop.” Josh continued, “Is there is any hope for me? I want to be faithful, yet at the same time, I just can’t break off this relationship. I don’t even want to.”  What would you tell Josh? Doctrine can be examined as impersonal statements or argued and debated like philosophy. But a good test of any doctrine is how it plays out in real life. Let’s examine how the various approaches to holiness would practically apply to Josh’s sin. Ask yourself which answer you lean toward in this real life test of the doctrine of holiness.

“Josh this is sin, but you’re already forgiven of it. Christ died on the cross to forgive all your sins—past, present, and future. When you were saved, God wiped away your adultery before you ever committed it. Face it. We all sin every day, in thought, word, and deed. For you, as a Christian, your sins are gone. God cannot see your sin, for they were all removed as far as the east is from the west more than two thousand years ago on the cross. Your adultery was forgiven long ago when you trusted Christ, along with any sin you will ever commit in the future. You can’t stop sinning because you’re a sinner and saint at the same time. Saint Paul himself said he was the chief of sinners. You don’t expect to do better than Saint Paul, do you? When you commit adultery, your sin simply shows the true state of your sinful nature.We are rotten to the core.Your sin should remind you of the absolute purity of Christ.

Keep your eyes on Christ, for you are clothed with his righteousness. God can’t see your sin. When He looks at you, He sees only Jesus. Christians aren’t perfect—just forgiven. You can’t overcome sin on earth, since holiness only comes in heaven. After all, you’re human. Your job is to ‘plead the blood’ when you sin like this and rejoice in the forgiveness you already have.”

“Josh, what you have done is wrong, but you can eventually quit cheating on Julie. All Christians sin, and all sin is equal before God. If you break one part of the law, you’re guilty of breaking the entire law. So you commit adultery, but I gossip, and other Christians cheat on their income taxes.We’re all sinners and one sin is just as bad as any another. So join the rest of us recovering sinners, and we’ll help each other overcome sin gradually. The church is not a collection of perfect people. We’re a hospital for sinners who are trying to get well. As a fellow Christian, I will help you gradually overcome adultery. You might commit adultery many times for many more years, but you can reduce the frequency of unfaithfulness until at last you will have stopped altogether. When we get together, you should confess to the adultery you committed since we last met and we’ll practice spiritual breathing—you breathe out your confession of adultery and then breathe in a fresh presence of the Holy Spirit. And, after time—maybe even a long time—you can eventually become fully faithful to your wife again. These things just take time.”

“I understand how powerful this temptation is, but Josh, you don’t have to act on these urges. You can have victory over acts of sin. You have powerful desires for this other woman, and you might have them the rest of your life. But you don’t have to act on the desire. You can live victoriously. You might be an adulterer in your heart, and your mind may be powerfully attracted to this woman, but you can become a non-practicing adulterer—wanting to, but never acting on your desire. This is the victory God has for you. God can give you power even today to turn away from this woman and never go back again. You may still love her. You may still want her. But you do not have to act on these urges. Nobody must sin. It is possible to resist anything the Bible calls sin. Living above any particular sin is possible. You can leave here today by God’s power and never again cheat on your wife, even though you might still want to. Ask God today to give you the power to stop acting on your lustful desires.”

Or, could you go this far?

“Josh, what you’re doing is sin and you must stop. Go and sin no more, never again! God is offering you the power to cease your adultery. God will not let you be tempted above what you’re able to resist. You’re tempted to commit adultery with this woman, so you know God has already given you the power to resist that temptation. Draw on that power and stop . . . now! But there’s more, Josh. God can work in your heart to change your inclination. God can deliver you! God can take away your lustful desire for this other woman. He can do this! God can fill you with love for Himself and for Julie so that you won’t even want to have sex with this other woman ever again. God not only can free you from the act of adultery, but He can free you from wanting to commit adultery. He can do this—start seeking this work from God today!”

Which is Your Response?

When doctrine plays out in real life, we often discover our real position, no matter what we say we believe. The fourth approach is the one this book represents. It’s optimistic about God’s power in the life of a believer and teaches that, not only can a Christian have victory over the acts of sin, but we can even be delivered from wanting to sin.

Doctrine can be examined as impersonal statements or argued and debated like philosophy. But a good test of any doctrine is how it plays out in real life.

We could have used any sin in this test of theology—lying, rage, bitterness, racism, or homosexuality. However, by using adultery, we remind ourselves of an astonishing truth: some wives believe they themselves can so enrapture a man that he will be delivered from all desire for another woman. If a woman alone might do this—how much more could God do it?

It’s the power of love.We think that if a man can love his wife fully, he can be fully faithful to her—even in his thoughts. Is this not also true of God? If we could love God fully, can’t we be fully faithful to Him—even in our thoughts and desires? Only God is the source of such love. Holiness is being filled with love that results in full devotion and thus, full fidelity.

Of course, we’re dealing with a single instance of sin in the story above. The optimistic message of “holiness for ordinary people” is that we don’t have to cheat on God in action or thoughts. We can be completely and fully enraptured by God, so much that we’re never unfaithful again—even in our thoughts and desires. If this kind of love is possible among a married couple, why is it not possible between us and God?

It is possible. Our love for God can be perfected—not by trying, but by receiving God’s filling. The Holy Spirit loves the Father and the Son completely and fully.When God fills us with his Holy Spirit, we can become fully and completely in love with God and others. Infidelity to such a person is unthinkable—not because we’re fighting so successfully against sin, but because we love so completely. This kind of love can only come from God, for God is love.