What the Trinity Has to Do with Christmas - Seedbed
close
Menu 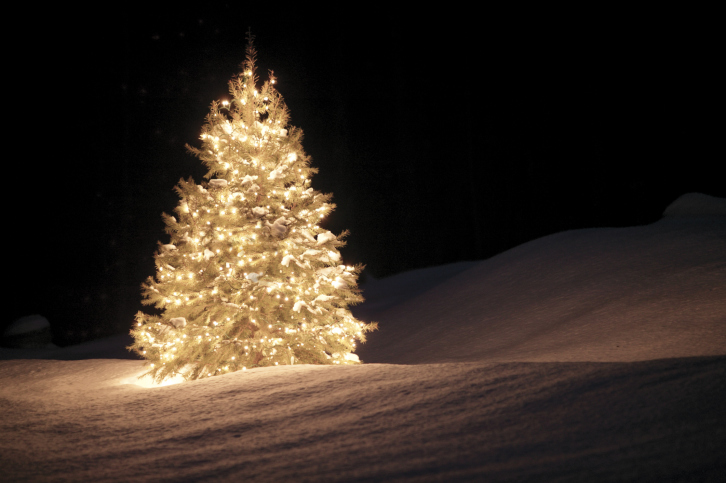 Jesus did not die for us, nor was his death an expression of love for us. It is infinitely better than that. In fact, it is as good as Christmas.

The Spirit descends from the Father in his approval of the Son at his baptism: “This is my Beloved Son, in whom I am well pleased.”

The Spirit ascends from the Son in his approval of the Father at his death: “Father, into your hands I commend my spirit.”

The logic of the cross is not: God stopped loving Jesus for a moment so that he could love me forever. In fact, the cross is not what the Father did to the Son but what the Son did for the Father—on our behalf. It was not a form of oppression from God, making God no different from Caiaphas and Pilate and Judas and the rest of us, but the demonstration of God’s freedom to love humans despite humanity’s utter rejection of his love: “Crucify him! Crucify him!” “We have no king but Caesar!” “Father forgive them, for they know not what they do.”

The motion of the Father toward the Son by the Spirit and the motion of the Son toward the Father by the Spirit which the gospel reveals is nothing less than a window into the eternal subsistence of God-as-Love, the historical event of our salvation which reveals, by way of analogy, the eternal event of the triune God who saves us. The world becomes the stage on which we behold something like a single dramatic rotation of the divine exchange in trinitarian love, an exchange which is in truth always perfectly and simultaneously identical: the infinite extension of “oneself” toward the infinite reciprocity of the “another”; not the Son’s turning from the Father to the world but his continual turning to the Father through the world; not a departure from what he had done up to that point but the culmination of all he had ever done—simply one thing: “Sacrifices and burnt offerings you have not desired, but a body you have prepared for me; behold, I have come to do your will (Heb. 10).

And it is our forgiveness precisely because it is done on our behalf. The Son takes his disciples to Gethsemane, but the Son prays alone. Everything that follows appears to be the triumph of the will to power, but Jesus stays the hand of Peter and the hands of 10,000 angels. And thus the world’s greatest will to rebel is undermined by God’s greater will to forgive: Judas betrays the Son with a kiss, and the Son remains faithful to his Father on Judas’ behalf; Peter denies the Son three times, and the cock crows as Jesus proceeds cross-ward on Peter’s behalf; the soldiers crucify the Son, and soldiers are the first to see what God does for the Son on their behalf.

The life of God is the infinite freedom of love existing in divine personhood and in Christ we are caught up in that very life by the Spirit: “…that they may all be one, just as you, Father, are in me, and I in you, that they also may be in us…I made known to them your name, and I will continue to make it known, that the love with which you have loved me may be in them, and I in them.” (Jn. 17). In Christ, we live within the freedom of triune love that surpasses our loveless-ness, in the way infinity surpasses six feet tall, so that we are part of the unbroken motion of a trust and entrusting that knows no horizons, the eternal harmony of three notes that refuse to be anything other than one chord, three voices that refuse to ever sing alone, three choices that refuse not to choose the other, three wills that remain one by singing the eternal refrain: “Not mine but yours.” And indeed, the Son sings it with a human voice. We just need to work on our harmony.

It is therefore a distortion to say that Christ demonstrates his love for humanity by doing something for the leper and that prostitute, and then especially by dying for all, as though the divine life is subject to the ebbs and flows of love that exists on earth among cloudy men in the way that rays of light exist on earth among cloudy skies. Rather, God demonstrates his love for humanity by his participation in humanity. The only way that which is pure love and nothing else could do anything other than love is by withdrawing Himself. Indeed, hell is godlessness in its most proper sense. Hell is quite simply God honoring the infinite gift of human freedom to reject the infinite gift of Christmas.

Christmas means: God is for us what we cannot be for Him. The gift is indeed: for us!

“Behold, the virgin shall conceive and bear a son, and they shall call his name Immanuel, which means, God with us” (Mt. 1:23).

Download 12 Days of Christmas Sermons FREE in our store.