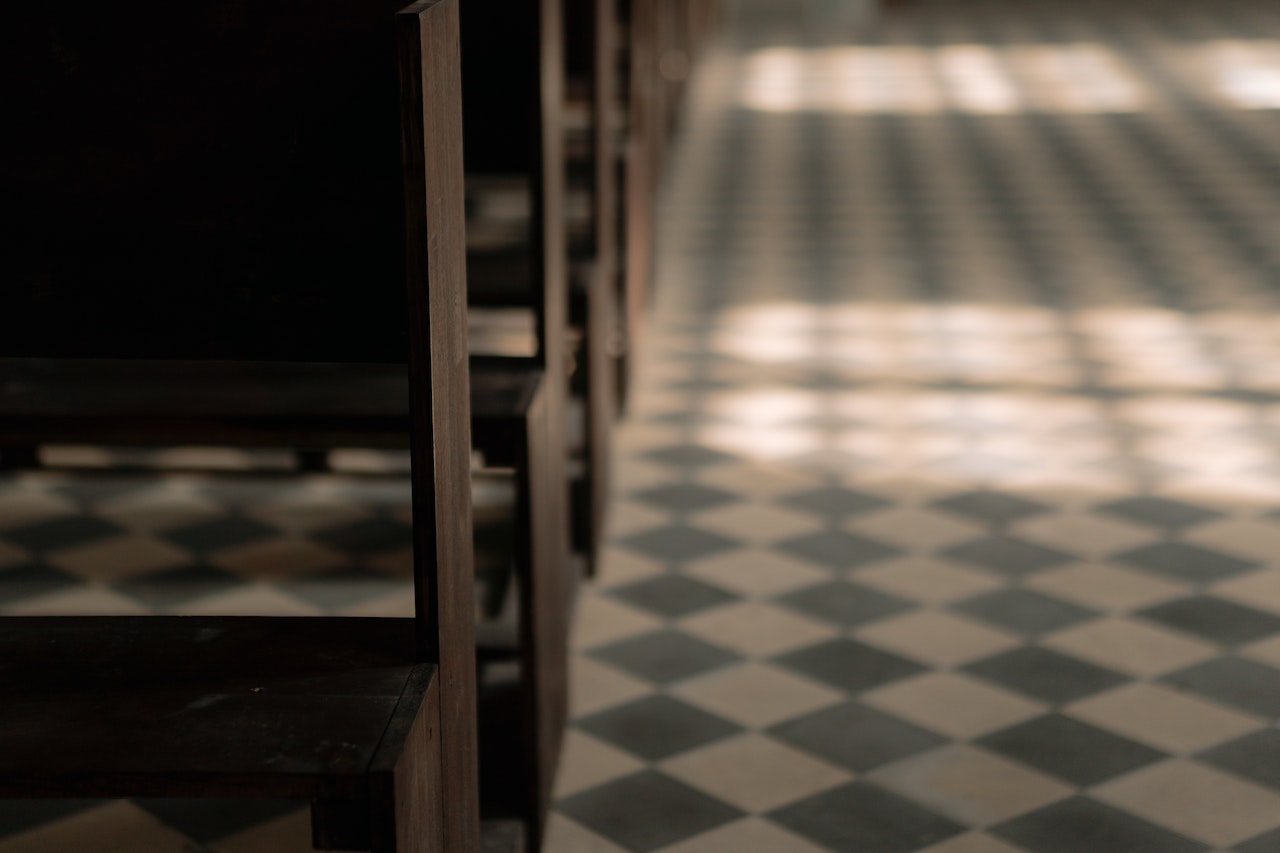 At the local church that I pastor, in my conversation with newcomers who are questioning what they believe about female leadership, I’ve noticed this: They don’t want to hear the actual biblical arguments on female leadership as much as they want to hear that I know what’s in the Bible. They want to know I’ve found my own peace and even confidence in my interpretation of Scripture. They trust my opinion, but they need to hear me articulate it.

There are some who will remain skeptical even if they continue to tolerate my place as their pastor, but most just need a little reassurance. Most of the time, it isn’t the explanation that convinces them but the Holy Spirit. This is not to say I don’t believe in having good theology. On the contrary, I’m convinced that what you believe matters. Theology is important.

Most folks center the debate about women in church leadership around two New Testament passages written by Paul to the early church—1 Corinthians 14:34–36 and 1 Timothy 2:12:

Women should remain silent in the churches. They are not allowed to speak, but must be in submission, as the law says. If they want to inquire about something, they should ask their own husbands at home; for it is disgraceful for a woman to speak in the church. Or did the word of God originate with you? Or are you the only people it has reached? (1 Cor. 14:34–36) [on this passage, read this article]

I do not permit a woman to teach or to assume authority over a man; she must be quiet. (1 Tim. 2:12) [on this passage, watch this video]

Far better academics than I have written extensively on these passages, so I won’t spend time here exegeting them, but there are common exegetical choices and decisions interpreters make. These passages must be taken within the context of the overall message of the Bible. They must be read through the lens of Deborah’s story (Judg. 4–5) and through the lens of Mary’s charge (John 20:18); through the lens of Galatians 3:28 (“there is neither Jew nor Gentile, neither slave nor free, nor is there male and female”) and the stories of Phoebe, Priscilla, Tryphena, Tryphosa, and the great host of women who co-­labored in the gospel with Paul (Rom. 16). God has not called all women into vocational, pastoral leadership (nor has he called all men into ministry leadership), but he has surely called us all to serve the kingdom in the ways we are gifted. That women were mentioned at all in the Bible is a testament to their dynamic contribution to the early church and gospel story.

The problem is that we begin these conversations about women in spiritual leadership in the wrong place. Rather than starting with Paul’s epistles, we should begin in Genesis 1 and 2, in the opening pages of the story of God, because where we begin makes all the difference. The argument for female leadership within the church begins in the garden of Eden. The core theological question is this: Is the tendency to resist women leaders a fact of God’s original, intended design or a fact of the fall? John Piper, a noted Baptist pastor and theologian, argues for God’s design and intention for men and women and makes it clear that this created design is not just a matter for the home. “We are persuaded that the Bible teaches that only men should be pastors and elders . . . it is unbiblical, we believe, and therefore detrimental, for women to assume this role.”1

Complementarian arguments like this affirm a distinction between men and women and deny the full and equal partnership of men and women in leadership, asserting that from the beginning, women were designed to play the role of “helper” (Gen. 2:18), with the role of leadership reserved for men alone. An egalitarian view, on the other hand, argues that while the fall is responsible for setting man and woman against each other in an antagonistic relationship, God’s intended purpose at creation was for man and woman to fight the battle of evil together as equal partners.2 Indeed, the Hebrew term translated as “helper,” ezer kenegdo—­the same term used to describe God’s relationship to his chosen people—­lends itself to this interpretation.

Egalitarians and others who promote the full inclusion of women in church leadership read Paul’s comments about women through the lens of the creation story—­a narrative that didn’t create hierarchies but gave us clues to the fulfillment of God’s created purposes. Male and female experience this as partners in the work of realizing God’s kingdom on earth, fulfilling each other’s contributions to the kingdom:

Then God said, “Let us make human beings in our image, to be like us. They will reign over the fish in the sea, the birds in the sky, the livestock, all the wild animals on the earth, and the small animals that scurry along the ground.”
So God created human beings in his own image.
In the image of God he created them;
male and female he created them. (Gen. 1:26–27 NLT)

The first creation story in Genesis describes the work of man and woman together. God blessed them and directed them to multiply and care for his creation (Gen. 1:28). This was their work together—­to steward the rest of creation in partnership with one another. The clear hierarchy established in both creation stories of Genesis is the hierarchy of humans over animals, not male over female. Men and women are cut from the same cloth, as it were; their creation story is not a text of hierarchy or value but of unity and interrelatedness.

In his remarkable treatise on the theology of the body, Pope John Paul II explains that the word that spoke man and woman into existence is a word rooted in their being, rather than in their doing. What is good, John Paul II seems to imply, is that man “is,” and not what he “does.” The created goodness of men and women is not found in the roles they play but in their very existence, and it is the combination of the two sexes—­male and female—­that reflects the image of God.3 Moreover, their relationship reflects an ontological equality as well as a functional equality.4 To say this simply, men and women are both created in the image of God, and both are given the task of stewarding creation.

The fall, when humanity sins in Genesis 3, turns this partnership of equals into an antagonistic relationship. Adam and Eve, condemned by their failure to obey God, will now experience suffering in this life. Adam will fight against the ground, even as he works it for his existence. Eve will no longer have a partnership with Adam; he will rule over her. Neil Cole calls this “the failure of mankind, not the design of our Creator.”5 Genesis 3 describes what happens when the Enemy of God and humanity attempts and succeeds at distorting the created design. This narrative is descriptive, not prescriptive, and that makes all the difference. The great sadness is that our created purpose was weakened at the fall of humankind. We were meant to fight in partnership together against evil, but in his attempt to throw us off our game, the Enemy of God divided us so he could conquer us, and we’ve been trying to recover that unity and partnership between the sexes ever since.

This is an excerpt from When Women Lead: Embracing Your Authority, Move Beyond Barriers, and Find Joy in Leading Others by Carolyn Moore. This resource is designed to help men and women better understand the unique leadership challenges of women leaders, and to help women design strategies so they can flourish in life and work. We can help women who lead to hold more realistic expectations and employ more effective strategies by giving them solid data and proven strategies to move beyond survival so they find joy in leading others. 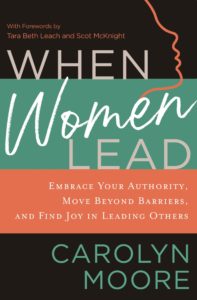 Order your copy from our store now.