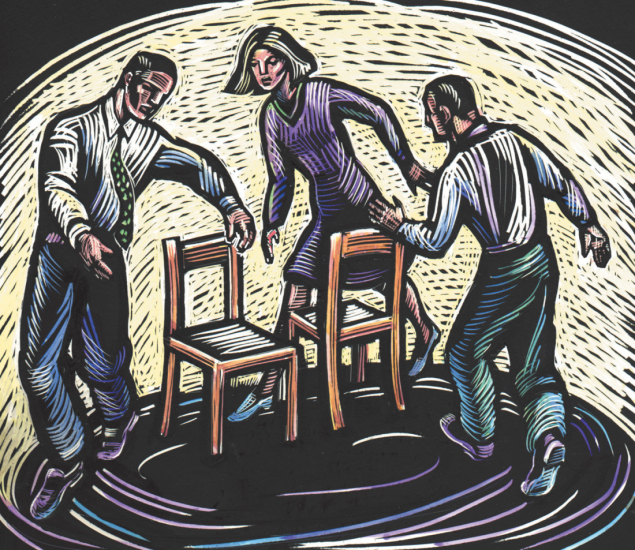 The past few weeks have been trying ones for many communities.  Martyrs were mourned.  A holy and ancient institution was redefined by judicial fiat.  And many United Methodist pastors showed their faces to new congregations for the first time.  Much ink has been spilled over the first two (and rightly so), but allow this layman some thoughts on the latter.  The UM appointment system may not be as violent or dramatic as recent headlines, but it is one of the cuts slowly bleeding to death a once vigorous spiritual and cultural bulwark.

I was raised and my faith confirmed in a small town First United Methodist Church in the South.  As a numerically weak congregation we cycled from breaking in the fresh from seminary, to finishing off the all but retired, and occasionally serving as a step down the pastoral ladder for the newly divorced or otherwise scandalized.  The game produced the occasional winners, who because of their successes would soon be rewarded with a “better” position and whose legendary exploits would grow in the memories of the congregation over time.  Pastor So-And-So is nice, but he’s no Brother Bubba.  Mostly, though, it was a mediocre lot.  We hadn’t chosen them and they hadn’t chosen us.  Three years counted as a long appointment, and then it was time to roll the dice again.

After years away from the UM pastoral carousel, I now find myself worshiping at another small rural FUMC congregation and am again shaking my head at the logic of the situation.  After three years that had produced some noticeable improvement on a number of ministerial fronts, a beloved pastor and his family were uprooted and moved elsewhere.  They will likely take root and flourish, as may well the young tender shoot put in their place.  I hope and pray that will be the case, but the one certainty with any transplant is a time of shock.  Neither the pastor nor the congregation saw this one coming, and it all seems more the result of harried bishops and district superintendents moving dwindling armies around a Risk board than any sort of prayerful or careful plan.  Who will cover Kamchatka!

If anyone thinks this is a good system, please then tell me why the goal of pastors and churches (unstated though it may be) seems to be reaching a level where you no longer have to play by these rules.  A few years removed from my small town days, I was a member at a historic big city FUMC.  The church would regularly host its annual conference gathering but was never on pins and needles over who their pastor would be at the end of the week.  This stained glass mega-church recruited who they wanted and told the bishop, not the other way around.  Pulpit tenures were measured in decades.  Their pastors were mighty oaks, rooted and secure, no longer stunted saplings forever adapting to new soils.

One could write another article on the ethics of this two tiered system.  However, since an inclination towards the urban and wealthy is not as unique to United Methodism as is the rapidly rotating appointment system, I will content myself here with briefly noting Wendell Berry’s essay “God and Country” (available in What Are People For?) as worthwhile reading on the matter.  As Berry notes, plenty of denominations use the “rural ministry as a training ground for young ministers and as a means of subsidizing their education.”  The message sent is clear:  “As country people, they do not matter  much and do not deserve much consideration.”  Or, as Berry quotes a friend, “The soul of the plowboy ain’t worth as much as the soul of the delivery boy.”

But back to the topic at hand.  Does anyone really think the ecclesial equivalent of musical chairs is the best way to build vibrant congregations and a vital denomination?  If so, why does no other church emulate this master plan?  Roman Catholics along with various Lutherans, Anglicans, and others all have hierarchical systems with bishops and bureaucracies that can provide oversight and step in to address problematic situations, but the turnover rate is far less and ministers often find themselves in long term positions at all levels of the population pecking order.  Incidents of mutually agreeable pastor/parish combos being split up are much lower.

Defenders of the system might argue that in exchange for installing the revolving door, small congregations at least get the near guarantee that somebody will be walking through it.  Similarly, pastors who sign up for this itinerant system may not know where they are going, but they will know they are going somewhere.  Whether this is a true benefit or a habit forming crutch is open to debate.  Floundering congregations need not change to attract a pastor, and the ministers assigned to them may well decide that the best course is simply to not rock the current boat and just wait for their next ship to sail in a year or two.  This system may keep the doors to some borderline churches open a decade or two longer than they would be otherwise, but is nursing dying congregations like a kind of hospice really the best way to advance the Gospel?

Of course, the primary sickness afflicting the United Methodist Church is its own institutional schizophrenia about just what sort of “good news” it is peddling.  Nevertheless, the appointment system is a bit like pneumonia on top of cancer—it is certainly not making the chances of survival any better.

The system also means that spiritually anemic congregations are unlikely to be fed the meat they need to recover their full strength.  Take this past Sunday for example.  Big issues like race and marriage were in the air but were any newly arriving pastors—still unpacking boxes, learning the name of the church secretary, and trying to remember where the post office was in their new town—going to have the courage or the personal bandwidth to tackle those topics?
That timing was a bit of a fluke but it highlights a broader reality.  Many pastors take a year or so just to feel out the new church before beginning to slowly work in any needed changes or exhortations.  Over the life of a UM congregation, that can add up to decades of place holder platitudes and innocuous skim milk sermons.  And should a pastor actually begin to make some real headway, a sudden move throws a giant monkey-wrench into the works.  The chances of the next pastor having the interest or the laity keeping the topic alive without support at the top are slim.

I have been blessed to be a part of some wonderful congregations in my lifetime, some in the UM system but most outside of it.  One thing that the good ones had in common was stable long-term vision at the top.  Yes, there is always a risk that a congregation becomes too focused on a personality, but I believe the risks of unstable and weak leadership are far greater.  Additionally, while the communication skills of a preacher may transfer from town to town, true pastoring is a relational enterprise.  It takes time to build trust through shared experiences, and such trust is even less likely to develop if everyone knows in the back of their minds that they are dealing with the equivalent of an extended interim pastor.  In effect, that’s what the average small to mid-size United Methodist Church’s minister has become.  Such a system is hard on their families and it is hard on the families they are trying to serve.  It is well past time for true full-time pastors.

Do you share the author’s opinion? We are inviting responses in the comments section and in formal article responses.