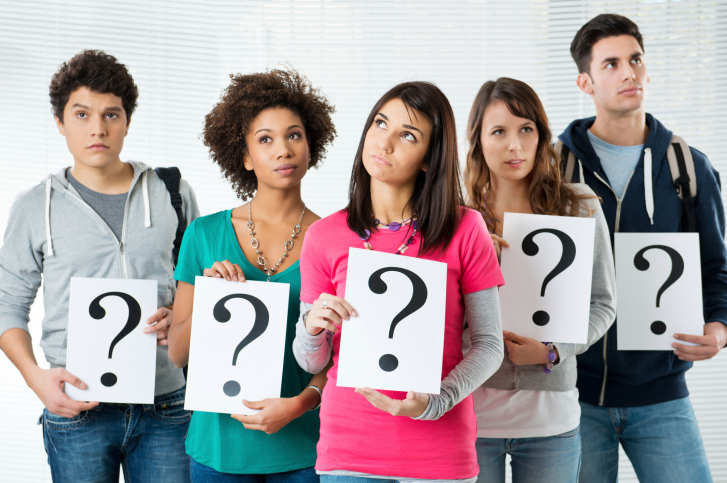 In the attempt to become relevant to teenagers, many youth ministries have lost the sense of sacredness that properly belongs in all churches. In this article, Jeremy Spainhour reminds us that youth ministry is not about providing entertainment and snacks, rather, youth ministry must reclaim its gospel-centeredness.

Youth ministry is a misnomer, or at least it has become one. The fact that there is such a designation forces the assigned minister to lead his or her ministry in a way that accommodates the designees. And if that accommodation were only a question of how to shape our communication in order to deliver the content of salvation history, it would be an appropriate question that could perhaps yield appropriate answers. But in a church culture where effectiveness has become the Freudian slip of faithfulness, ministry to youth is often staged and propped with more images from pop-culture than salvation history itself. It is almost as though the expectation were that on any given Sunday Tupac could return for a visit, and we we would want him to feel at home if he did. So the Church becomes the hip and crowded inn, full of fun and flash, while the One who stands at the door and knocks goes unheard for all the racket. And so, he sets out to places as meager as a manger that might receive him for a visit, seeking not a stage and a soundboard to make himself known, but only a Table and an ear to hear in a place that feels like a house and sounds like a prayer, a place where he feels at home.

I should point out that I am a youth minister. I write not as an idealist whose ideas stay afloat so long as they never touch the ground, rather as an idealist trying to preserve an idea but finding myself constantly taking in water. It is not an exaggeration to say that in some churches, the expectation of a youth ministry is to provide entertainment, probably snacks, and a side of watered-down gospel—one where Jesus can live in our hearts without leaving a cross on our backs. To lead with an undiluted Gospel, one in which grace is discovered in the concrete world of repentance from sins rather than the ethereal world of the sinner’s prayer, could be the death nail of some youth ministries. And so a gospel-lite program is erected that will serve as the faith and practice incubator during the most formative years of a person’s life, at the end of which, like a pet rabbit released in the jungle, we send them off to college with fingers crossed, praying for endurance for that moment some radical shatters their world with those disillusioning words: “Man does not live on snacks alone.”

Of course, they are not ready to hear those words, so half of them stop going while the other half finds a church that looks like am inflated version of the youth ministry they have grown to love (cf. Kenda Creasy Dean, Almost Christian: What the Faith of Our Teenagers is Telling the American Church; Christian Smith, Soul Searching: The Religious and Spiritual Lives of American Teenagers). So while many youth ministers start out with great ambitions, determined to provide a theologically rich, spiritually saturated service grounded in Scripture and tradition, their ambitions are soon met with students who are tone deaf to the sound of lordship (and therefore salvation) and parents who call concerned because their kids have left the service without being fed–that is, because there were no snacks. Soon enough, all those faithful ambitions get weighed down with the pressures of students and parents alike with the result that they eventually get watered down–the Table exchanged for the stage, the bread for a bag of Doritos, the still, small sermon for the big, funny speech. And it works.

In keeping with the ministry of Jesus in John 6, we feed a multitude. We just struggle to keep going with that same ministry of Jesus, when the people came back unsurprisingly hungry again and Jesus, having no loaves or fish, awkwardly offered them a bite of himself, criticizing the food that perishes and pointing them to a food that does not. But we struggle, because we somehow think it is more faithful to draw the crowd with the food of John 6:2 than it is to let them hunger until they acquire a taste for the food of John 6:53, perhaps superstitiously avoiding the inevitable effect of John 6:66, where only 12 out of thousands stayed with the full understanding that the words of eternal life taste like blood. So while Jesus runs from the crowd of those who want to enslave him to their desires, trying to “make him king by force” (6:15), so he can continue feeding them with the Wonder Bread of felt-needs, we often persist in offering that carnal bread, especially now that unlike the first disciples, we have the budget to provide it ourselves and don’t really need Jesus to provide it for us. We just need the people to keep chipping in so that we can keep our numbers up, since numbers have become the measure of success, even if we are not sure what exactly we are counting. We are left with a sad irony. The people come to church and feed themselves, singing to the lord of their desires, while The Lord of Their Lives runs away to find places where his blood is relevant.

Of course, the church has to take seriously the question of contextualization, but there is a razor thin line between contextualizing and compromising when it comes to church ministry–precisely because there is an infinite line between the felt-needs of a person and his or her actual needs. We would be suspicious of a doctor who asked us what medicine we’d prefer after giving the diagnosis, even more of a doctor who asked us what the diagnosis was, but we would leave the hospital in indignation if he told us that nothing was wrong.

The truth is: We’re dying. We know it. We don’t want to admit it, but beneath this insatiable appetite for anything that will numb or distract us from our glaringly inevitable fate, there is a deep, constant ache that nothing seems to totally numb, an ache that we can only hope to cope with by holding it at the distance of distraction. The author of Ecclesiastes speaks of eternity in the human heart, not to make himself feel big but to make himself feel lost (Ecc. 3:11), not an eternity that feels full of the divine but full of the abyss. Shakespeare said that “desire is boundless and the act a slave to limit.” Every desire filled scrapes the edges to make a bigger hole. C.S. Lewis spoke of a desire that all our worldly attempts to satisfy only seem to aggravate, forcing us every now and again to ask the question of God and to direct our gaze toward something that transcends. We suffer from infinite heartache in a finite world, and that truth is as close to us as the breath in our lungs, but its solution seems as far from us as the last breath in Adam’s lungs.

And though our people don’t want to admit it, they know it is there, deep down at the center. I know it’s there and knew it was there well before I believed there was an adequate supply to meet such an infinite demand. What I needed from the Church was not more distraction, more beating around the un-burning bush. I needed a disruption. I needed fire.

The difference between contextualizing and compromising in church ministry, I believe, is as Tim Tennent has pointed out: compromising seeks to make the gospel relevant to people, while faithful contextualizing seeks to make people relevant to the gospel; compromising speaks the language of the people, while contextualizing does the same but does so in order to teach the people a new language, to teach them Good News. Jesus goes to people as they are, but he doesn’t leave them as they are. Jesus came for the sick as a doctor, not a patient (Mk. 2:17); to the captives as a liberator, not an inmate (Lk. 4:18); to the sinner as a sanctifier, not as Barabbas; offering grace on the other side of repentance (Lk. 5:32); offering a whole heart to sinners through his blood; and then calling them to live in accord with their new DNA. He came to contextualize, to be sure, but not to compromise. He came to meet our deepest need, even at the expense of our surface needs. “He who is without sin cast the first stone.” Yes. But she who has sinned, “Go and sin no more” (Jn. 8:7-11).

Therefore, I believe it is necessary among all the other activities of Christian ministry in general and Christian youth ministry in particular to have a designated time and space that has an air of alienness to it–a time and space that does not seek to provide a seamless transition between culture and church, which inadvertently communicates that there is no difference between culture and church, but rather seeks rather flagrantly to emphasize the seam–to say and do and expect things that are not intelligible to culture and are only intelligible to the gospel, precisely because culture cannot offer them. This is the appropriate context for revelation, for the living God to reveal himself ever and again in and to and through his Body as his Good News is heard there and unheard everywhere else, which is precisely how it remains News and how it remains Good, even if the Blood of his Body requires an acquired taste.

Visit the Youth Ministry Collective: a place for coaching, games, and study resources.