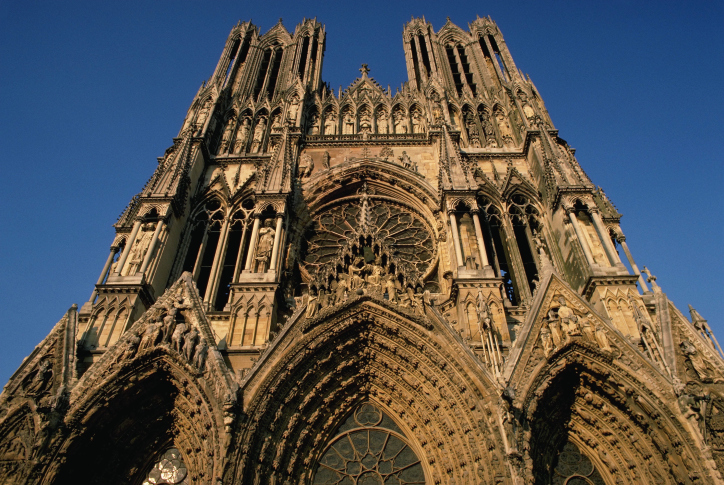 The times are changing. Like it or not, secularism is on the rise in North America. This does not mean that Christianity is waning worldwide, but the situation in the old heartlands of Christianity is definitely not the same as it has always been, and the indicators show that it may continue to change.

I live and minister in Europe, where the landscape is covered with vestiges of Christianity. Virtually every major city has a cathedral at the heart of its skyline. One does not have to travel very far to find historical sites where great revivals took place, synods were held, and mission movements began. But to many in Europe, Christianity is little more than part of the cultural past. In most parts, average church attendance is below 10 percent and in many places it is less than two percent, often times filling the pews exclusively with silver-haired saints.

Effective mission in a post-Christian situation requires creativity and some outside-the-box thinking. It takes some surrendering of things that may have been held to very closely. So what do North American church leaders need to consider as the times unfold?

1) The church needs to surrender its entitlement mentality.

For centuries, the realm of Christendom has been able to expect people to be part of the church. Going to church was part of one’s civic duty like paying taxes, voting, and obeying the laws. It was reinforced by social pressures. In Christendom, would someone want to be known to have played hooky from church? What does the church do when these safety nets are taken out? I think we need to look at motivation. Why be in church? Is Jesus really relevant in my life?

I’m not talking about those academic types who delve deeply into the philosophies, theories, and theologies of mission. The church in the post-Christian West does, however, need an abundance of people who are thinkers who ask good questions about the nature of God’s mission in their contexts. What does the essence of the gospel look like in our community? Does the meaning come through in our language and forms? How can we effectively shape the church in ways that reach into all aspects of the lives of our people so that they can truly live under the Lordship of Jesus? Too often we have just looked for “add water and mix” strategies, but as we enter this new season, we can’t expect what works in one place will also work in another.

3) It’s time for the church to look at its ecclesiology.

Ecclesiology is just a fancy word that means “theology of church.” But in reality, if the church is to be Body of Christ on earth through which people worship the Lord, are discipled, find community, express their spiritual gifts, and are deployed for mission, how often have we actually thought about the whys and hows of church? Do we have a robust view of church? It may also be time to reconsider the whole idea of church membership as the deeper question is more about how people are moving toward Jesus rather than belonging to a rigidly defined bounded set.

4) The church will need to embrace diversity in different ways.

Over the last few decades, much of church growth thinking has focused on homogenous groups. Often times, churches have been planted amongst a very narrow demographic, leading to very like-minded faith communities that may even reflect a very narrow socio-economic, cultural, and yes, even racial makeup. Talking about diversity in reality has often been that annual pulpit exchange when people hear a slightly different voice. However, as churches grow in post-Christian environs, what brings people together may simply be Jesus. This might also bring about a wide variety of ideas and expressions.

5) The church has reinforcements.

Within this generation, the scale in the demographics of World Christianity has been tipped, reflecting quite a different reality. Now, more Christians are found in the Global South than in the North. The “typical” Christian comes from places like South America, Africa, and Asia. With the rise of migration, the church in the post-Christian West can celebrate the arrival of sisters and brothers in Christ who are eager to be salt and light in their new homes. The established church in the North will be wise to embrace, learn from, and work alongside non-westerners in building God’s kingdom, especially as they move into the post-Christian West.

Kirk Sims serves Jesus in cosmopolitan Hamburg where his wife, Nicole, is pastor of an intercultural, international congregation. He is the European regional consultant for The Mission Society and is finishing up a Ph.D in African missiology through OCMS in the UK.