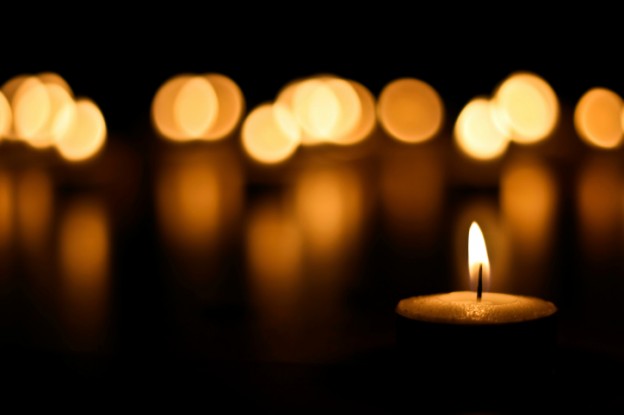 It’s not that I’m unable to unveil at least some of the mysteries of God’s tri-unity, and I’m certainly not acquiescing to arguments of Arias or the musings of Marcion. In fact, my confession is not at all about an intellectual infidelity to orthodoxy or a rejection of Regula Fidei. Rather, I confess the heresy of Gnosticism has harnessed itself to my homiletical practices.

The Gnostics believed the material world is evil, and the road to salvation leads through intellectual enlightenment. The Gnostic “Christians” denied the incarnation, death, and resurrection of Jesus, preferring, instead, a Jesus more palatable to Greek philosophers, a Jesus never muddied by the mess of the material world.

Most of you probably haven’t gone as far as the Gnostics—at least intellectually. But I wonder if there’s much of a practical difference between these ancient heretics and our contemporary versions of them, specifically in our pulpits. And if there are others like me, who might be willing to confess this unfortunate truth, what might this reveal about what we really think about the gospel?

My confession of practical heresy led me to assess my own approach to preaching, and as a result I came up with six questions to ask of every sermon—questions designed to assist me in avoiding Gnostic preaching practices. My prayer is that you too will find them helpful and that maybe one day we can wean ourselves off of both intellectual and practical heresy.

1. Preacher, is your message merely a lecture?

Recently I came across a curious comment by a pastor offering counsel to young preachers. He said, “It’s difficult to define the difference between preaching and lecturing, but you know it when you see it/hear it. It’s about passion, eye-contact, persuasion, urgency, etc.”

This statement made me wonder, “Is it that hard to tell the difference between preaching and lecturing? And are those the real differences?”

Certainly, those items remain indispensible to any persuasive speech, but they simply cannot be the difference between preaching and lecturing. After all, I’ve heard many a lecture delivered with impressive passion, eye-contact, persuasion, and urgency. No, the differences must be elsewhere. I suggest the “elsewhere” lies in the telos of each.

Lecturing looks to relocate information from a vessel full of facts to an audience of empty buckets ready to be filled with those facts. Such a transfer allows for a physically passive audience because changed thinking provides the telos of lecturing. But preaching begins with a different telos: a reorienting of human affections and behavior toward union with God.

Preaching, therefore, must go beyond the transfer of brute facts about the word to a holistic (physical, emotional, spiritual, and intellectual) engagement with the Word. Preaching that is imprisoned in information transfer invites a Gnostic Christianity. It assumes the audience attains salvation and awareness of God through the acceptance and articulation of brute facts and data. But this assumption reduces “knowing” to a cognitive, intellectual process rather than the union of ourselves to God like an infant to her mother.

This latter kind of “knowing” finds assistance in brute facts, but cannot be limited to such facts; for an infant may not know many facts about her mother, but she knows her mother intimately nonetheless. When I’m promoting this kind of knowing, I’m really proclaiming the entire gospel. And when my congregation is “knowing” in this way, they’re undoubtedly embodying the entire gospel.

2. Preacher, could your sermon be preached without reference to the incarnation, death, and resurrection of Jesus?

Apparently enough commonality existed between the early Christian and Gnostic conceptions of God that people were easily confused. But where variances existed, they mattered immensely to the Christian faith, especially in regards to the incongruous beliefs involving the incarnation, death, and resurrection of Jesus. And these distinctive beliefs mattered (and still matter) to Christian preaching.
While we may not think the incarnation is secondary to our preaching, I believe we have failed to cast a vision before our people of why the incarnation matters to their lives in a tangible, everyday sense, to express the meaning of Immanuel, “God with us,” to speak to the fact that Jesus took on human skin in order to redeem our material, human bodies, to demonstrate (embody!) the fact that the gospel is as much about restoring physical creation (including our bodies) as it is about saving our souls.
Even at Easter, when the incarnation, death, and resurrection of Jesus matter most, we have settled for intellectual discussions and arguments about the historicity of the resurrection. But we have largely failed to talk to our people about why the bodily resurrection of Jesus matters to their this-worldly lives.
Too often I’ve settled for the death and resurrection of Jesus to be, at best, a springboard for talking about Christ’s winning next-worldly salvation for us. And at worst, I’ve have settled for surface level spirituality, moralistic musings, and kitschy clichés. And I know I’m not alone in this failure—which is why most Americans consider Easter a religious holiday, but few actually associate it with the resurrection of Jesus!
Preaching which ignores the incarnation, death, and resurrection of Jesus might have mass appeal to your congregation, but it can hardly be called “Christian.” Such preaching certainly will not give them a vision of a God who participated—and still participates—in the everyday mess of human existence. Preaching failing to speak fondly of our God infiltrating the mess of human existence is Gnostic at its core.

3. Preacher, does your sermon invite participation?

I have often assumed, or at least acted, as if I, the preacher, am the primary participant in the sermonizing process—as if the sermon is really just “my” sermon. But in adopting such assumptions, I prove my preaching is Gnostic—merely a lecture crafted by my own logic and creativity, but not involving the participation of anyone else, even God (yes, when we’re honest with ourselves, many of us will confess we have crafted many a sermon without the assistance of God).
Truly Christian preaching cannot be accomplished through a sole individual alone with her books. In Christian preaching, I am not the solitary, or even primary, participant in the sermonizing process because both the Triune God and His people are essential participants. Indeed, the sermon exists for His glorification and their edification. When I assume myself to be the primary participant, I act like the Gnostics, who claimed to possess secret knowledge only accessible through “me,” and I presume that my audience must learn this knowledge from me in order to find salvation.
But when I see that I am not the sole or even primary participant, things begin to change. I see that the Triune God participates through the word proclaimed. He empowers the preacher’s words, and enables the audience to accept and answer His call affectionately.
Such realities reveal how reliant I really am on the role of the Triune God in my sermonizing. Without His involvement, my words will—at best—fall on deaf ears. Neither the preacher nor the audience can participate in the sermon without the prior participation of God. Let us not overlook this simple fact. And let us be diligent to make sure our sermons are driven by the centrality of God’s participation in the life of the church, not the felt-needs of our audience.