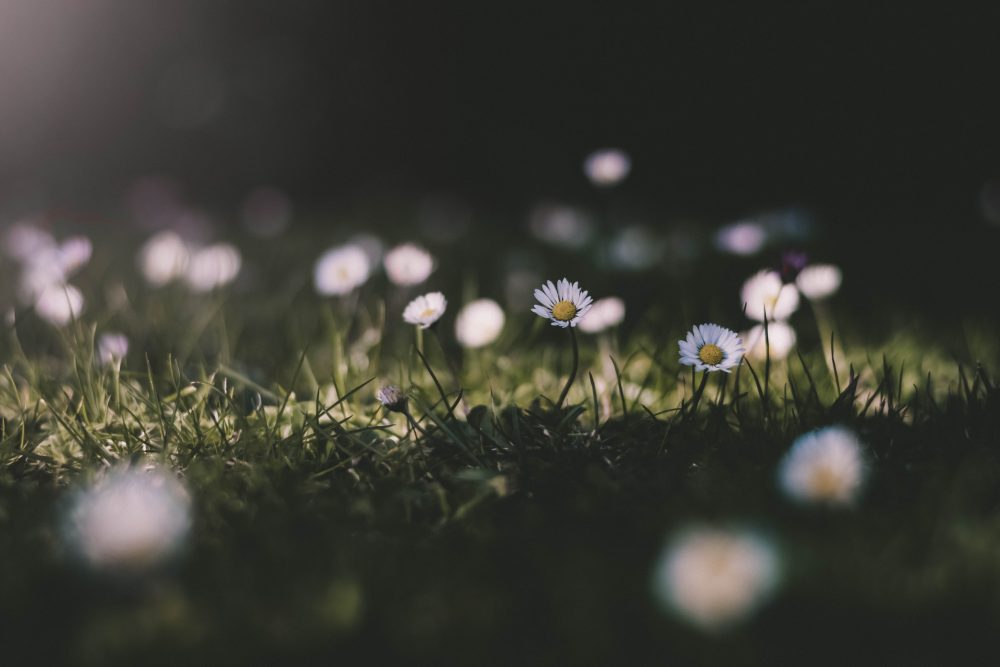 The world is going to hell in a handbasket. That couldn’t be clearer. Violence, crime, disease, poverty, injustice, godlessness and immorality are on the rise. We are descending ever rapidly toward the complete disintegration and destruction of everything our forebears achieved. Gone are the prosperous and virtuous days of the past.

Or so it is widely and commonly believed.

But is it true?

According to a recent survey, 70% of people think the world is getting worse and a mere 5% believe it is getting better (source). Another recent poll determined that 2/3 of Americans believe that extreme poverty has doubled over the past 20 years, while another 29% believe it has stayed the same (source). Only 5% of those polled responded that extreme poverty has decreased during that time.

Another recent poll shows that white evangelical Christians are more likely than any other Americans to believe that our country’s best days are behind her, perhaps due to widely-held doomsday apocalyptic religious beliefs, the fact that they are no longer the dominant force in American society, or both (source).

But despite what we may believe about the condition of the world, the reality is strikingly different. For example, 95% of Americans are wrong about extreme poverty. Over the past 20 years, it hasn’t doubled or stayed the same, but instead has decreased by more than half, and may soon be entirely a thing of the past.

Conditions in the world have never been better than they are today. As bad as things are, there is less hunger, less violence, less war, less ignorance, less disease, less poverty, less injustice, and less human suffering today than at any time in recorded history. There has never been a better time to be alive. Indeed, humanity’s amazing progress, which has accelerated in recent decades, is possibly the most significant and least appreciated story in human history.

So, with all the reasons to be pleased with our continued improvement and to be optimistic about the future, why are we so negative and pessimistic?

Scientists have come up with theories to explain “declinism” (the persistent belief that things are getting worse rather than better) but whatever the reason for it, it’s nothing new. The belief that the current generation isn’t as virtuous and industrious as the preceding generation is as old as civilization itself. Over 2,000 years ago the Roman poet Horace wrote, “The age of our parents was more vicious than that of our grandfathers, our age is more vicious than that of our fathers, we are worse than our fathers were, and our children will be worse than us.” And the notion didn’t originate with Horace. Four centuries earlier, Plato lodged a similar complaint, and four centuries before Plato, the Greek poet Hesiod also cited the declining values in the youth of his time. An inscription on a 6,000-year-old Egyptian tomb reads: “We live in a decaying age. Young people no longer respect their parents. They are rude and impatient. They frequently inhabit taverns and have no self-control.”

The Bible reveals that this “declinism” existed in Israel 3,000 years ago as well.  “Do not say, ‘Why were the former days better than these?’ For it is not from wisdom that you ask this,” says the writer of Ecclesiastes (Ecc. 7:10).

Pessimism and nostalgia for the past reigned in John Wesley’s day as well. Despite living in a culture steeped in crime, poverty, ignorance and misery, during Wesley’s time, it was widely and commonly believed that the status quo must be defended and preserved, because change leads not to progress, but to anarchy and decline. As he did on so many other issues, Wesley spoke powerfully into that prevailing belief, challenging and refuting it. In 1787, at age 84, Wesley published his sermon “On Former Times.” It is a sermon as relevant today as it was then, and deserves to be widely known.

Among all nations and all ages, Wesley observed, it has been common to insist that the past was better than the present, and that the future promises further decline. “There are few suppositions which have passed more currently in the world than this,” Wesley wrote, “that the former days were better than these. It is generally supposed that we now live in the dregs of time, when the world is, as it were, grown old; and, consequently, that everything therein is in a declining state.”

But when, Wesley asked, have times been better? Surveying history he saw no such time.

The claim that our best days are behind us, Wesley wrote, “is not only contrary to truth, but is an instance of black ingratitude to God, and a grievous affront to his blessed Spirit.”

Wesley devoted much of the sermon to answering the claim that people were more religious in the past (we can easily imagine the same objection being made today). Wesley answered that true religion is demonstrated not in particular opinions or modes of worship, but in “the uniform practice of justice, mercy and truth.” While there had certainly been times in the past when the “forms” of religion were more universally practiced, he noted, those times were also characterized by brutality, injustice and intolerance. Thus, despite the prevailing Deism and religious indifference of his day, Wesley made the bold claim that “whoever makes a fair and candid inquiry, will easily perceive that true religion has in no wise decreased, but greatly increased, in the present century,” arguing that “true religion” is shown in love of neighbor, and as institutional religion receded in power, so did religiously-inspired persecution.

Never before, Wesley noted, had Christians in various denominations shown such forbearance to one another. Just a century before, Christians had been slaughtering each other across Europe by the millions, in religiously-inspired wars and massacres. If, as some claimed, the cooling of “religious” passion was attributable to Deism and religious indifference, then, Wesley responded, let God be praised for the effect of it! Disregard for religion only paves the way for the spread of true religion, he argued. Looking specifically at the newly-founded American republic, Wesley wrote, “The total indifference of the government there, whether there be any religion or none, leaves room for the propagation of true, scriptural religion, without the least let or hindrance.”

Above all else, as proof of the increase of “true religion” (even as it seemed people were becoming less religious), Wesley noted that “benevolence and compassion toward all the forms of human woe have increased in a manner not known before, from the earliest ages of the world. In proof of this we see more hospitals, infirmaries, and other places of public charity have been erected, at least in and near London, within this century, than in five hundred years before.”

Might we not easily make similar observations in our own time?

We live in amazing times. By all objective standards humanity lives better than ever before. Things are not getting worse. They’re getting better at an accelerating rate. And before we bemoan the demise of “religion,” we should look, as Wesley did, to see if the evidence of “true religion”—love of neighbor, benevolence, compassion toward all the forms of human woe, public charity, the practice of justice, mercy and truth—justifies that claim.

Of course it’s easy to imagine how most would respond today to Wesley’s message: But what about ISIS? What about global warming? What about the Zika virus? What about (insert name of politician you fear the most)? As in all times, we have no shortage of things to fear. The point though is not that the world is perfect, or that there aren’t legitimate reasons to be concerned about the state of affairs in the present and the future, but rather that overall conditions in the world are better than they have ever been, not worse, and that there is good reason to believe they will continue to improve, and that for this, we should praise God.

Of course there is still plenty of injustice in the world—plenty of opportunity for God’s people to do the work God calls us to do, to be a part of the redemption of creation. But even as we put our shoulder to the wheel, let us not join the crowd of pessimists, crying over the loss of supposedly better days and expecting the worst. Rather, let us rejoice in the wonderful work God is doing in the world, let us give thanks for the blessings around us, and let us look confidently and optimistically toward the future.

In Wesley’s words, “Shall we now say, ‘The former days were better than these?’ God forbid we should be so unwise and so unthankful! Nay, rather let us praise him all the day long; for he hath dealt bountifully with us.”