Music and The Missionary: A Lesson in Context - Seedbed
close
Menu 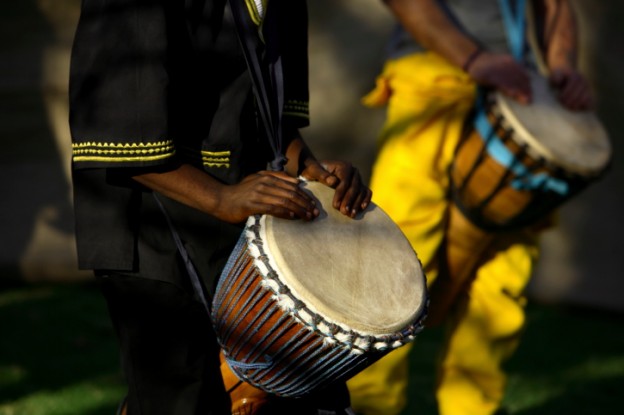 In 2004, I spent six months serving with World Gospel Mission in Uganda, Africa teaching theology and Biblical studies to Ugandan pastors in bush villages. Some of my Favorite memories of my time in Uganda were the nights I would gather under the stars with Ugandan men and women, singing choruses and dancing for hours. The music was simple – repetitive choruses sung in simple harmonies, sometimes accompanied by nothing more than a percussion instrument – but there was great beauty, joy, and life in the musical praise and prayers of the Ugandan people. I deeply miss sharing in those times with my friends.

My experiences in Uganda continue to prompt my musings on the role of music in worship. In particular, one experience helped me come to understand that good theological content is often fruitless without considering the cultural context.

One day, as I was preparing for a pastoral training taking place a few weeks later in Bugiri (a small village near Lake Victoria), a missionary friend approached me with a question. She had been working with a translator to create a small hymnal in Lugandan (one of the main tribal dialects spoken in Uganda) and was eager to get the hymnal into the hands of the Ugandan pastors, but there was a problem – the majority of the pastors did not know any of the songs. To resolve this issue, my missionary friend decided to use the pastoral trainings to slowly introduce hymns from the hymnal. Knowing my experience as a musician and worship leader in the American church, she asked if I would be willing to teach one or two hymns during the upcoming training I would be leading in Bugiri. I gladly agreed.

One of the songs I chose was the American gospel-hymn, “What a Friend We Have in Jesus” (or in Lugandan, “Yesu Ye Mukwano Gwaffe”). I had often led the song in American churches. The melody was catchy and simple, at least for Americans, so I thought it would be easy for the Bugiri pastors to learn. I was excited for this opportunity to teach new musical content to the Ugandan pastors, doing my part in helping expand the sung content of their worship.

A lesson in context

Since I did not speak Lugandan, in preparation for the training I met with a Ugandan pastor and his wife a few times to learn the basics of Lugandan pronunciation, inflection, etc. We sang through some of the translated hymns as well as Lugandan tribal songs in order to help my tongue become more familiar with the foreign dialect.

At the end of the month, I arrived in Bugiri and met the local pastors for our training session. I decided that we would start the training with prayer and singing. After a time of prayer together, I passed out the hymnals, grabbed my guitar, and encouraged the pastors to join me in singing this hymn that had been freshly translated into their language. Then I began playing the song. This is where things took a bad turn.

As I said before, I had often led “What a Friend We Have in Jesus” in American churches. What I failed to mention is that, being a native Kentuckian, I usually led the song in a bluegrass style that I had arranged. You can probably guess where this is going… The moment I began strumming the guitar, bluegrass music filled the air. It wasn’t until I began to sing the Lugandan words to the hymn that I realized my mistake. As I looked around the room, I was met with three responses. A few pastors whooped and applauded my ability to sing in their language. A few others laughed. Most, however, sat and looked bewildered at me. They were completely confused and embarrassed by the unusual sounds they were hearing. Regardless, no one was singing along with me.

After making my way through the first verse of the song, I sat down my guitar, turned to the pastors and explained how the music they were hearing was very typical in the place I call home. The general consensus from the pastors was that the music was strange, but they appreciated my showing the song to them. I then asked them if anything stood out to them about the words I had just sung. The response was complete silence. My bluegrass demonstration of the song was so jarring to the Ugandan pastors, they paid no attention to the content.

At this point, I decided to take a different approach in teaching the song to the Bugiri pastors. We spent the next fifteen minutes going over the lyrics of “Yesu Ye Mukwano Gwaffe,” talking about the images and themes contained in the words. Then we sang it again, this time a cappella. And it went great.

Why context is important

The whole goal behind my teaching a new song to the Bugiri pastors was to help introduce theology through musical prayer and praise to God. Unfortunately, the content was lost because I failed to take the context of the Ugandan pastors into account. Instead, I forced them into my context, a very strange and unfamiliar world.

As much as I believe content to be of the utmost importance in worship, I cannot ignore the fact that context is also crucial. At a basic level, context is how content makes sense. On a theological level, context is the incarnational aspect of ministry and worship. Context thrusts us into the lives of others, moves us to truly understand their cultural environment, and allows us to tailor our approach in ministry and worship for each occasion.

By taking context into account, we remember that people come from very particular walks of life with particular influences and particular formative backgrounds. By contextualizing our worship – including our worship music – we acknowledge that God’s Spirit is not limited to certain looks, styles, or cultures. Instead, we affirm the goodness of God’s varied creation.

Context is not, however, an excuse for bad or shallow content in worship. In fact, I believe we should often push ourselves (and slowly and carefully push our congregations) outside of our own familiar contexts and into others’. We begin to see the vast, transformative power of the Holy Spirit as we break free from our native environments.

As I spent more and more time with the Ugandan pastors, I slowly began to understand and appreciate their ways of worship. Likewise, they slowly began to understand and appreciate mine. I loved the simplicity and the repetitive nature of their music, which made sense in an oral culture. They appreciated how the American hymns told stories and were able to teach profound truths about God and His work. As I spent more time in fellowship and worship with the Ugandan pastors, American hymns eventually made their way into the nightly musical gatherings we shared. Similarly, over the past few years I have had the opportunity to lead the congregation of my church in Lexington, Kentucky in a couple of Ugandan choruses.

Our contexts are a natural expression of who we are and who God created us to be. Context is something to be celebrated and evaluated, not ignored. May we ever be willing to seek out the proper balance of content and context in our worship, continually increasing in awareness of God’s presence, attention to God’s Spirit, and the ability to uniquely and communally express praise and prayer to God.