Of Lions and Lambs: Putting Down Animals is Not the Best Way to Counter Today’s Misplaced Priorities - Seedbed
close
Menu 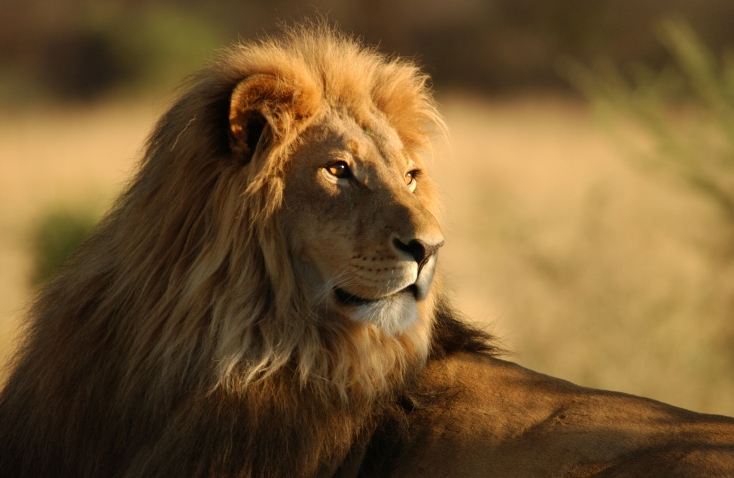 Across social media, conservatives are on the hunt for lion lovers.  “Hey Liberals,” one meme featuring a smiling infant in a feline costume reads, “Let’s pretend I am a lion.  Maybe then you can muster up some outrage that I am skinned alive for my parts.”  Senator Marco Rubio’s tweet “Look at all this outrage over a dead lion, but where is all the outrage over the planned parenthood dead babies” has been re-tweeted thousands of time.  And these are just two examples of a chorus that is echoed in a hundred other places, sometimes with different “more important” topics, like the police shooting unarmed African-Americans, juxtaposed against the death of the African lion.

A part of me wants to roar along.  Yes, the fact that publicly funded Planned Parenthood systematically dismembers little humans and then shops around their body parts is a bigger deal than a Minnesota dentist putting an arrow into one of the king of the beasts—a much bigger deal.  As with the baby back-stabbing Kermit Gosnell’s murder trial, the failure of the mainstream media to take the matter seriously is an indicator of the deep biases that infect most newsrooms.  Last Thursday, ABC’s World News Tonight ran yet another full length story on the death of Cecil the lion (and there have been more since).  Ironically, that was followed by a piece entitled “The Forgotten Children.”  Young ones torn apart with the aid of ultrasound in an effort to preserve their high dollar livers were not, of course, the subject of the expose´.  ABC News once sent hidden camera wearing reporters into Food Lion meat markets to uncover unsanitary practices, but the human butchery of Planned Parenthood has yet to merit any on air attention.

I can certainly understand the inclination to cross your arms and tap your foot while looking disapprovingly on as the death of Cecil and other lesser topics are spotlighted while the violence of a D&C remains cloaked behind a veil of media silence.  This is a doughnut-hole phenomenon where the circumference of compassion has been expanded but its traditional central core of empathy towards our own has been hollowed out. American society’s priorities are indeed warped, but an indignant reaction tends to push us towards the odd place of trying to demonstrate our compassion for the unborn by suppressing any compassion we might have towards animals.  “Forget the stupid lion!” we lash out in frustration.

Kay Warren, wife of mega-church pastor Rick Warren, followed this path several years back when she wrote a blog called “Puppies Aren’t People” about almost being moved to donate to a local SPCA by one of those weepy Sara McLachlan commercials.  She successfully beat back the initial tug at her heart and concluded, “Puppies? Gorillas? No . . .  children.”  Today, many are effectively saying, “Cecil the lion?  No, Emmitt the unborn!”  I say, why not both?
As a Christianity Today editorial put it in response to Warren, “Compassion is not a zero sum game.”  Suppressing appropriate feelings in order to emphasize others is a misplaced and counterproductive response.  Are those animal lovers who have lost sight of human suffering more likely to respond to fingers wagging from the sidelines or an arm-around-the-shoulder approach that joins their work when appropriate and then challenges them to care for people as well?

As new videos were emerging documenting the depravity at the upper levels of our nation’s leading abortion provider, the ASPCA was on Capitol Hill with lots of cute puppies in tow.  Should representatives and staffers have felt obligated to kick the dogs simply because they were there to lobby for a topic other than defunding Planned Parenthood?  Of course not!  Care for those in the womb is hurt, not helped, by embracing animal cruelty.

Indeed, the history of the SPCA reminds us that compassion for people and animals can flow from the same heart.  William Wilberforce who, along with his Clapham Sect allies, embraced the bondsman as a brother and brought about an end to the British slave trade also helped to found the Society for the Prevention of Cruelty, the first organization to advocate for the humane treatment of animals.  This reform minded evangelical is not alone in the pages of Christian history.

John Wesley, the great Methodist leader whose empowerment of the poor was unmatched in his day, also instructed his circuit riding preachers to treat their horses well and found the relationship of God to his lesser creatures a worthy topic for a sermon.  Wesley entreated his hearers to “imitate Him whose mercy is over all his works” and who “directs us to be tender of even the meaner creatures.”  All the while, we are “to look forward, beyond this present scene of bondage, to the happy time when [animals] will be delivered therefrom into the liberty of the children of God.”

C. S. Lewis, who famously portrayed Christ as the lion Aslan in his Narnia tales, also personified evil in That Hideous Strength as the vivisectionists of N.I.C.E., the National Institute of Co-ordinated Experiments.  In his personal life, Lewis was an extravagant lover of animals, feeding mice and diverting fox hunters from their prey.  As Dr. Jerry Root of Wheaton College summarizes, “It is,” for Lewis, “a mark of evil to treat animals poorly; it is a sign of goodness to treat them well.”

The dominance of American political tribalism now makes it difficult to conceive of animal welfare as anything but a “liberal” concern, but that need not be the case.  White Coat Waste describes itself as “pro-animal and pro-taxpayer” and open to those who share either or both concerns.  The group works to reduce the billions spent on federally funded animal experimentation projects that seems to offer little in the way of scientific value.  Do we really still need million dollar caged monkey studies to know that cocaine is addictive and junk food can make them fat?  Is this necessary or just a gravy train fueled by the inertia of a federal budget process that keeps stuffing money into the same holes year after year?

Anthony Bellotti, the movement’s leader is not some granola munching lefty.  He is a faithful pro-life Catholic who has long worked in Republican political circles. (Full disclosure, Anthony also serves with me as a board member for the Earth Stewardship Alliance.)  Just as I do not want my tax dollars going to an organization whose business model embraces abortion quotas and fetal organ harvesting, neither do I want those monies spent to cut the voice boxes out of floppy eared beagles.

Those of us who are rightly alarmed by the priorities on display in this odd cultural moment can either continue to direct our frustration towards tearing down the other stories that seem to be hogging the limelight, or we can affirm their underlying merits and begin to use them to fill in the abortion blind-spot.  The empathy that ABC’s David Muir exhibited towards the “forgotten children” of Mexico—disabled youth literally housed in government funded cages—offers a glimmer of hope.  The same compassionate instincts could logically extend to the unborn.  Both sets of children are seen by many as barriers to self-fulfillment who can, therefore, be dealt with brutally.  The killing of Cecil the lion, a creature lured out of his protected territory and killed not for food or to protect human life but simply as a raw expression of egotistical human power, flows from a neighboring dark place in the human heart.  The response to this act may be overblown but it is not utterly illegitimate.  Mindful that, say, ancient Rome was a far worse place for both disabled babies and beasts, we should be thankful that such pockets of compassion still exist in our culture.  While the overall trajectory is not encouraging, these are still seeds that, if tended well, could grow into a fully human conscience.

© Seedbed 2021
Of Lions and Lambs: Putting Down Animals is Not the Best Way to Counter Today’s Misplaced Priorities
MORE STORIES