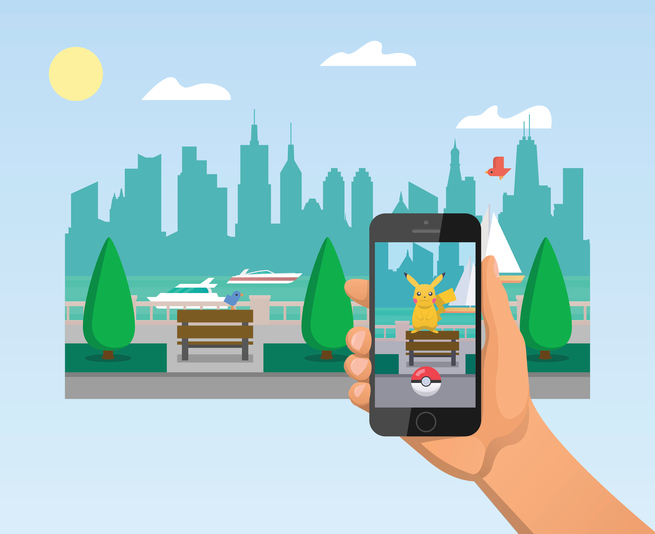 If you haven’t yet heard of Pokemon Go, you are most likely living under a rock. And there is a good chance that there are some virtual creatures living down there with you, waiting to be caught.

The viral game peaked at 25 million active daily users in July, and is responsible for getting those people out into the world around them, albeit to chase invisible cartoons and pretend to capture them. Using location technology and tons of user data, the smartphone app trains its users to explore the world around them, seeing not just the trees and traffic lights and buildings, but another, more enchanted world, full of magic, intention, and purpose.

So what does this seemingly useless, frivolous game teach us about worship?

One of the byproducts of the “Age of Enlightenment” is that the world became, in effect, “dis-enchanted.” So many things that were previously attributed to Pokemon-like “spirits” and “gods” were now defined by scientific terms and natural processes. This trend has only picked up as our scientific tools and research get more precise and accurate. In our modern culture, the surefire way to defend any argument is to claim “data,” “studies,” and “research” as the ultimate authority.

For all the wonderful good that this scientific revolution has brought us as a species, I feel that it has made the church forget the Biblical truths of the unseen realities around us. For example, Paul writes in Ephesians 3:10 that “through the church, the manifold wisdom of God should be made known to the rulers and authorities in the heavenly realms…” Later in the same book (6:12), we are reminded that “our struggle is not against flesh and blood, but against the rulers, against the authorities, against the powers of this dark world and against the spiritual forces of evil in the heavenly realms.” And finally, 2 Corinthians 4:18 states: “So we fix our eyes not on what is seen, but on what is unseen, since what is seen is temporary, but what is unseen is eternal.”

It is clear in Scripture that the human experience is both natural and super-natural. Reality is not just what we see plainly with our eyes, but also what we do not see. And, unlike the silly apparitions in Pokemon Go, the unseen reality that Paul talks about is actually more real than what we see – more weighty, more important, eternal. In Christian worship, we encounter the unseen reality of the most real thing in existence – God’s presence. And we also encounter those “rulers and authorities” that oppose God’s truth.

So what does this have to do with our vocation as worship leaders? For myself, it means striving to remember the reality that exists outside of our ability to materially sense it. It means acknowledging that God can and will work in creative, unexpected ways, and the fruit of the Spirit’s labors may be visible, but may also not be, and that does not reduce their importance. Our worship in Christian community is analogous to the altered reality of Pokemon Go, in that we are living in the visible world, yet acutely aware of the unseen reality of God all around us. We are traversing life together, using simple natural things like bread and wine to remind us of the undeniably real grace that resounds in every corner of creation, if we but look and listen closely. Corporate worship is a collective fixing of the eyes, re-orienting us to the “enchanted” world of God’s love, and moving us together towards the kingdom of God. And our worship is also, as stated in Ephesians, the method by which unseen powers of darkness and evil are disarmed and dealt with. God is working “through the church” to accomplish purposes we cannot even begin to comprehend.

It is a lot of importance to place on worship. But I think it is simultaneously freeing to know that God works and acts and moves in, around, behind, and through the seen reality of our lives. We are only told to fix our eyes on Jesus, and to follow faithfully.