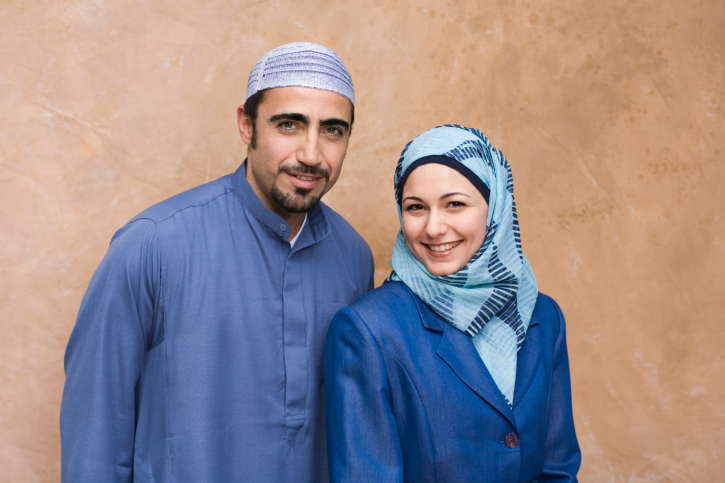 Last week, Billy Graham’s son, Franklin, called for a stop to all immigration of Muslims because, “Every Muslim that comes into this country has the potential to be radicalized.” He then looked to the U.S. treatment of Japanese during WWII as inspiration for a solution.

His comments did not cause me any shock and awe. Since elementary school to last night, I’ve heard different versions of racist, bigoted, or uninformed comments about Muslims.

Like the one time, somewhere between 9/11 and the invasion of Iraq, when I received an email from a friend in ministry. It was a joke that read something like this:

I reminded him my father is a Muslim from Iraq, so I found the joke theologically tasteless and unfunny. My friend replied that he understood, but as a Christian I should be more concerned with being on “God’s winning side.”

As a Christian pastor with a Muslim immigrant heritage, I’ve watched with sadness and anger at the trend, in both church and politics, of creating Muslims as “the other.” A less than human entity without a face or a story.

But my family has pretty common Muslim stories: being kids, falling in love, a first kiss, suffering loss, trying to get an education, wanting to have a family, looking for jobs, going on vacations… in other words: common human stories.

Through Jesus Christ, God is redeeming our little human stories into his great divine story. The nature of the incarnation puts us face to face with real people with real stories. When we choose to distort or willfully ignore another’s story, we deny the incarnation and change what is happening. We need to get our stories straight.

There are Muslims who commit horrible acts of violence, but violence is not unique to Islam. It is common to all humanity. In our fallen depravity, all of us are capable of being radicalized by sin. But the gospel doesn’t discount anyone from grace and salvation, even terrorists. Take Paul, who started out as a religious militant, overseeing the execution of those he saw as infidels.

He went on to become the apostle author of most of the New Testament.

If we believe in prevenient grace—that Jesus is pursuing every person—we can only know what he’s up to by entering into their story through holy love. How can we join in if we are running in fear from, discounting, or demonizing those made in the image of God? Dehumanizing may be a casualty of war, but it should never be a casualty of the gospel.

Get Timothy Tennent’s Intro to Islam video series in our store.