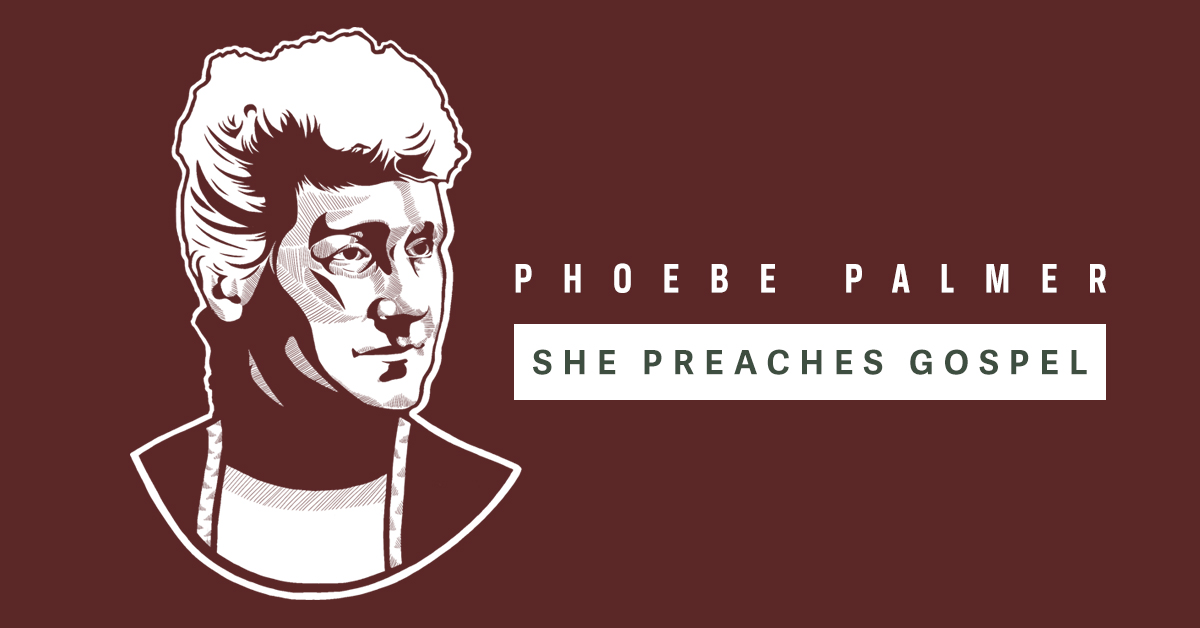 Each month we will publish a new profile that highlights a woman’s unique contribution to the kingdom of God, with the chance to order a t-shirt designed especially for this series. Use the hashtag #SHEPREACHESGOSPEL to showcase where you’re wearing your apparel, or to honor and highlight the work of women in spreading the gospel throughout the world. Read the introduction to the series here. Get your t-shirt here! 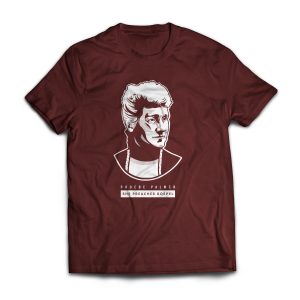 Phoebe Palmer tells her story in the journals, sermons, and books that she wrote. She was born Phoebe Worrall on December 18, 1807 to Henry and Dorthea Worrall. Phoebe was the fourth of sixteen children, but only eight of the Worrall children lived to adulthood (White1-2).

The family lived in New York City where Henry Worrall owned an iron foundry and machine shop. The family was very active in the Duane Street Methodist Episcopal Church, and they held family worship in their home each morning, evening, and at meal times. Writing in the third person, Phoebe reported that “at the age of thirteen she became ‘a seeker of salvation and united herself with the people of God’” (Oden 60; Pope-Levison 61).

On September 28, 1827 at the age of 19 Phoebe married Dr. Walter Clarke Palmer, a physician who had also been raised in a devout Methodist home. She bore six children. The first son, Alexander was born on their first wedding anniversary, but he died eleven months later. In the spring of 1830, Phoebe bore her second child, Samuel, but he lived only seven weeks. Eliza was born in August of 1835, but when she was eleven months old she died in a nursery fire (White 5-9). Three children—Sarah born in 1833, Phoebe born in 1839, and Walter Jr. born in 184—survived to adulthood (White 38, 40).

Phoebe saw the death of her three small children as a call from God to deepen her spiritual walk. From the time of her conversion at the age of thirteen she was dissatisfied with her religious experience and “long[ed] for the full assurance of faith” (Wheatley 21). She believed that there should be something more, and feared that she allowed others, including her children, to draw her attention away from God.

After Eliza died in the summer of 1836, Phoebe made a conscious decision to trust God’s love and goodness in spite of her anger and pain. She resolved to use the time she would have spent caring for Eliza to work for the salvation of souls. She struggled to receive the assurance that she had totally consecrated herself, and all she had—herself, her children, her husband, and her possessions—to God, that she was sanctified and truly walking in The Way of Holiness (White 8-9).

The assurance she sought came on July 26, 1837. She referred to it as her “day of days,” and from then on celebrated its anniversary each year. In 1835 Sarah Thomas Lankford, Phoebe’s sister and brother-in-law moved in with the Palmers (White 7). On May 21, 1835, Sarah fully consecrated her life to God. Each week, Sarah led two women’s prayers meetings at two different Methodist Episcopal churches. She decided that it would be better use of her time to combine the two meetings and hold them in her home each week on Tuesday afternoons. She held the first Tuesday meeting in February of 1836. These meetings eventually became the Tuesday Meeting for the Promotion of Holiness.

The Tuesday after Phoebe received the assurance of her sanctification, she testified about her experience at the Tuesday meeting. Her passion for evangelism and holiness led her into numerous ministries. First, she joined her sister Sarah in leading the Tuesday Meeting for the Promotion of Holiness. In 1840 Sarah moved to upstate New York, and Phoebe assumed the responsibility for leading the meetings. They grew significantly under her leadership and continued until 1874. At first only women attended the meetings, but men soon joined the group. Both lay men and women and prominent church leaders from numerous denominations including influential pastors, theologians, and the founders of a number of universities attended the Tuesday meetings and were influenced by her teachings (White 161-165, Pope-Levison 63, Oden 6-7, 136-143, 309-310).

Second, Phoebe Palmer was a prolific author. Books about and by Phoebe Palmer are readily available on today’s market including one of her first publications, The Way of Holiness. During her lifetime she wrote a total of eighteen books, and for eleven years she edited the Guide to Holiness, a widely read religious periodical that had an international readership (White 233).

Third, Phoebe Palmer traveled widely as an evangelist. Beginning in 1838 she spoke at camp meetings throughout the USA. Her husband traveled with her to some of the summer camps, and when Phoebe spoke at revivals throughout the year, he joined her whenever he could free himself from his medical practice. In 1859 he gave up his medical practice to work with her in full time evangelism (White 43). For four years, from 1859 through 1863, they traveled throughout England holding revivals and speaking at camp meetings.

Fourth, Phoebe Palmer’s was a humanitarian. Her passion for evangelism led her into some of New York City’s poorest districts. She became convinced that to win people to Christ she must minister holistically. People who were hungry, inadequately clothed, ill, un-sheltered, uneducated, and unemployed would not respond to the invitation to follow Christ until their pressing physical needs were met. She was instrumental in founding Five Points Mission, one of the country’s first rescue missions.

Finally, Phoebe Palmer was a feminist. She considered scriptures such as Acts 2: 17-18 and Joel 2:28-29 and the stories of Deborah in Judges 4-5 and Hulda in 2 Kings 22, and reached the conclusion that God did call and gift women to preach. She believed that all who were sanctified had an obligation to testify in church about their experience. Phoebe wrote Promise of the Father which was about the position of women in the church (White 189-190). She believed that God called women to speak and preach in the church, and they had a duty to fulfill that calling. Her views on feminism grew out of her deep faith and her study of the scriptures (White 205-206).

Her biographer Charles Edward White says, “Phoebe Palmer’s contribution to American religious history is immense. Her contributions to theology, revivalism, feminism, and humanitarianism mark her as one of the most influential American women in her century.”

Wear your support for during Women’s History Month! Get your SHE PREACHES GOSPEL t-shirt from our store here, and use the hashtag #SHEPREACHESGOSPEL to showcase where you’re wearing your apparel and to honor the work of women in spreading the gospel throughout the world.