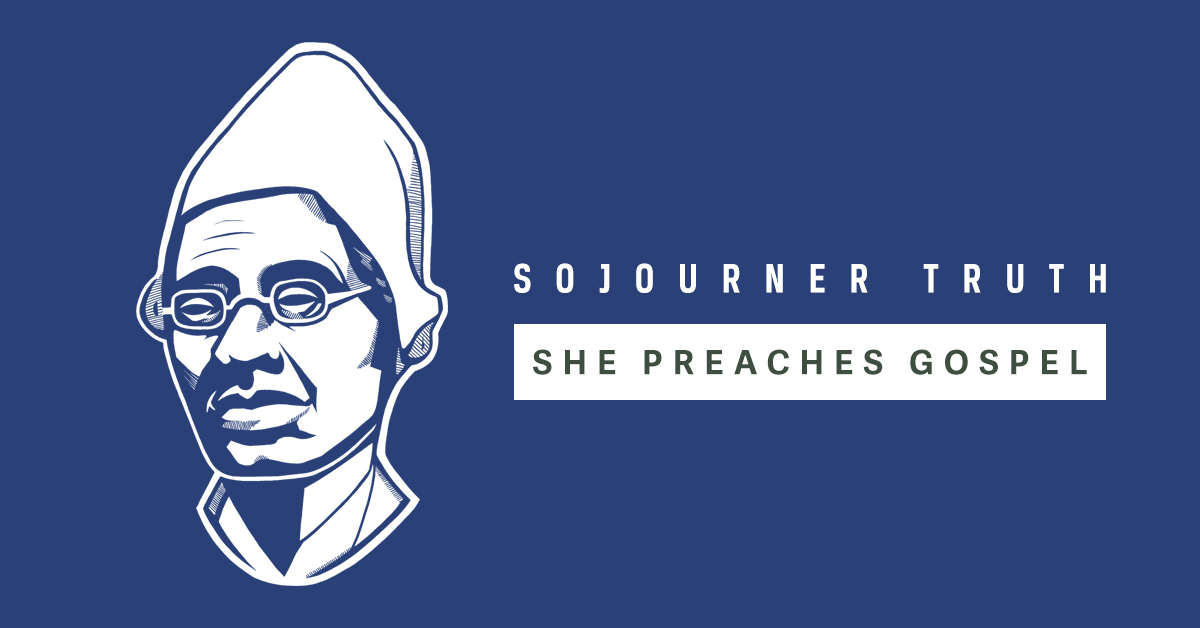 In 1797, Sojourner Truth was born a slave in Ulster County, New York. Her given name was Isabella. She remained a slave until she was almost thirty years old. Though never learning to read and write, she became an itinerant preacher, a spokesperson for abolition and women’s rights, and an advocate for freed slaves following their emancipation. 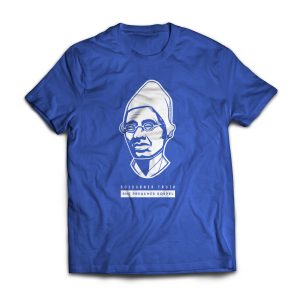 She had an audience with presidents Lincoln, Johnson, and Grant. In 1850 with the help of Olive Gilbert, her neighbor, friend, and supporter, she published The Narrative of Sojourner Truth. Later, in 1875, and again in 1884, Francis Titus compiled updated versions of the Narrative. Because she lacked the skills to write, her story was always interpreted and filtered through the eyes of those who assisted her.

Johannis Hardenberg and later his son Charles owned Isabella and her parents. Dutch, the language of her owners was Isabella’s first language. After Charles died, Isabella, who was nine years of age, was sold to an English speaking family.

“Her trails in life” began when she was auctioned off. Her new owner did not speak Dutch, and Isabella did not understand English. She was inadequately clothed, suffered extreme frost bite, and her inability to communicate with her new owners led to lashings, one of which left permanent scars on her back. Within a year a tavern owner and fisherman purchased her and she worked in his tavern. At the age of twelve or thirteen she was further sold to John J. Durmont and remained with him for sixteen years.

In 1817 the state of New York passed a law saying that all slaves born before 1799 would become free on July 4, 1827. Durmont promised Isabella that he would grant her freedom one year early on July 4, 1826. However, Isabella severely injured her hand, and she was unable to perform her usual duties. When the promised day of freedom arrived, Durmont claimed that she still owed him work time and would not free her until the following year. Isabella decided to finish spinning Durmont’s wool, and leave. In November of 1826, she departed, taking her infant daughter, Sophia. She made her way to a farm few miles away that belonged to Isaac and Maria Van Wagenen who opposed slavery. When Durmont came to reclaim Isabella and the baby, Van Wagenen paid him twenty dollars for Isabella and five dollars for the baby. Isabella worked for Van Wagenen for about a year.

Isabella’s five year old son, Peter, had been sold to a Southern slave owner. A New York state law did not permit any New York slave to be sold out of state. With the help of some Quakers and abolitionist lawyers, Isabella went to court,won the release of her son, and took him with her to the Van Wagenen home.

Isabella had been at Van Wagenens for a few months when her former owner, Durmont, stopped to see her employer. She decided to go back to Durmont and was preparing to depart when God revealed himself to her in a vision. When she came to herself, Durmont had already departed. She said that she had met Jesus. In March of 1832, she had a friend record the date of her conversion on a piece of paper. “It is now five years this winter since I knew there was a risen Savior” (Ortiz, 38).

While living with the Van Wagenen’s, Isabella attended Methodist camp meetings and attended a Methodist Episcopal Church. In September of 1828, Isabella took her son Peter and migrated to New York City where she lived with middle class whites who provided housing and employment. In New York she first attended the integrated John Street Methodist church, but she soon moved to the “Zion African Church, which later became the mother church of the African Methodist Episcopal Zionists”.

Dutch Pietists and Quakers also influenced her. She studied the scriptures by hearing them read to her without comment. She preferred to have children read them to her because they would read a passage again and again without making any comments, but adults would explain the passage to her when she asked them to read it repeatedly.

Between 1832 and 1835 she had dealing with a cult. When some of the cult members accused her of being responsible for the death of one of the cult leaders, she collected character references from her former owners and employers, went to court, and sued her accusers for slander. She won the case and was granted a settlement.

After Isabella left the cult, she concentrated on helping her son Peter who had come into conflict with the law. In 1839 he took a job on a ship and went to sea. After he left, she received three letters from him, but did not hear from him again.

On June 1, 1843, Isabella left New York City. She gave her employer an hours notice saying that the Spirit had called her, and she was headed east. Her “last name was always the name of her master…and since the Lord was now her master, and His name was truth, she would name herself Sojourner Truth” (Ortiz, 45). She carried with her only two New York shillings and a few belongings that fit into a pillowcase. “Her mission was not merely to travel east, but to ‘lecture’…‘testifying of the hope that was in her’—exhorting people to embrace Jesus and refrain from sin” (Gilbert, Truth, and Painter, 68). She used scriptures when she preached, but always used the text, “When I found Jesus”.

Late in 1843 she joined the Northhampton Association based in Florence Massachusetts where she met men and women who were deeply involved in the abolitionist and women’s suffrage movements. The association dissolved in 1846, but Sojourner remained in Massachusetts for several years and traveled extensively preaching and lecturing. In the 1850s, she spoke at rallies that promoted abolition of slavery and women’s rights. She was different from other black abolitionist in that “she was one of the few black people of that time who spoke almost exclusively to whites, individually or in groups, and few blacks worked as closely as she did with white abolitionists” (Ortiz, 60). A speech titled, “Ain’t I a Woman” that she delivered in Akron Ohio in 1851 is widely quoted. After slaves were emancipated, she became an advocate for freed slaves who were made homeless and destitute and left little hope of employment.

In 1857 she relocated to Battle Creek, Michigan. Sojourner died on November 26, 1883. As Nell Irvin Painter described her, “Truth was first and last an itinerant preacher.” But she also traveled the American land wide and far, denouncing the institution of slavery, and on the positive hand, she advocated for freedom, women’s rights, and even temperance.

Order your Sojourner Truth t-shirt from our store today.