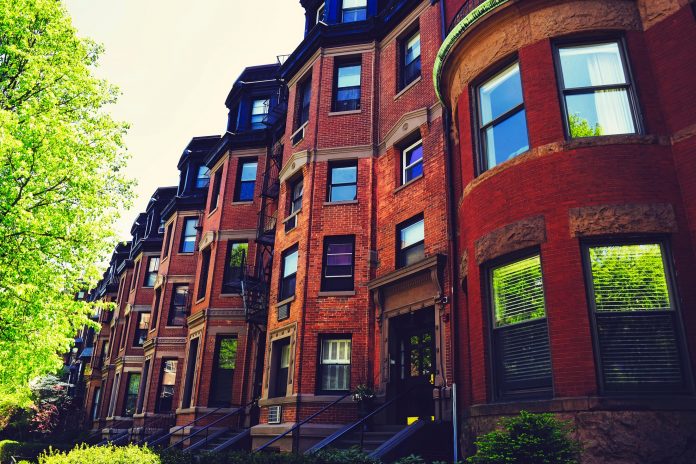 We need new practices of church planting for the challenges of a post-Christian society. (David Fitch)

Maybe you are thinking, Why do we need to start new churches? Aren’t there enough churches already out there? Here I want to answer some of the major myths about church planting. As we scan the pages of Scripture and also our surrounding world, we see that the world is in desperate need of new churches. But not everyone sees it that way. After conducting a series of interviews with a variety of people, I have compiled a list of six common myths that surround church planting. In an effort to help newcomers understand the reality of church planting, I have listed fact-based responses to each of these six myths.

1. Too Many Churches Already Exist

Reality: As we have already said, there are two billion people who do not know Jesus, and nearly one-third of the people on the planet do not have a local church to attend. The truth is, despite how many churches you see in your community, the vast majority of people around the world are not connected to a local church. Consider the following statistics in North America alone.

The fact is, many denominations in North America are declining rather than growing while the population has more than quadrupled! Eighty to 85 percent of all churches in the United States have either stopped growing or are in decline, and an estimated three to four thousand churches close their doors each year! (Win Arn, cited in Ed Stetzer, Planting New Churches in a Postmodern Age [Nashville, TN: Broadman & Holman, 2003], 10.)  Only 17.5 percent of the population is attending a Christian church on any given weekend and that figure is projected to fall to 14.7 percent by 2020. (David T. Olson, The American Church in Crisis: Groundbreaking Research Based on a National Database of over 200,000 Churches [Grand Rapids, MI: Zondervan, 2008], 29.)

So how can we combat this drastic decline? The answer is that we need new churches that are planted according to a scriptural model to reach people with the gospel of Jesus Christ! Ed Stetzer and Daniel Im remind us, “Church planting is essential. Without it Christianity will continue to decline in North America.” (Stetzer and Im, Planting Missional Churches, 7.)

Reality: Becoming involved with church planting can actually bring new life and missional vitality to existing churches, pastors, and church members. Church planting isn’t just for lone-ranger church planters, but works best if it is in concert with existing congregations working together to expand the kingdom of God through starting new churches in a city or region. Churches that engage with church planting can be energized and experience new life as they seek to recover the mission of God in their community or region. British church planters Tim Chester and Steve Timmis believe that existing churches can benefit from partnering with new ones, “Far from weakening a sending church, church planting is a vital opportunity to refocus the life of the church on the gospel.” (Chester and Timmis, Total Church: A Radical Reshaping around Gospel and Community [Wheaton, IL: Crossway, 2008], 96.)

The important thing to take into consideration is communication among local churches and pastors. Oftentimes, church planters don’t seek the support of local churches and come across as if they are trying to do their own thing. I would recommend that you avoid this at all cost. Also, if you are a pastor or a member of a local church, I would encourage you to find ways that your church can help be involved in church planting. It might just bring new life to your church!

3. Church Planting Is Too Expensive

Reality: Church planting doesn’t have to be expensive. Congregations can meet in homes, coffeehouses, or other locations that do not require a lot of start-up money. If you are talking about raising money for a full-time salary for multiple staff, buying a building, etc., then you are right. There are only a few who can pull off that type of church planting prior to starting a new church. However, many people are able to start a new church on little to nothing. Church leaders like Neil Cole, who oversees Church Multiplication Associates, advocates an organic approach to church planting that is small and focused primarily on discipleship. (See Neil Cole, Organic Church: Growing Faith Where Life Happens [San Francisco, CA: Jossey-Bass, 2005]).

4. Church Planting Is for a Select Few

Also, church planting isn’t just for young people. Nothing could be further from the truth when it comes to church planting! Church planting is one of the most multigenerational ministries that I have witnessed. People who are involved in church plants are from all ages and backgrounds. When I was working on my doctorate, a fellow student named Bill who was in his seventies had planted a church in a retirement community in Florida. In a few years, the church that Bill planted had grown to more than one thousand members. I want to be like him when I grow up!

5. Church Planting Is What Missionaries Do, Over There

Reality: In many ways, North America has become the new mission field. Whether you like it or not, the mission field has come to you, regardless of where you live. I strongly believe that church planters are modern-day missionaries serving in a variety of new mission contexts. Church planting is needed in every context, in every part of the world. There are new churches being planted in all parts of the world, including rural, suburban, urban, and even mall churches, to name a few.

We need churches to be planted in every city, region, and nation to reach the two billion people globally who do not know Jesus Christ. Church planters are always looking for where they can start a new church. As I drive around a new city I often find myself thinking, That would be a great place to start a new church. As you look around, begin to think like a missionary and assess the needs of your city. Ask yourself the question, “Where does my community need a new church?”

6. A Church Planter Needs to Be an Extreme Extrovert

Reality: There is a common stereotype that church planters are type A, extroverted, caffeinated, charismatic individuals who can draw a big crowd, but I would strongly challenge that notion. This myth has kept more people from engaging in church planting than any other. The truth is, God uses all kinds of people to plant all kinds of churches.

Many of the church planters I have met are not extreme extroverts, but ones who share a common passion to reach beyond themselves to see people come to Christ through planting new churches. While church planting does involve trying new things and being flexible, it does not require that you be an extreme extrovert. A friend of mine named Ben was turned down by a church-planting network for not being an extrovert. I began to coach him and he eventually planted a church that grew to more than five hundred people and became a regional network leader. The work of church planting calls for someone who has a humble heart and is willing to do whatever the Lord has called them to do. 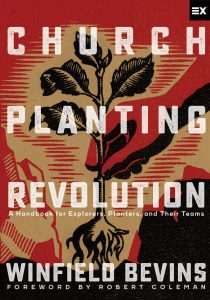 Join the church planting revolution that is happening all around us. Women and men from all around the country and world are mobilizing to reach the lost with the gospel by engaging in a unique surge of church planting. Winfield Bevins’ new book Church Planting Revolution offers an accessible introduction and handbook that leaders, explorers, and team members can use together as they discern what it looks like to be faithful to the church’s missional imperative. Get your copy from our store now.