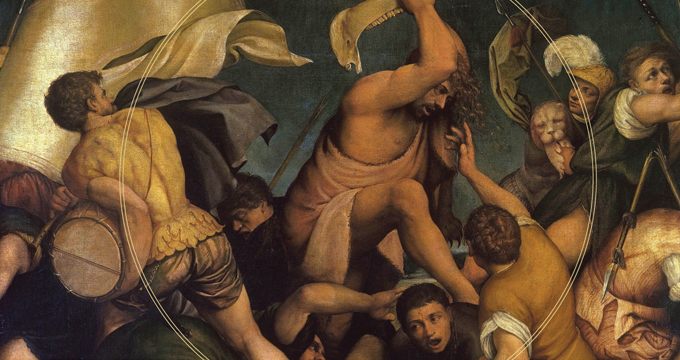 A little over a decade ago, a clergy friend of mine shared the disturbing story of a man who had given up his Christian faith as a result of engaging in deeper study of the Old Testament. He wrestled with the depiction of God he found in those ancient texts and decided that, while he would not stand in the way of his wife’s faith or of his children’s participation in the life of the church, he was ready to lay down his own.

That episode still haunts me. I have had my fair share of conversations with faithful Christian disciples who struggle to make sense of the seemingly strange and distant world of the Old Testament and the God they meet there.

Our Friend in Faith

“Seeing the Old Testament as our friend in faith explains how we can be firmly committed to Scripture, even as we express questions, doubts, and possible disagreements with it.”

In This Strange and Sacred Scripture: Wrestling with the Old Testament and Its Oddities (Baker Academic, 2015), Matthew Schlimm proposes an analogy to help make sense of the variety of texts–composed over centuries, in myriad cultural contexts, that we find in the Old Testament. He writes: “At the heart of this book is the basic idea that the Old Testament is our friend in faith.”

To call the Old Testament our friend seems at first blush to lessen its authority. “Friend” sounds more egalitarian, rather than the hierarchical relationship implied in calling scripture the “Word of God.” But the metaphor is fruitful, especially in dealing graciously and honestly with difficult questions raised today concerning science and creation, sex, violence, the wrath of God, and the reality of suffering (Schlimm has chapters dealing with each of these and more), not to mention the panoply of sordid characters we find in its pages, particularly its supposed heroes. And Schlimm anticipates my unease. “Some will say that we need a more forceful model of biblical authority, one that evokes more power and control. Yet who has more power over us than our closest friends?” Good point.

Any close reader of the bible will find commands that seem to stand in tension with other passages and with our situation today. For example, we have “no standing temple in Jerusalem where [animal] sacrifices could take place” in order to be faithful to certain instructions for worship. Also, is God in favor of a king for Israel or not? Other passages, such as those pertaining to the use of violence, could be listed too. Differences in the bible’s approach to an issue do not indicate a static document’s inner conflict, but instead evidence the dynamism of God in the text. Application is often a matter of asking, “Are my circumstances more like those in Text A or Text B?”

Rather than relegate difficult texts to a category that allows him to dismiss them as divine revelation and place them on an historical discard pile, Schlimm presses into passages that seem far-removed from us (particularly in Leviticus and Deuteronomy) to find connections that illumine more general commands of God—like those to love God and neighbor.

Schlimm articulates a vision for reading the Old Testament, with practical interpretive questions throughout, that make navigating the textual frontier of varied genres and cultural distance possible for modern readers while taking the texts seriously as divine revelation. And while I admittedly feel some reluctance at the use of speech and metaphor that do not overtly uphold a more hierarchical understanding of the bible’s inspiration and authority, this vision makes room for honest struggles and doubts that is truly helpful, both as a follower of Christ and as pastor and teacher in my congregation. The book will make a good group study, especially for those wrestling with questions about the Old Testament. Pastors will find helpful angles for addressing thorny questions in their preaching and conversations with laity about the bible.

This Strange and Sacred Scripture may make some readers uncomfortable, but no more than the Old Testament itself. Schlimm’s willingness and ability faithfully to engage these discomforts with us recommends him as a trustworthy companion.