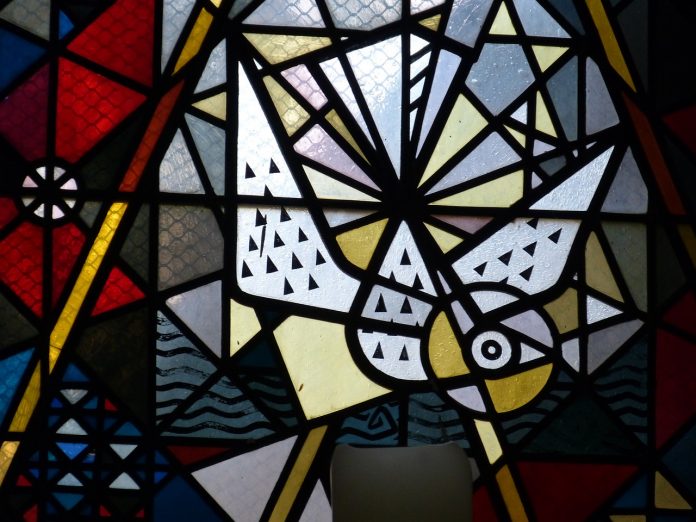 The Day of Pentecost has sparked the Christian imagination with its iconography of inebriation, purgation, and ignition. The tongues of fire alighting on each believer symbolize the cleansing baptism John the Baptist proclaimed of the coming Christ (Luke 3:16) and the enkindling passion that ignited divine-human utterances, first expressed in tongues-speech and then preaching.

Juxtaposed to the symbol of fire is the rushing wind of the Spirit, which snatched up those men and women assembled together into God’s intoxicating presence. Just like the smoke and thunder of Sinai turned a group of slaves into a nation of priests, so Pentecost turned a tattered and broken band into a prophetic nation, the ekklesia of God. Having been enraptured by the Spirit’s cleansing and intoxicating breath, they are sent out into the crucible of life to bear witness to God’s mighty acts and deeds.

What holds the various scriptures and images of Pentecost together is the singular gift of the Spirit graciously bestowed upon the fledgling disciples. The gifts that the ascended Christ distributes to humanity flow through the one gift of the Spirit who is continuously poured out (Eph. 4:7-8). This is the full meaning of the continuation of Pentecost beyond that historical outpouring in Jerusalem.

The Spirit’s mission is a continuous movement out from the Father and the Son, creating and elevating the church in every moment with each gift as it manifests among the people of God. This continuous movement encapsulates Paul’s terms for the Spirit’s actions of creating, uniting, and diversifying the body. The Spirit’s gifts are grace-full (charismata) movements (energēmata) that give rise to body life by producing numerous ministries (diakonia).

As a historical event, Pentecost marks the beginning of Christendom. In the words of Charles Williams, one of the Inklings, “the history of Christendom is the history of an operation. It is an operation of the Holy Ghost towards Christ, under the conditions of our humanity.” The initiation of the new Exodus that Luke’s Gospel records finds its completion in the creation of a new nation at a new Sinai.

From the outset, the Spirit formed a new cultural identity found in the renewed praxis of hospitality among the believers of the church in Jerusalem. This renewed praxis pushed up against cultural divisions such as when the Spirit called upon Peter to break bread with the unclean Cornelius. The Spirit pushes toward Christ by creating a body for Christ to inhabit. Heaven and earth collide in Pentecost.

Although the historical event of Pentecost resides in the past, the mission of the Spirit of Pentecost continues. The Spirit creates a new humanity in which sons and daughters prophesy through the gifts that enable each person to assume a role within the body. Like the Spirit hovering over the primeval waters to bring order out of chaos, the Spirit arranges and fills the body of Christ to construct a living temple.

The diversifying tongues of fire on the day of Pentecost reveal another bestowal of grace above and beyond justifying and sanctifying grace. It is charismatic gifting in the context of God’s intoxicating presence. Within Christian tradition, this has been called a sobering inebriation because to drink the new wine of the kingdom is to wake up to the world. Just as the tongues-speech signifies a divine-human cooperation, so the gifts awaken in believers as they respond to the divine vocation to be ambassadors for this holy nation.
The charismatic gifting in Acts also helps to illuminate the portrait of Pentecost in the Gospel of John when Jesus breathes on the disciples, bestowing the Spirit and granting them authority to extend the forgiveness of sins (John 20:22-23). The authority of Christ flows through the Spirit of Christ and the gifts that the Spirit bestows. Paul’s apostolic calling was a result of the Spirit’s apostolic gifting through which his vocation came. As with Timothy, these gifts may come through the laying on of hands because the Spirit transmits gifts in a manner that binds believers together in love for one another. Pentecost reminds the church that gifts express the authority of Christ and create a bond of love reflective of the Triune God.

An important part of the continuation of Pentecost is that men and women participate together in God’s intoxicating presence and so are sent out into the world as one. Mary, the mother of Jesus, Philip’s prophesying daughters, and Lydia are a few of the prominent women in Acts who continue the mission of the Spirit. They function as authorities in and through the calling to declare the mighty works of God. For someone like Phoebe Palmer, women speak because it is the promise of the Father to pour out His Spirit on all flesh. The inspired speech of Pentecost reminds every woman that the Spirit demanded “of her acquiescence with the condition, whether she would be willing to pass through the crucifying process of speaking, as the Spirit gave utterance, in the social assembly.” It is a prophetic nation that the Spirit continuously creates in and through the grace of Pentecost.

The Spirit of Pentecost never ceases to move, creating the church each and every moment through the bestowal of gifts that build up the body. Distinct from other forms of grace, these gifts come in the context of rapture as the divine breath blows over the soul, igniting a passion that sobers the soul to the brokenness of worldly existence and causes it to move out in mission for the world.

Christian culture is borne out of individuals from every tribe and tongue who create a new way of living together through the sharing of these gifts in hospitality. In this way, they are broken free from tribalism and cultural isolation as the gifts create a new cultural identity that both draws from and transcends their tribe. To be purged, intoxicated, and set ablaze with God’s love so that one takes one’s place in the new nation and moves out in mission with the Spirit—this is the meaning of Pentecost.