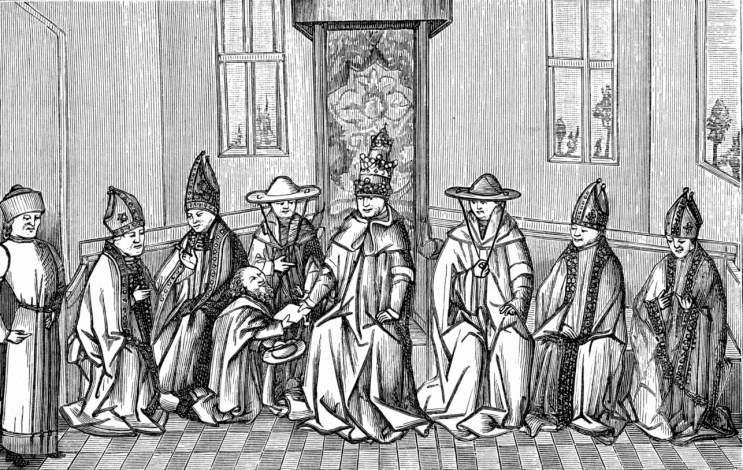 Is it the task of a Christian to shape the ethics of their society?  Should the community of the faithful work tirelessly toward aligning the culture’s moral vision with their own?  If you have observed any of the consumer activism on the part evangelicals in recent months and years, you would have to say that a large majority of us would answer in the affirmative.  What comes to mind are the many boycotts enacted against certain companies who may have supported a “gay agenda” or simply hired a gay spokesperson.  The fact is that, as North American Christians, these are questions we have to ask ourselves as we move very quickly into what many have described as a post-Christian culture.

I love it when God uses a seminary exegesis class as a transformative experience.  God’s Word is unrelenting in its assault on our prejudices, misconceptions and downright stubbornness, and it recently got me again in my exegesis of 1 Peter.  It was here that God began to teach me about living as a sojourner and exile in a strange land.

To establish the identity of his readers, Peter addressed them as “elect exiles of the dispersion” (1 Peter 1:1), and their conduct was to line up accordingly (1:17).  But from what we can gather about his reader’s historical context, it is not likely that civil persecution had come to his original audience yet, and we certainly have no evidence that they had been scattered.  So why is Peter describing his readers as exiles?  It all goes back to establishing identity.  Clearly, Peter is basing it in the story of Israel.  This narrative is the story of God’s people, and it describes well our contemporary context.

Like Peter’s original audience, we’re not scattered or facing heavy civil persecution in North America, but there was still a reason why Peter wants them, and us, to make Israel’s story of exile our story.  One reason for this seems to be the surprise that his readers experienced when they began to face rejection from their society.  “Beloved, do not be surprised at the fiery trial when it comes upon you to test you, as though something strange were happening to you” (4:12).  The reason for their rejection by society, seems to be their refusal to join in the same “sensuality, passions, drunkenness, orgies, drinking parties, and lawless idolatry” as the “Gentiles” (4:3).  When these early Christians refused to do these things, they were renouncing their former cultural identity.  All of these vices were interwoven within the society’s unity and identity, centered in their cultic, emperor worship.

So, Peter’s readers found themselves, for the first time, on the margins of society.  For this reason, Peter is intentional in grounding their identity in the story of Scripture.  In 4:12-19, Peter re-images their resultant suffering as “shar[ing] Christ’s suffering” (v. 13).  As they are insulted for his name, they are blessed “because the Spirit of glory and of God rests upon [them]” (v. 14).  This language, in particular, is heavily coated with messianic undertones (cf. Isaiah 11:2).  Mark Dubis argues in his book, Messianic Woes in First Peter, that Peter envisions this community as one that suffers innocently along with the Messiah, but also necessarily as a community who experiences the foretaste of God’s judgment that must act as a precursor to the final judgment (cf. 1 Peter 4:17-18).  Now, their rejection by society was seen as a part of a larger narrative that re-imaged their reality.

I think many living in the United States can see quite easily how we fit into Peter’s narrative.  It can hardly be said that there is a monolithic society that shares any one set of values at all.  So should our mission be to seek to align our society’s ethics with our own?  The message of 1 Peter advises us to take a humble approach even among those we find morally reprehensible and even if their non-desirable behavior is aimed directly at us.  He admonishes slaves to respect the masters who are unjust (2:18) and wives to respect their unbelieving husbands (3:1-2) citing the conduct of Christ who refused to return a slanderous accusation when he had them hurled at him by his persecutors (2:23).  When questioned on our faith, Peter expects us to provide an answer to our society with “gentleness and respect” (3:15).  In the community that he envisions, we are not seeking to drive cultural conversations about our own specific ethics but to exist alongside the society we are located in as an alternative society reflecting a distinct set of values.  Our attractiveness will have less to do with endless cultural warfare and more to do with our pure conduct winning the hearts of those with whom we reside.

So what are we communicating when we demand that businesses line up with our sexual ethics by seeking to hurt them financially until they do?  We’re essentially living in a way that is opposite of Peter’s admonition.  We’re no longer seeing ourselves as exiles who exist as an alternative society.  Rather, we are now very much intertwined with society and, in a sense, feel that the protection of our values is dependent upon our ability to convince the rest of society to comply with them.  This will actually have a much more devastating effect on our ethics than we might realize.  For if we see our government, culture, or anything other than the Church as the protector of morality, what happens when these entities refuse to protect it?  Do we follow suit?  One need only look at “no-fault” divorce laws to see that the Church often follows the way of the culture when we suffer from the confusion that our ethics must be society’s ethics.  Today, one could find a precious few denominations and local churches that are serious about enforcing Christ’s marriage ethic of one man with one woman for life.

Secondly, let’s say we were successful in forcing society to line up with our ethics through boycotts, legislation, etc.  What will we have accomplished?  In these cases, we are guilty of moralizing apart from any meaningful presentation of the gospel.  Coercing people into lining up with our morality has no transformative power in a person’s heart and life.  We’re simply left with dead men’s bones inside of a nicely painted tomb.  Sure, with enough power and money, we can make society line up exactly with our moral vision—on the outside.  But with regard to our true mission in making disciples, we’ve done nothing.

So how do I reconcile this with my own Wesleyan Holiness tradition that has a rich history of social activism standing against slavery and fighting for the equal rights of women?  I would note that standing up for oppressed people is categorically different from forced ethical compliance. With the former, the only way to help the oppressed person is to stop the oppressor’s behavior.  But with behavior that only affects individuals by their own choice, we can only see true change in them by the power of the gospel, not coercion.  In both cases, the behavior is unacceptable to God’s standards of ethics, but the church’s response to them must be different.

My hope and prayer is that we can re-image ourselves in society as sojourners and exiles.  Let’s change our culture, not by fighting ethical battles through legislation, but through our contagious ethic of love that we display among ourselves and for our neighbor.  Transformation in our surrounding culture will come when they encounter the presence of a living Christ, not our boycotts.