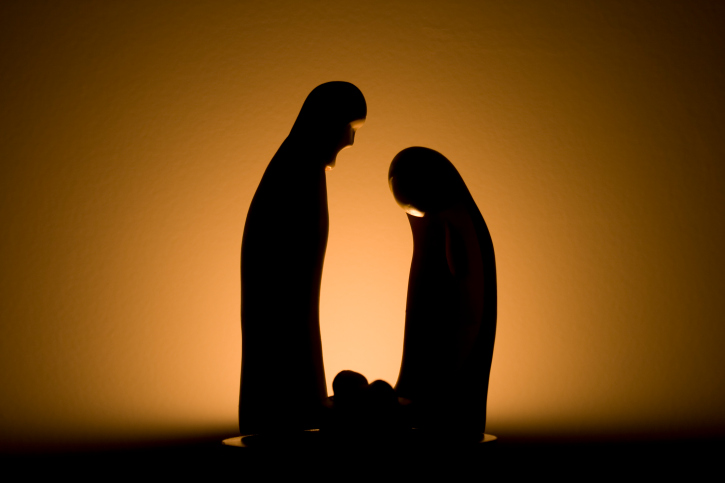 In light of Tuesday’s congressional hearing:

I’m thankful not only that the virgin Mary embraced her Unplanned Parenthood but also that “Joseph was a righteous man and did not want to disgrace her” (Mt. 1:17). I’m thankful that Mary consented to mother the Son of an unconsented conception and that Joseph consented to father a Son of another Father.

I’m thankful too that when Mary received word of her pregnancy from God, that with it came the assurance that she need not fear, that she had found favor with God (Lk. 1:30). She had found special favor with God, because in the life of her unborn Son, who had already been named, was the Life of every son and daughter (Jn. 1:4). His Life made flesh proved that every life made flesh has found special favor with God (Jn.1:14; 3:16), for the kingdom of God belongs to such as these (Mt. 19:16; Mk. 10:14; Lk. 18:14).

I’m also thankful that when her unplanned Son was hanging on a cross the moment before he was able to declare all his work “finished” (Jn. 19:30), that his final provision for the human race was to ensure that his mother would not be left alone and that she would be cared for by the beloved disciple: “When Jesus saw his mother and the disciple whom he loved standing nearby, he said to his mother, ‘Woman, behold, your son!’ Then he said to the disciple, ‘Behold, your mother!’ And from that hour the disciple took her to his own home” (Jn. 19:26-27). If Christ shares the burden of human death, surely He can expect us to share the burden of human life, whether that means adopting babies or adopting mothers–for we all are adoptees (Rom. 8:15; Eph. 1:5).

Jesus became the Son of Man so that we could become children of God (Jn. 1:12-14; cf. 2 Cor. 5:21; Rom. 8:1-4, 28-29), but if we embrace God as Father and claim our right to be his children in Christ, we must embrace one another as family (Eph. 2:19; cf. 1 John–the whole book). “Welcom[ing] one another as Christ has welcomed [us], for the glory of God” (Rom. 15:7; cf. Eph. 4:32) means the embrace of every potential life of a baby, planned or unplanned, for indeed these are the least of “the least of these” (Mt. 25:40). However, welcoming one another means no less than the embrace of every potential mother. When Mary found herself with an unplanned pregnancy, she did not find herself alone. She found herself within the embrace of God and the community He placed around her, and so was empowered to embrace her seemingly uncertain future.

The Church of Jesus Christ must be pro-life, but it must be pro-life in the way Joseph was pro-life at Jesus’ conception and the way the beloved disciple was pro-life at Jesus’ death. We must embrace the life of the unborn precisely by embracing the life of the mother. We can be no less than Joseph for every fatherless child and no less than the the beloved disciple for every lonely mother. But that’s costly. It means making room in our homes–literally. It means welcoming young guys and gals before they find themselves in such a situation. It means welcoming young guys and gals during and after they find themselves in such a situation, as well. It means: we make room for their lives so they can make room for life when it comes–planned or unplanned.

Indeed, Jesus’ Plan all along was to send that defining message to the disciples, that “I am ascending to my Father and their Father, to my God and their God” (Jn. 20:17), so that “those who believe in his Name would be given the right to be called children of God” (Jn. 1:12). So our calling, indeed our right, is to “conform to the image of the Son…the firstborn among a large family (Rom. 8:29).

I’m thankful that the gospel announces God’s Planned Parenthood for all humanity: Jesus Christ, Son of God and Son of Man.

Get About Abortion: 10 Things a New Generation of Christians Should Know from our store.